March Matness ends for the Mountaineers 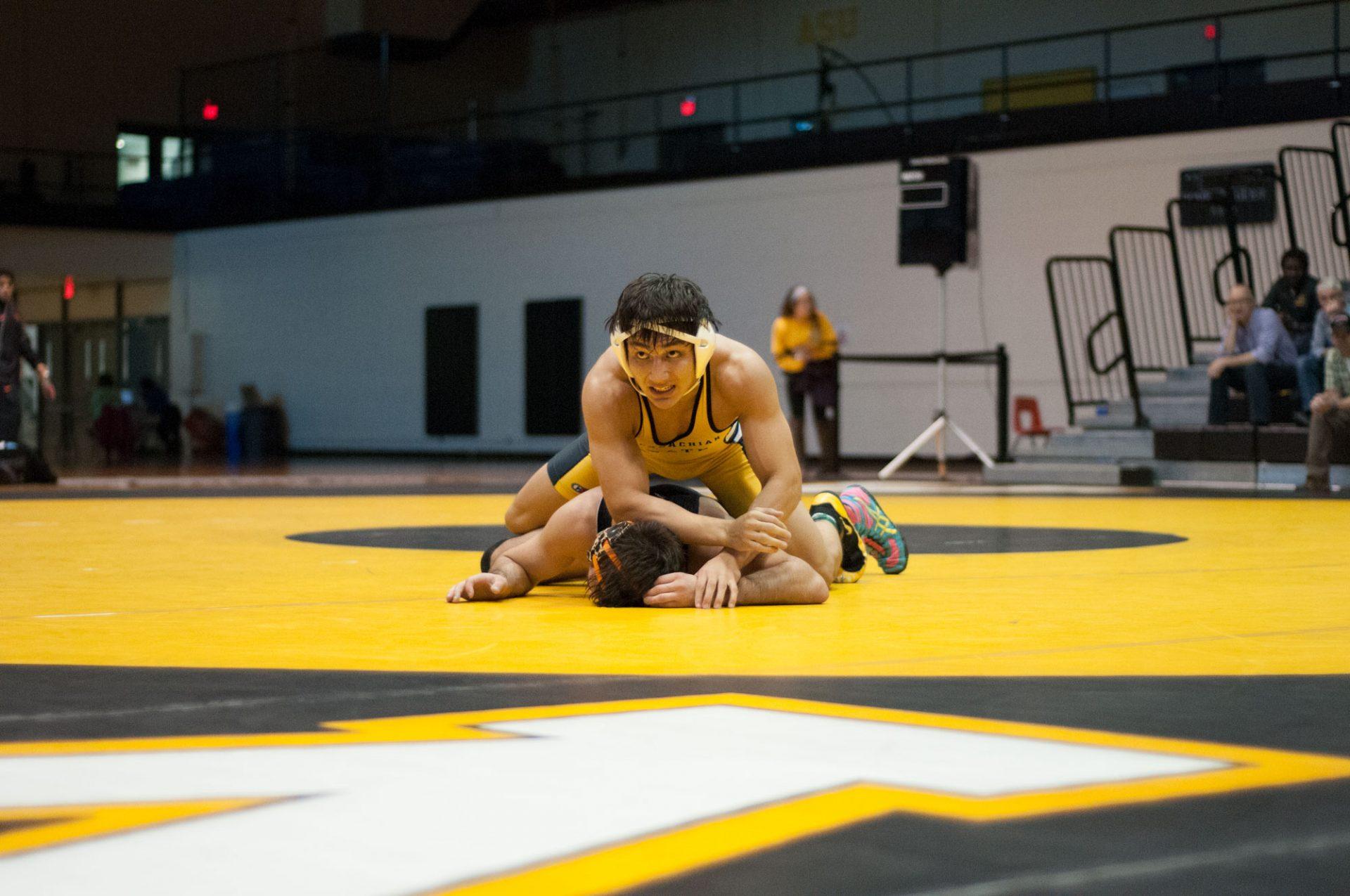 Junior Irvin Enriquez pins his opponent down during a match in the 2016 season.

The NCAA wrestling tournament wrapped up from Quicken Loans Arena in Cleveland, and for Appalachian State, they have a lot to build on after placing 50th in the nation.

For Enriquez and Clothier it was a short time in the tournament as they both were knocked out in their first two matches.

Diabe was able to have some success in the tournament as he won against Corey Greigo of Oregon 8-4 in his second match. His other two matches ended in defeat coming at the hands of third place finisher  Kyle Conel of Kent State 3-2, and Jacob Holschlag of Northern Illinois 16-0.

With one more year of eligibility, Diabe should be encouraged by his one-point loss to Conel, the “cinderella man” of the tournament. With enough work, it may be him having the same type of success in Pittsburgh next season.

The wrestler who went the furthest for Appalachian in the tournament was Przybysz. He was able to make it to the consolation round of eight.

Przybysz won two and lost two matches. His first match was a win of 7-2 against Ryan Christensen of Wisconsin, and his second match ended in defeat to All-American Myles Amine of Michigan 18-3.

Przybysz also won against Kimball Bastian of Utah Valley 4-2, and his last match ended in defeat to Jacobe Smith of Oklahoma State 11-3.

Even in missing All-American status, Przybysz had a great season and career for the Mountaineers. For the rest of these guys, they are a young team and this experience for them will carry over to next year and give them the tools they need to become better.