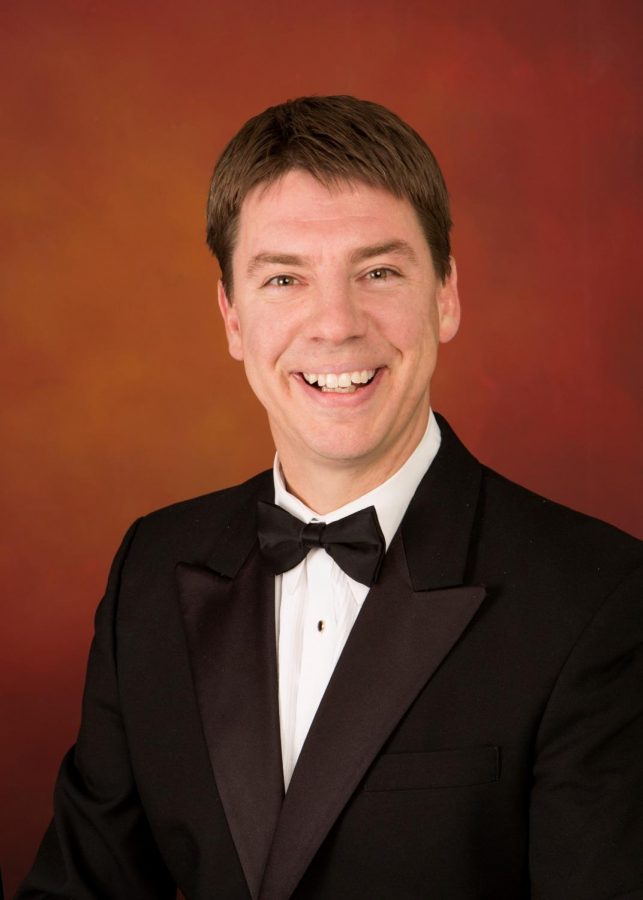 Jason Gardner is the new director of the Marching Mountaineers, and looks to heavily incorporate technology into the program and band's practice routine.

Cell phones attached to instruments are not something usually seen during marching band practice, but for the Marching Mountaineers, this is now commonplace.

The marching band is undergoing new changes under the leadership of Jason Gardner, who replaced interim band director, Don Peach, this fall. A major change Gardner is making to the program is to incorporate technology.

Gardner said the technology will help “North Carolina’s Band of Distinction” work more efficiently in all aspects of the program, including its contribution to waste.

“We’ve gone to try to be a paperless band this year, so we introduced a new app on the phone for the students to use called the Ultimate Drill Book,” Gardner said.

The Ultimate Drill Book, or “The World’s Best Marching Band Tools” as the company has coined itself, is an app designed to help marching band students learn their places on the football field for performances.

Band members can learn their marching patterns and see their sheet music through the app, too.

“Students can actually see animation. They can look themselves up on the field, and they get a whole lot more information than they would get just looking at a piece of paper,” Gardner said.

“One of the biggest things is Gardner’s pacing and accountability. He wants us to keep ourselves accountable and make sure that we’re learning our music. Looking at things ahead of time as opposed to years past, where the director has been more loose on that,” said Escamilla, a senior music education major.

Gardner and Escamilla said using technology to communicate is key to the band’s future success.

“I send out weekly announcements through an app called Remind101 so the students always know what the goal of each rehearsal is going to be. Then they come to rehearsal, and they are better prepared to be efficient,” Gardner said.

As a student leader in the marching band, Escamilla said the new technologies have already started to improve the program.

“It’s all a trickle-down effect. It starts at the top and then goes to the bottom,” Escamilla said. “Communication has gone very well using the Remind and different GroupMe chats with leadership, or just certain sections of the band. I think it’s helped the efficiency; that way, everybody gets the information that they need.”

Sarah Gosnell, drum major, said that Gardner’s changes and passion for the program has helped the band members grow.

“Because he is new, he is able to objectively look at things that we have grown accustomed to and challenge those norms,” said Gosnell, a junior music therapy major. “He is passionate about band and about helping the band succeed on and off the field.”

Gardner said he hopes these changes will benefit the spirit of the Marching Mountaineers, as well.

Although he will graduate in the spring, Escamilla said he is hopeful for the future of the band.

“I can only see this band going up. Already this year, I’ve seen massive improvements from years past, so from here on, I can only imagine it gets better,” Escamilla said.