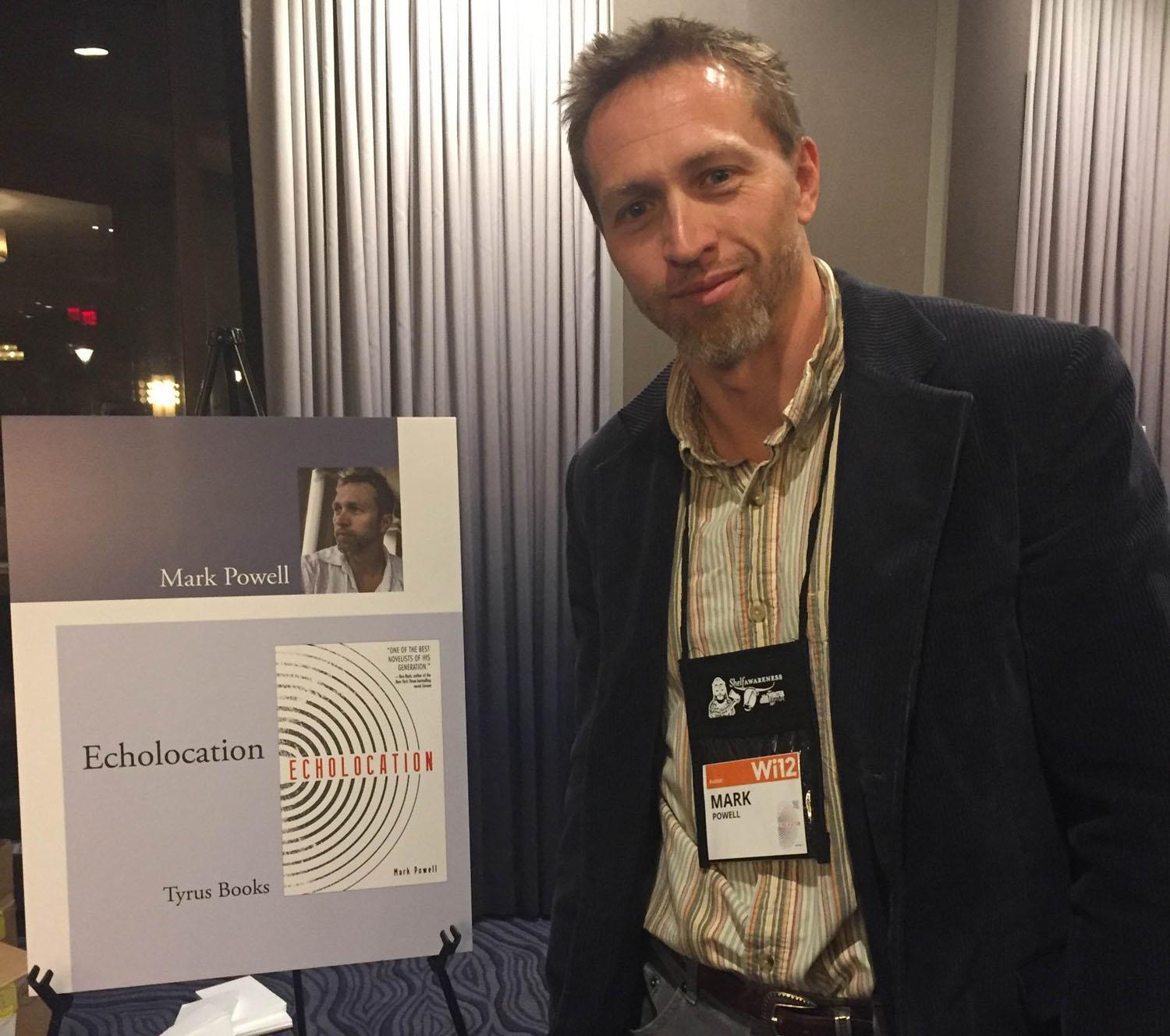 Mark Powell at the Booksellers Expo in Minneapolis where he represented his publisher Tyrus/Simon and Schuster.

Mark Powell is an English professor only in his second semester at Appalachian State University, and his students already feel as though they have grown as individuals and writers by taking his classes.

Since his writing career began, Powell has five novels, one novella, multiple fiction and nonfiction stories published and is in the process of writing his sixth novel.

App State’s English department chair Carl Eby remembered the time Powell came and gave a teaching demonstration in front of the board.

“I was really impressed,” Eby said. “Not just by how he talked about teaching creative writing, but at the ways in which he got his students to read literature with a writerly eye.”

After eight years teaching at Stetson University in central Florida, Powell began his career with App State in August 2016 after moving to Boone with his wife and children.

“My wife and I grew up in the southern Appalachian Mountains and we wanted to move back to that region and raise our children here,” Powell said. “This just looked like a great job and a great place to be.”

Powell said nothing made him decide to be a writer, he had always just been compelled to be one. It was the only thing he could ever see himself doing.

Powell has a number of favorite books, but one book came to mind that sparked his love of writing. “Suttree” by Cormac McCarthy was the first book that Powell read that blew him away.

“It was so powerful,” Powell said. “I would love to be able to do something like that.”

Powell said he draws much inspiration for his novels from his real life experiences.

“I think all writers do,” Powell said. “All writers, whether they admit it or not; it’s the world they experience filtered through. It may not be consciously the world in which you live, but certainly it seeps into it. Writing is a response, a way to make sense of your life.”

Powell’s teaching style has been described as unique, exceptional and inclusive of all students in the class.

Junior creative writing major Claire Brown took creative writing prose with Powell in fall 2016. Brown said the way he had his classroom arranged with the desks in a circle helped her enjoy her experience as his student.

“It made him feel like less of a superior and more of a peer,” Brown said. “It was very comforting.”

Brown said students past and present alike felt welcomed and heard under Powell’s guidance. She said he is a passionate teacher dedicated to helping his students succeed.

Brown said she felt very out of her comfort zone going into a prose class, but said all criticism given by Powell was solely constructive.

She said she never felt torn down without being built up in some other way. She thought he was a great professor especially for people who don’t consider themselves fiction writers.

“I never felt like I had anything good enough to say to be a fiction writer,” Brown said. “But I learned from my experience in his class that writing prose is just another way of self expression.”

Freshman biology major Shannon Donnelly has only just started her class with Powell and can already tell he is a hardworking, dedicated teacher.

“We just started analyzing each other’s stories, but he gives excellent feedback and is very nice,” Donnelly said.

Donnelly highly recommends him to all incoming students, English majors and other.

Brown said she felt more fulfilled and confident in her writing after leaving his classroom and that by giving each student the chance to speak his or her mind Powell makes the classroom a much less threatening environment.

Ron Rash, New York Time’s bestselling author of “Above the Waterfall” wrote, “[‘Echolocation’ is] a beautifully written, disturbing portrait of Americans searching for meaning in a violent, fragmented world. What a marvelous novel this is.”