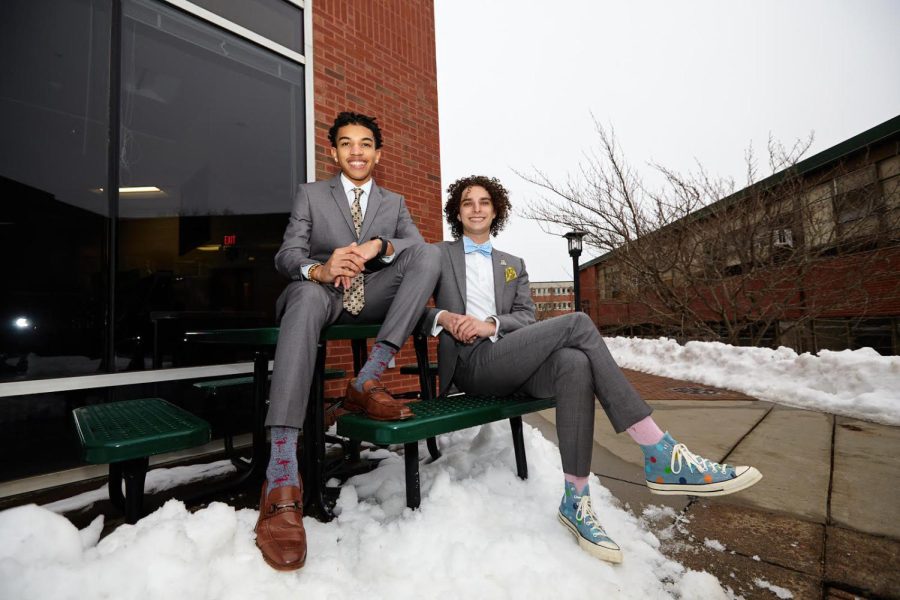 Christian Martin (left) and Evan Martino (right) announced their candidacy for student body vice president and president, respectively. The pair are both members of the App State Student Government Association.

According to Martino and Martin’s campaign website, their campaign focuses on four “pillars of mountain-sized change.” The pillars include: “accountability through transparency, student equity and inclusion, student wellbeing and success, and campus life and development.”

Initiatives within the pillars include mental health days for students, more funding for the Women’s Center and assisting Black at App State with their demands, Martino said.

“Our campaign is more open to change and more willing to implement more ideas. Just looking at our policy points, we’re already clearly more above the other campaigns with our ideas,” Martino said.

Martino is a sophomore political science major from Monroe, and Martin is a junior middle grades education major from Winston Salem.

Martino has been a member of the SGA senate since his freshman year and serves on the sustainable development, rules and Title IX committees. Martino is also a student orientation undergraduate leader.

Martin has been a member of the current administration’s cabinet as director of Diversity and Inclusion since March 2021. Martin is also student coordinator for the Multicultural Center, a member of the Appalachian Educators club, a SOUL and BSA general member.

As a current SGA member, Martino worked on procuring funding for 40 lightboxes for students with seasonal depression and has negotiated for extending the drop period with App State administration.

“The university administration can outlast us, but we can’t outlast them but our passion can,” Martino said.

Martin founded the SGA Title IX committee and recently succeeded in procuring funding for 10,000 N95 masks, which will be distributed to students.

“I feel like we built our campaign on advocacy and accountability. I keep using that word, but those are two important things, and both Evan and myself embody those characteristics,” Martin said.