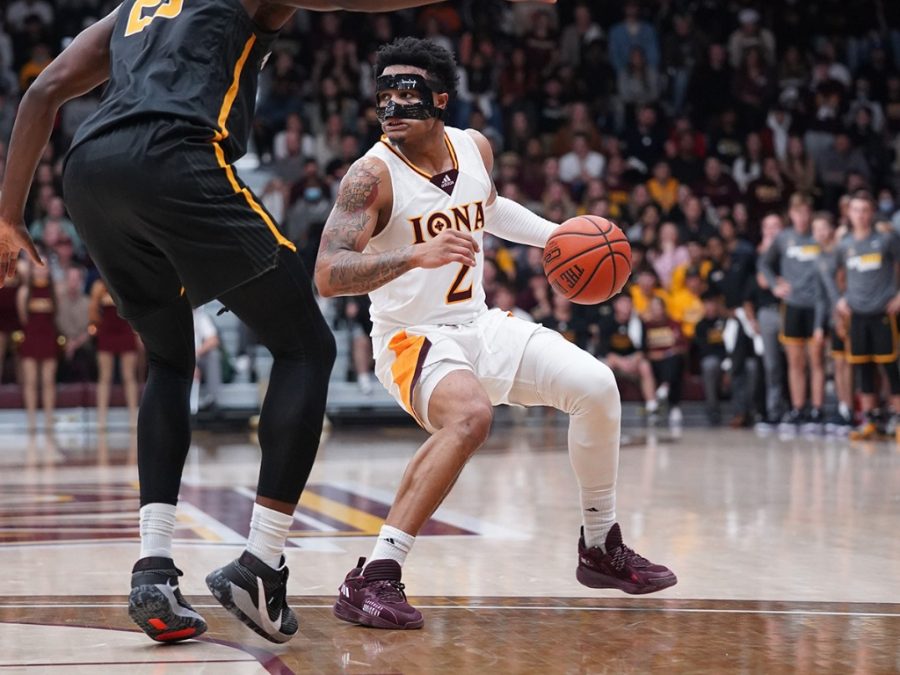 After the Black and Gold took a 35-31 lead early in the second half, both teams exchanged buckets, resulting in a 43-43 tie with 9:28 left to play. The Mountaineers went on to hit just two more field goals throughout the rest of the game. This lack of scoring was due in part to the Iona defense blocking nine Mountaineer shot attempts.

The Mountaineers shot better from the free throw line during the second half, knocking down seven out of 11 free throw attempts. They struggled to get shots to fall from the field though, shooting 9-for-31 in the second half and 1-for-12 from three. This scoring drought allowed the Gaels to establish a lead by hitting 59% of their second half shot attempts and making five free throws in the final five minutes of the game, winning the matchup with a final score of 65-53.