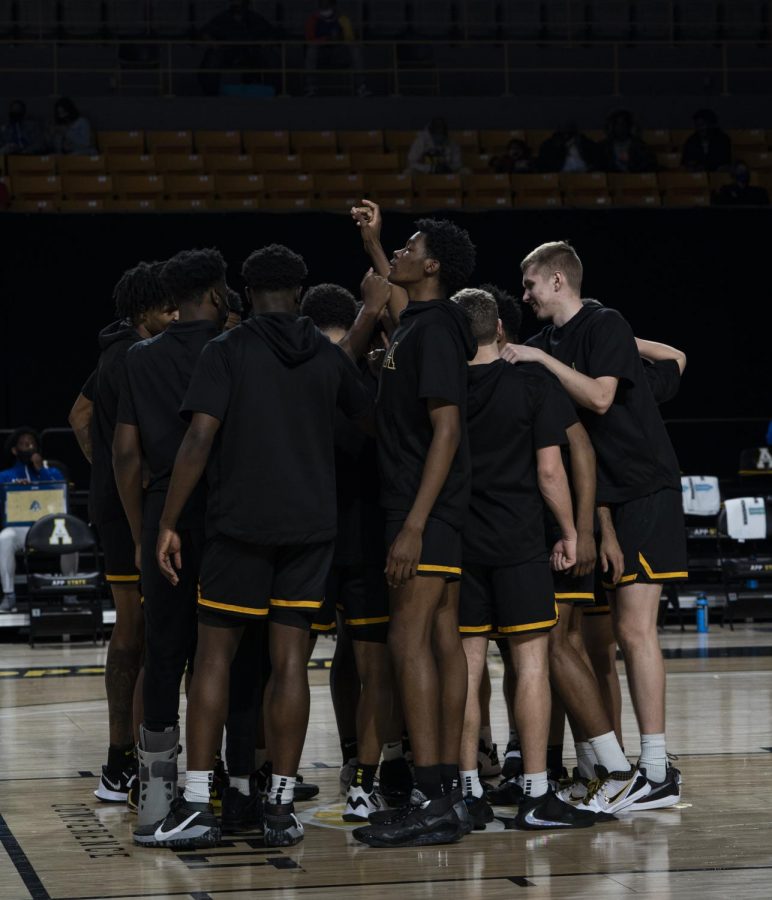 The Mountaineers huddle up before taking the court against in-conference opponent Georgia State. The Black and Gold went on to win 74-61, propelling them to their best start in conference play since the 2007-08 season.

Justin Abson, a 6-foot-9 power forward, makes the trip from North Broward Prep in Coconut Creek, Florida. Last season, Abson averaged 16.8 points and 12 rebounds per game as a junior. App State sent its offer to Abson May 19, just over two months after the Mountaineers won the Sun Belt Championship. Other notable teams to offer the two-star recruit are Sun Belt foes Troy and Georgia State, as well as in-state rival Charlotte.

The other class of 2022 recruit is combo guard Ryan Conwell. Conwell makes the trip from Indianapolis, Indiana, where he currently plays at Pike High School. In his junior season, Conwell averaged 16.4 points per game and ripped down 4.3 rebounds per game. On July 9, App State sent its official offer to Conwell, who is listed as a two-star recruit ahead of his decision.

The two recruits will get the football game day experience as the Mountaineers take on Elon in their home opener.