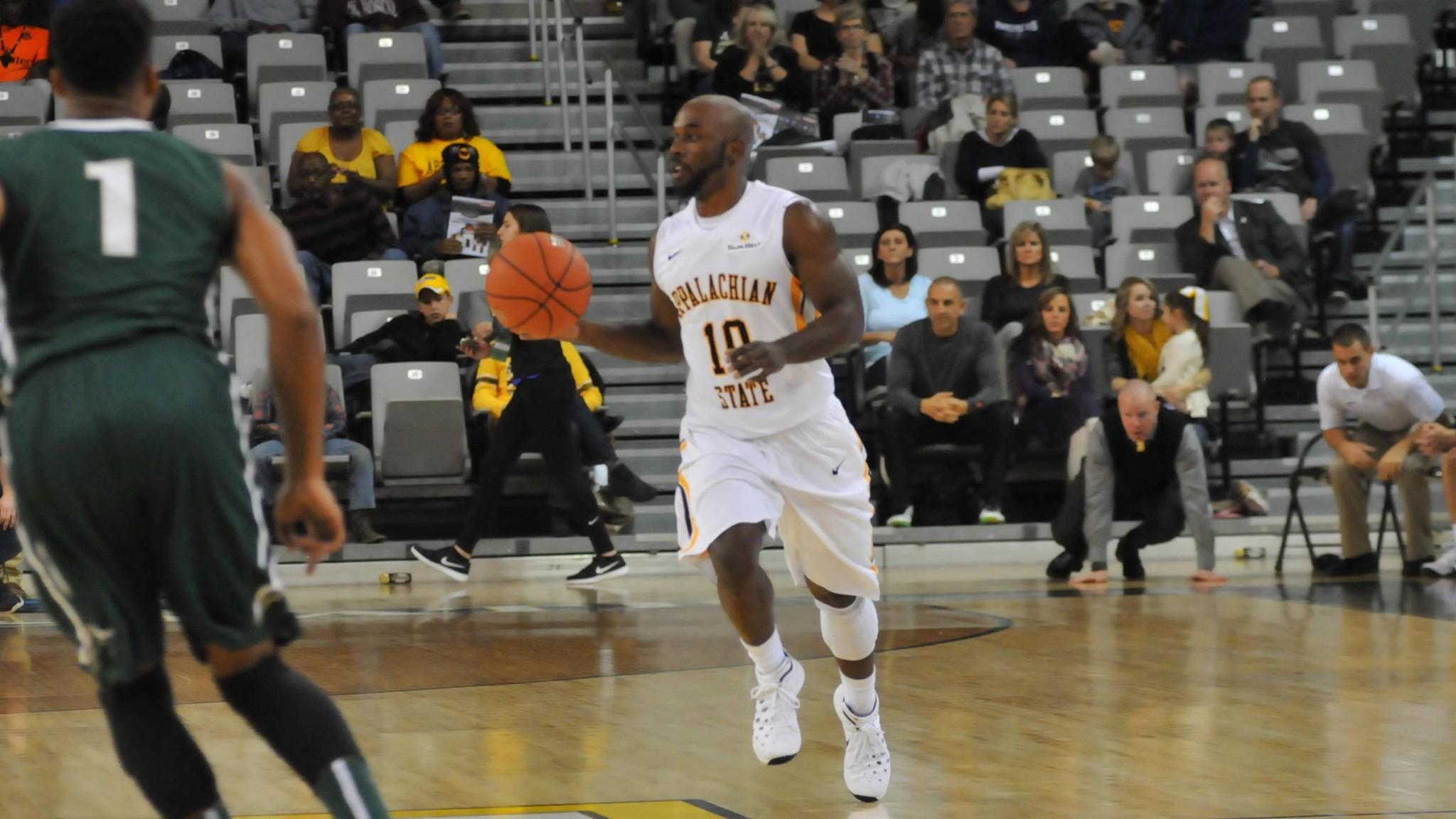 App State men’s basketball (1-0) began their regular season on a high note as they defeated Jacksonville (0-1) in a tight hard fought battle 76-68 on Saturday afternoon.

Neither the Mountaineers nor Dolphins shot very well from the field, as they both missed many shots in a tight first half. App State shot 36 percent from the field in the first half and Jacksonville shot 40.5 percent

“There wasn’t a shot that we didn’t want, we knew as the game went on we would get our shot,” freshman guard Emarius Logan said, who finished with 13 points in his first regular season game.

Senior Jacob Lawson helped keep the Mountaineers in sync the first half as he had four first half blocks with great defensive play. Lawson finished the first half with a huge putback dunk in the final seconds to make the score 32-32 at the end of the half.

App State came out in the second half hoping to make the shots that wouldn’t go down earlier in the game. The Mountaineers did exactly that, as senior point guard Chris Burgess helped contribute to an 8-0 run which gave the Apps a 51-45 lead with 10 minutes to play.

“We just fought as a team, the game was close and really just as a team we stayed together and didn’t break down and didn’t surrender,” Burgess said.

Last seasons leading scorer, senior guard Frank Eaves, struggled through the game as he shot 0-7 from the field and finished with five points. However, Eaves helped App stay in the game with eight rebounds and a team-leading five assists.

“Frank didn’t have his shot going today but he still contributed and it shows great maturity on his part,” head coach Jim Fox said.

The Dolphins did not go away and they came right back to take a 61-60 lead with five minutes remaining in the game.

“Sometimes games won’t be that easy. We just have to find a way to help the team win,” senior forward Michael Obacha said, who finished with 11 points and nine rebounds.

Team chemistry and good freshman play by Emarius Logan down the stretch helped App State regain the lead. Logan hit a huge three pointer with less than two minutes remaining to give App a 71-64 lead.

“I came out a little nervous but our exhibition games helped me,” Logan said. “They helped me with my confidence, but this game is a confidence booster on the season.”

Logan was just one of the bright spots for the freshman who all played very well with guard Ronshad Shabazz playing aggressively with nine points and forward Tyrell Johnson making big plays.

We have so many guys who can do so many different things and contribute in different ways,” said Burgess, who led all scorers with 18 points. “If somebody is not doing as well offensively or defensively, we have a lot of players and depth to help us get the win.”

The Mountaineers will have a quick turnaround as they play Furman on Tuesday at 7 p.m.