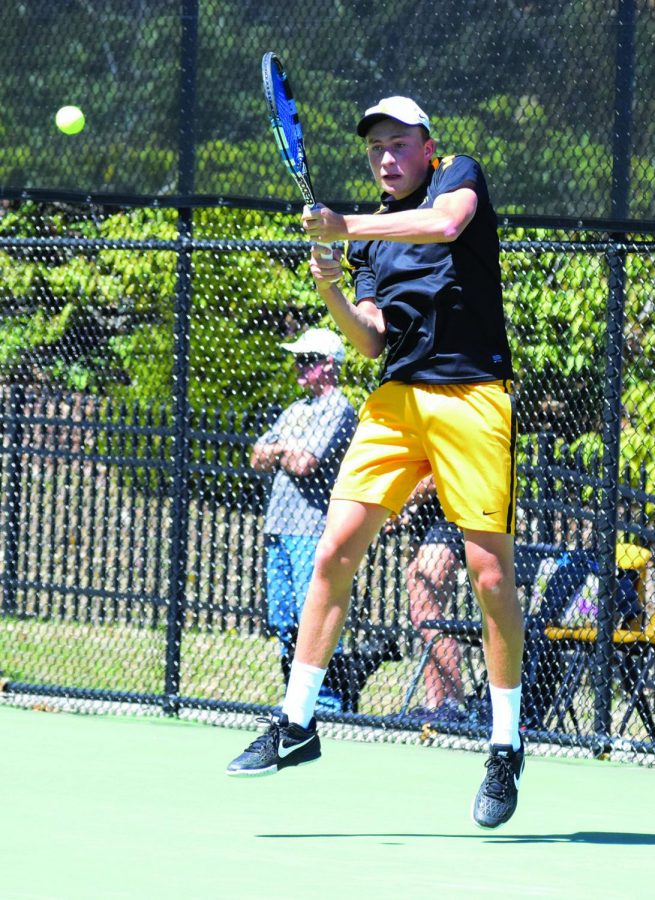 Men’s tennis looks forward to a new era as its spring season begins under first-year head coach Craig Schwartz. Schwartz was hired in June, making this his first season at App State.. With an impressive resume under his belt, including a 14-6 stint at St. John’s University, Schwartz knows how to build a winning program.

“I think we are heading into a good direction,” Schwartz said. “We have only had four days of practice so far, but it’s good to throw guys into the fire so we can analyze those matches and figure out all we need to work on.”

The team will begin its season at Clemson University on Jan. 26. It will be a good first test for a young team that includes four freshman, including top recruit Zion Heaven, Schwartz’s first recruit and a top 200 player coming out of high school.

“I have some nerves but it’s exciting to be part of the team and to be here with coach,” Heaven said. “I feel I can be a leader even as a freshman and help us move forward.”

Heaven stands at 6 feet 5 inches tall and is an aggressive offensive player, Schwartz said. Zion said he and his fellow freshmen are excited to be a part of the program and look to help build it up.

“Zion coming in the fall helped him. It will be great for his transition to the spring. The others guys are just starting now, but they are ready to be thrown in the fire and learn,” Schwartz said.

Though the team is young, it isn’t without veteran leadership. Redshirt senior Campbell Stone enters his final spring season embracing his role as the team’s most experienced member.

“I am looking forward to getting back out there, bringing in some upsets here and there,” Stone said. “I worked on some things coach told me during the offseason. I have my offensive game working for me, so I have really been working on defense.”

Stone added that he thinks his team will fare well this season because of the young freshman players.

Despite the team’s confidence, an early season injury has set them back already. Schwartz said top returner Ben Webster will be out for the entire spring calendar. Webster found out Jan. 16 that he would have to have surgery to repair a broken wrist. Webster has 10 singles wins and 10 doubles wins last season.

“We’re missing Ben, but we are all going to keep working and staying strong and do our best everyday,” Stone said.

This year marks the first year that men’s tennis will play a conference schedule, as the Sun Belt has laid out a spring schedule for all of its teams, including a three-day Sun Belt Conference championship from April 19-21.

“This year we have a mandated schedule and that will help us see where we are at by that portion of the season. It will be interesting to see where all are guys are at mid-March,” Schwartz said.