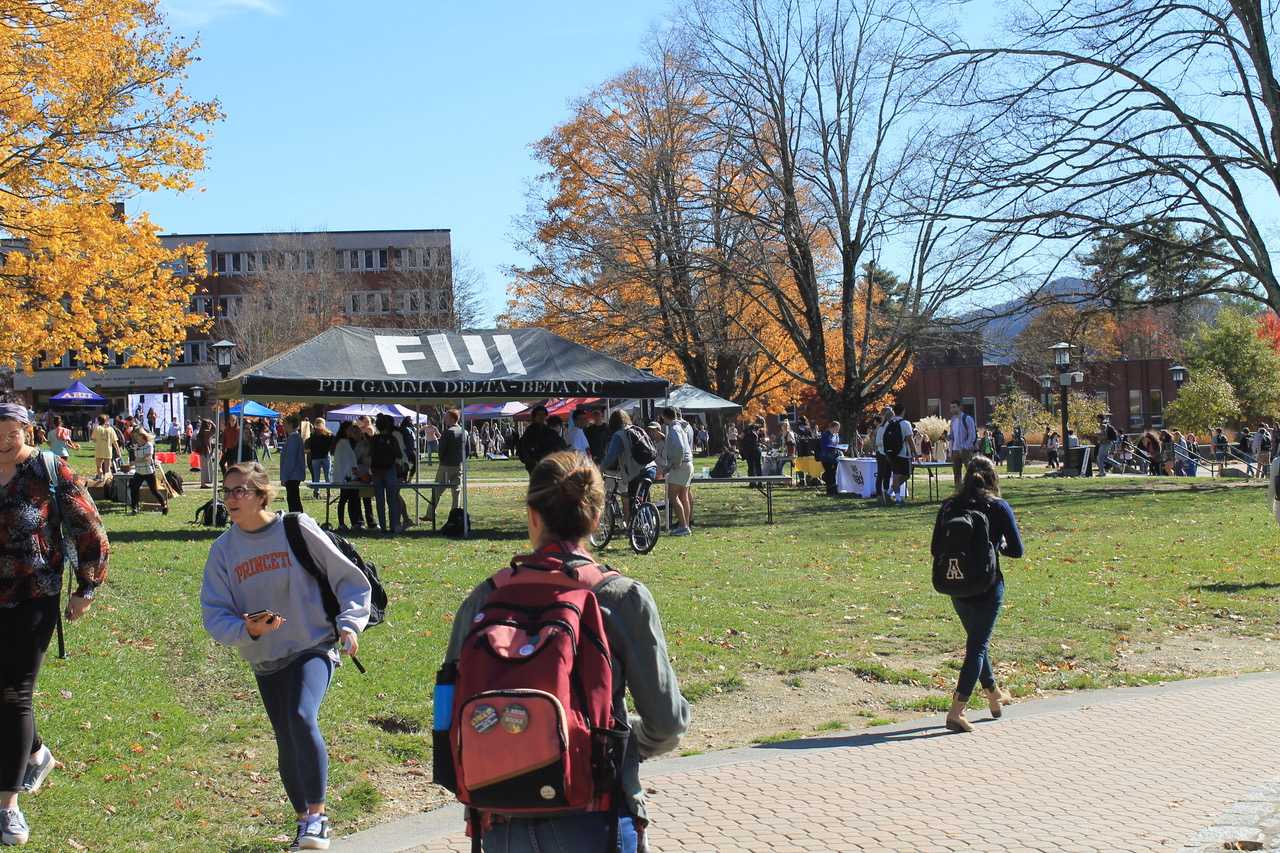 MHA is a group of students who represent the counseling center. They hope to destigmatize mental health on campus.

“We basically do outreach for the counseling center,” Amanda Bianco, senior psychology major and MHA secretary, said. “We promote the services and resources we have on campus to promote better mental health and wellness while in college for students.”

Bianco said Fall Fest was started in 2017 by an intern in the counseling center.

“I think we all have struggles and it’s important to know that other people are there for you as well,” Burleson said.

“Mental health is a hard thing to get students to be willing to talk about and to understand. I think events like this say to everybody, ‘It’s okay, and you’re not alone,’” Bianco said.

The campus organizations who participated in Fall Fest set up individual booths with activities that discussed mental health.

“It’s been really rewarding that everyone we’ve reached out to was really overwhelmingly willing to participate and promote mental health, and not just what their organization is about,” Bianco said.

“Our game, Trash Your Insecurities, is an easy way to get people thinking about an insecurity that they have and just being able to in their minds push it aside and get rid of it,” Talavera said. “Obviously, it’s not as simple as that but it helps the process move along.”

Bianco said next year MHA plans to expand by bringing in more organizations and possibly turning the Fall Fest into a two-day long event.