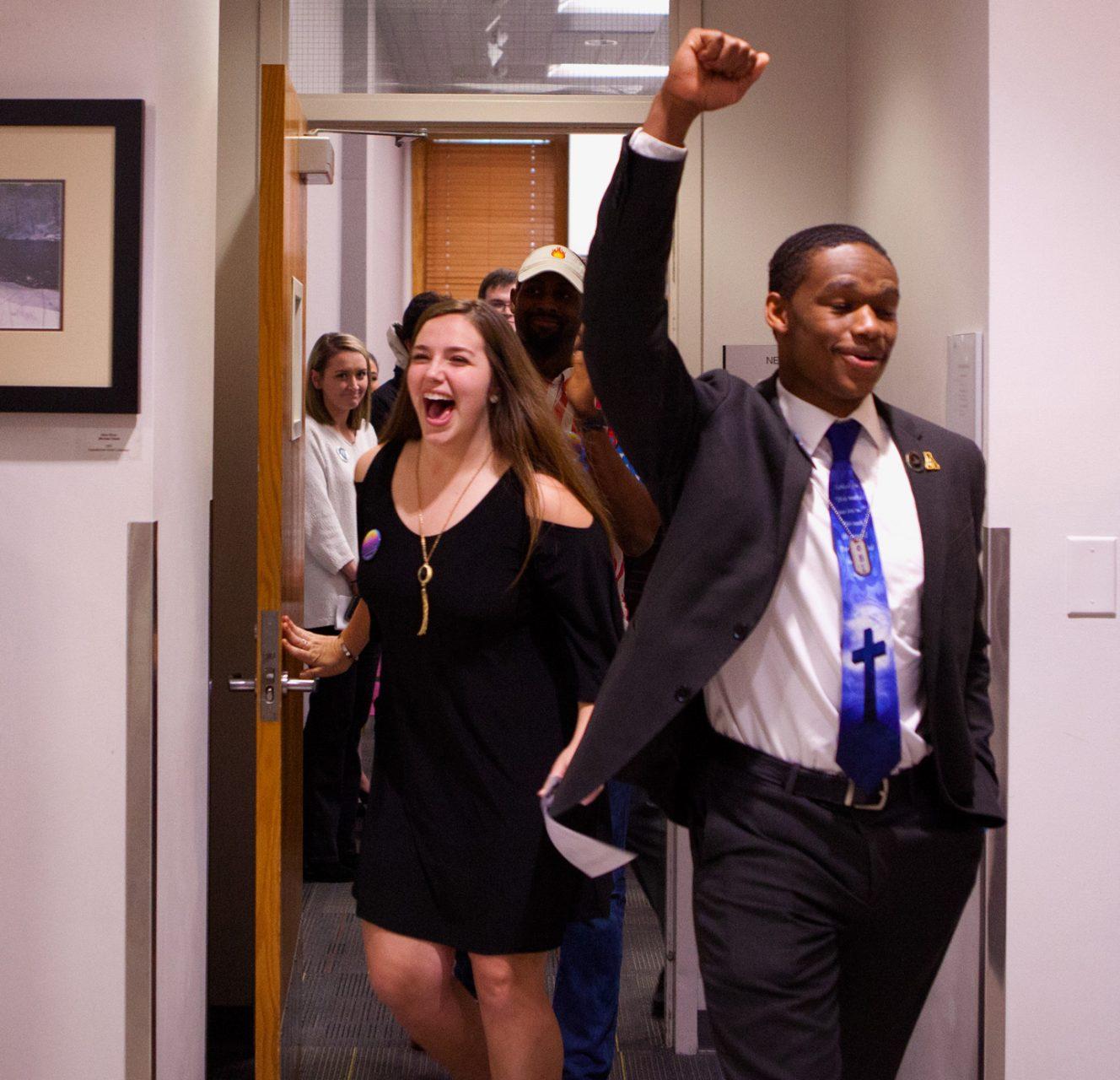 DeJon Milbourne and Brigitte Kelly celebrating after winning the election. Milbourne and Kelly will be the class president and vice president for the 2018/2019 academic year.

Milbourne and Kelly won with 53.1 percent of the vote.

“Thank you. Thank you to everyone who supported and everyone who voted regardless of who they voted for,” Milbourne said.

Milbourne has previous experience with student government, as he is currently a senator for the junior class.

“I’m just really happy to have run with someone as accomplished and as amazing as Dejon,” Kelly said. “He is incredibly prepared for this job, and I can’t imagine doing it with anyone else.”

Clayton is the current student body president. Hinton, chief financial officer, and Kelly, secretary, are current members of her cabinet.

“I just want to say thank you to everyone who supported us and believed in us throughout this process,” Clayton said via text message. “Campaigns are never easy, but I’m happy that we had the most students vote in the history of App elections.”

“(The first steps will be) making sure the transition is smooth and making sure people know that we are here to empower all of the students of Appalachian State,” Kelly said. “It’s about them, it’s not about us. Even though today is about us, the next year is about them.”

Featured image caption:  DeJon Milbourne and Brigitte Kelly celebrating after winning the election with incumbent Anderson Clayton looking on. Milbourne and Kelly will be the student body president and vice president for the 2018/2019 academic year.