Mining for a Purpose at Doc’s Rocks raises $17,500 for cancer patients 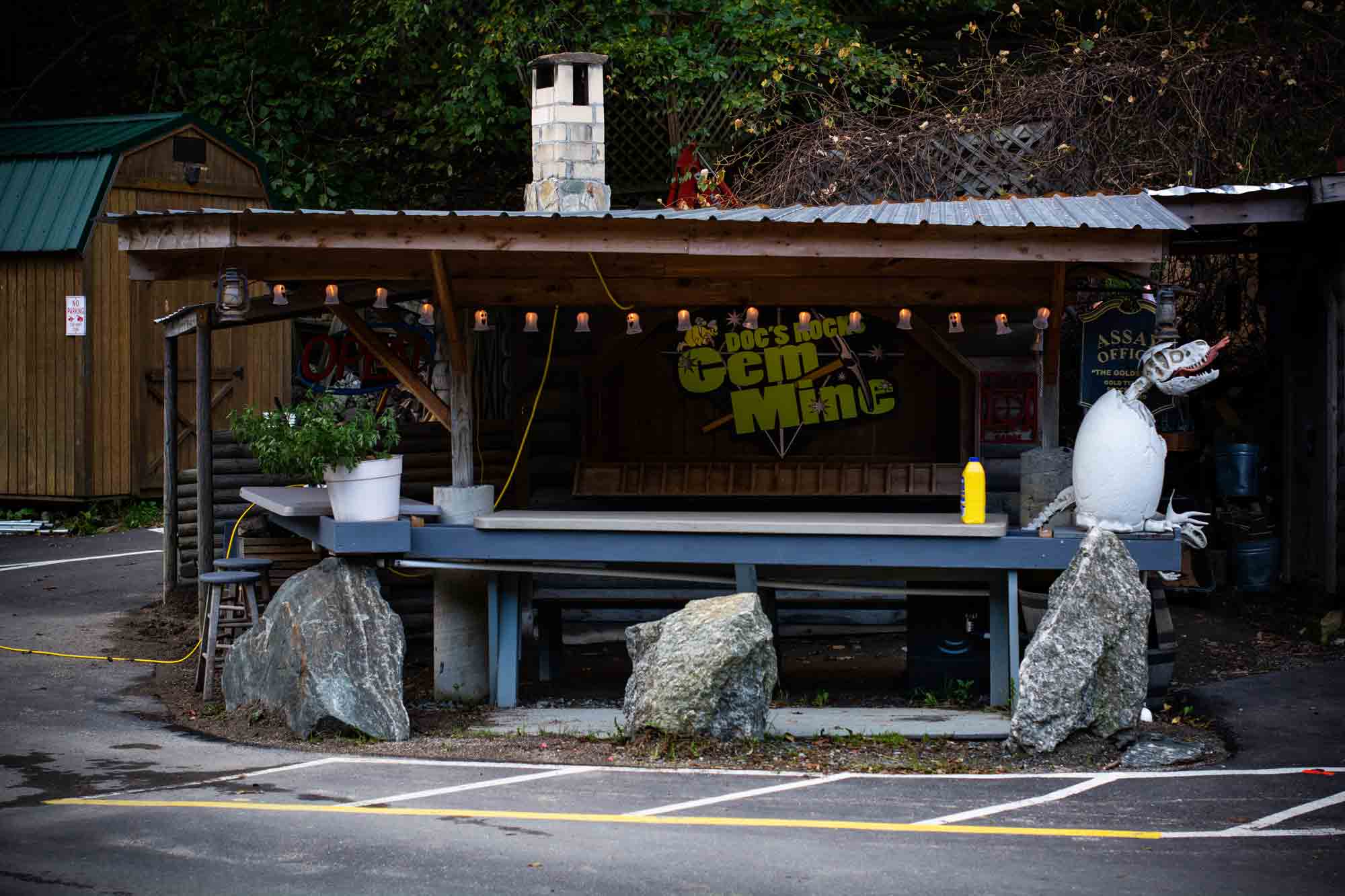 The seventh annual Mining for a Purpose event sponsored by Doc’s Rocks Gem Mine on Oct. 6 raised over $17,500, with more donations to come later in the month, the owner, Randy “Doc” McCoy, said.

The event was formerly known as Mining for a Cure. McCoy started raising funds because of his personal connections to cancer.

Not counting this year, McCoy said $73,769 had been raised and donated to date.

The money raised from the event goes to an emergency fund used by local cancer patients at the Seby B. Jones Regional Cancer Center.

“One hundred percent of what we raise and donate goes to the fund. The money is used for medicine, treatments, gas or for patients to pay their bills with if they can’t work,” McCoy said. “It can pay for anything a patient needs. ”

Doc’s Rocks Gem Mine, Trina’s Java Rocks and the Appalachian Fossil Museum all participate in the event. Their profit for the day is donated to an emergency fund for local cancer patients. The funds are raised from a silent auction, dollar raffle and gemstone raffle.

“This event is not about us,” McCoy said. “But I’ve had people come over to us in a restaurant and thank us for what we do.”

For those who have come to the event for several years, Mining for a Purpose has become a tradition.

“This is an annual event for us,” April Uplinger, a fundraiser participant, said. “When people come to an event like this, they’re not only helping someone else, they are helping themselves.”

Rachel Bard-Nelson, sophomore at Watauga High School, has come to Doc’s Rocks since she was 4 years old and has volunteered with the business for two years.

“It’s a fun job for me. I’ve been helping people with the flume and taking the dirt out of the water,” Bard-Nelson said. “The most important thing about this event is helping the cause.”

Erik Anderson, Doc’s Rocks employee, said McCoy’s ability to raise money has positively affected the community, even those not directly affected by the money raised.

“Everyone is treated with respect and kindness,” Anderson said. “Half of the people who come here know Doc on a personal level, and they know his family. Doc treats everyone like they are family, even if he barely knows them.”

To learn more about the Mining for a Purpose, visit Doc’s Rocks Facebook page.