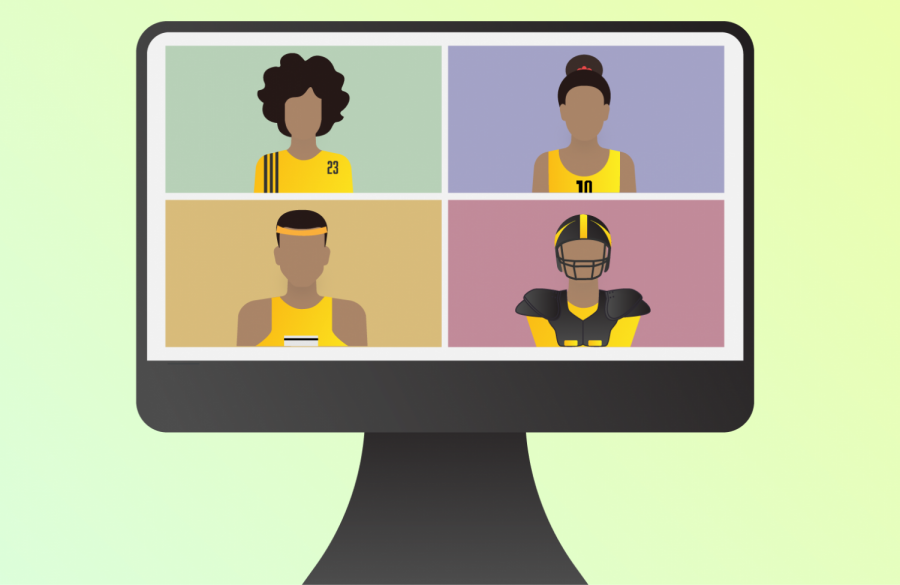 On Feb. 24, the App State Black Student Athletes Association held a Zoom panel titled “Together We are More! More Than a Student-Athlete,” with panelists from various sports, speaking on what it’s like being black in a predominantly white institution. The discussion included how to handle different situations with non-black students and various emotions that arose in the past year.

One of the points the panelists hit on was the transition from predominantly Black high schools to a predominantly white university. Taylor, a star defensive lineman on the App State football team, expressed his experience and how he dealt with the change.

“You have to talk a certain way so you won’t be necessarily seen as a threat and learn to be calm,”  Taylor said. “You have to learn how to be comfortable in uncomfortable situations, and that’s a hard adjustment to make going from being around people who look like you to suddenly the minority.”

Bichara, a junior sprinter and jumper for the track and field team, asked the panel if going to a PWI has negatively affected their mental health. Moleka, a sophomore soccer forward, said the experience has done the opposite.

“Being at a predominantly white school has definitely made me stronger because it is preparing me for life,” Moleka said. “This is setting me up because this is a struggle I won’t just have at school, but in life and the workplace. This helps me recognize what I need to do to better myself.”

Hitting on the title of the discussion, Simmons, a senior sprinter and jumper on the track team, talked about how she is more than an athlete.

“In high school, I never had to explain that I am an athlete, and I’m also smart, but being in college, it’s like they think we’re all dumb jocks,” Simmons said. “Yes, we are athletes, but we also are a part of lots of clubs and have high GPAs too, we aren’t just athletes.”

The panelists also talked about how a lot of people still don’t support the Black Lives Matter movement. The student athletes were irritated about how people would rather be quiet about issues than speak up and fight for what’s right.

“It was frustrating, coaches even had to have conversations about if players and teams could protest because they didn’t want their white players to be pressured into something they didn’t want to do,” Simmons said. “I was like ‘Why are they on your team if they aren’t standing in solidarity with their Black teammates wanting equality?’”

Doug Middleton, former App State and current Jacksonville Jaguars free safety, explained what the process of educating non-Black teammates and friends looked like for him.

“You have to do it one-by-one and be open to making that first contact and listen to why they have the feeling,” Middleton said. “Now, they are more open to listening to what you have to say because you listened to them. Most of the time people aren’t purposely trying to disrespect you, they just are ignorant on topics and need to be educated to understand what Black people are trying to achieve.”

The main takeaway the panel made was wanting to be identified as more than just athletes, and for people who are bystanders to social injustice to join in the fight for equality for people of color.