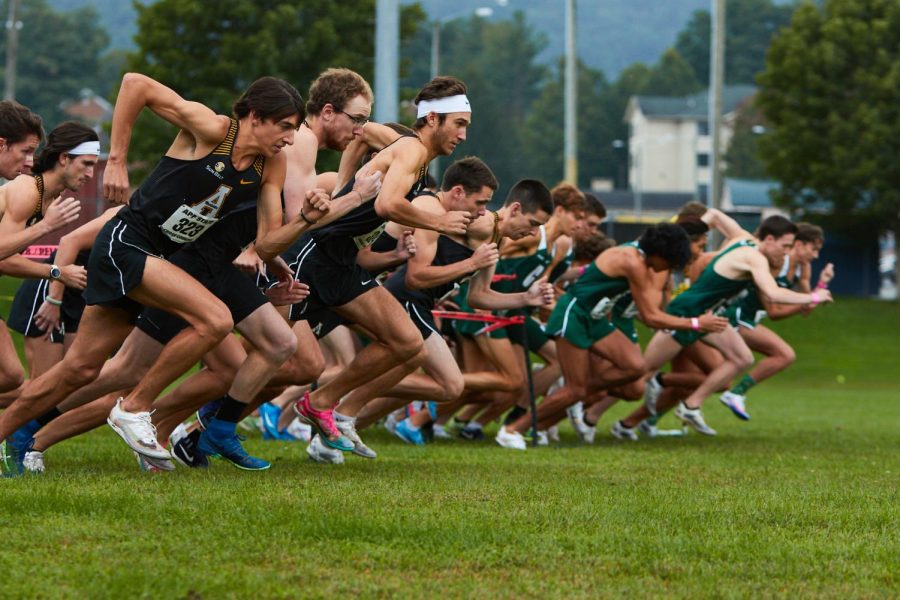 The Mountaineers compete in the Mountains to Sea Open where they finished in second place to kick off the 2020 season. App State began the 2021 season much like 2020, coming in second at the Covered Bridge Open in Boone Sept. 3.

Following second place finishes at the Sun Belt Championships last season, both the men’s and women’s cross country teams began their 2021 season at the Covered Bridge Open in Boone Sept 3.

The women’s team finished second overall with 91 points, and senior Izzy Evely came away with an eighth-place finish and gained seven points for the Mountaineers. The men’s team also started their season strong, finishing second overall with 60 points. Six Mountaineers occupied a spot in the top 25, including seniors Daniel Smith and Isaac Benz, who finished seventh and eighth. Also, freshman Chase Burrell started off his App State cross country career with a bang, coming in 23rd in his first ever meet.

“I’m really excited for our two home meets, the Covered Bridge Open and the Firetower Project, as I hold my 5k PR of 17:25 on our home course and feel a deep responsibility to improve that time,” Evely wrote in an email.

Following their two home meets, the Mountaineers will go on the road for the remainder of the season. First, in Louisville, Kentucky, at the Live in Lou Cross Country Classic Oct. 2.

After a stop in High Point, both teams will head to Mobile, Alabama, to compete in the Sun Belt Championships Oct 29.

“Both the women’s and men’s teams’ goals are to challenge for the Sun Belt title down in Mobile in October,” coach Mike Curcio wrote.

After the trip to Alabama, the teams head to Montreat to compete in the Montreat Open. Following their final regular season event, the Mountaineers will go back on the road to compete in the NCAA Southeast Regional Championship in Lexington, Kentucky. The event was canceled in 2020 due to the pandemic; however, both teams had success in 2019. In 2019, the women’s team placed 17th in the 6k, and Evely came away with a 45th place finish. The men’s team also finished in the top 20 in 2019, placing 15th. Benz earned a top 100 finish in this event, placing 90th.

With a long season ahead, the Mountaineers plan to “continue to grow as a team and leave behind a lasting team culture that will push future App athletes to run to their potential,” Benz wrote.

“We triumph. We race. We are Mountaineers,” Evely wrote.