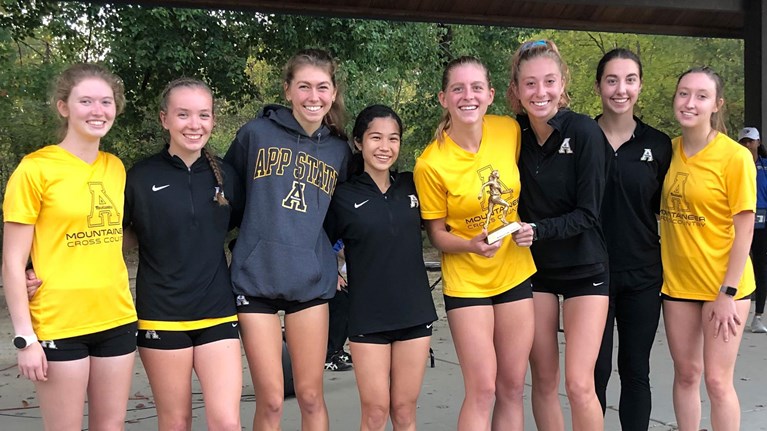 The Mountaineer women’s cross country team celebrates their first place finish at the Wildcat XC Classic. The women secured nine of the top 10 spots en route to their victory.

App State’s cross country teams competed in the Wildcat XC Classic in Charlotte Friday. Both teams finished in first place out of eight teams. The women’s team had 20 points and the men’s team had 22.

The men’s and women’s teams return to action in Mobile, Alabama, Oct. 29, where they will compete for the Sun Belt Championship.