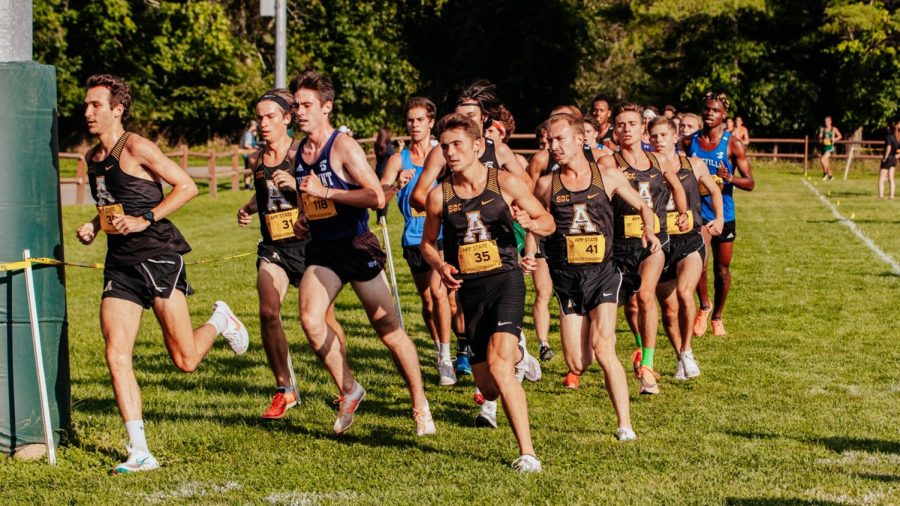 Both Mountaineer cross country teams competed in the High Point VertCross in Kernersville Friday. The women’s team placed first in their event with 58 points, and the men’s team finished third with 60 points.

The women’s team had three runners post top 20 finishes. Senior Izzy Evely placed third with a time of 17:39.3, while graduate student Macki Walsh finished ninth clocking in at 18:18.8 to round out the top 10. Sophomore Jasmine Donohue posted a time of 18:34.8, which secured her a 14th place finish.

“The ladies bounced back very well from the previous race,” head coach Michael Curcio said. “We beat Radford and High Point, who both beat us at Louisville.”

Four runners from the men’s team finished the event in the top 20. Graduate student Daniel Smith placed 10th, crossing the line at 25:54.7. Freshman Oliver Wilson-Cook finished 14th with a time of 26:02.2. Junior Ryan Teuscher earned a 16th place finish coming in at 26:05.6, while sophomore Dwayne Lillie finished 18th with a time of 26:14.4.

“The men were running without two of our top four. They followed a race plan to move up throughout the race,” Curcio said.

The men’s and women’s teams are back in action in Charlotte Oct. 22 at the Wildcat XC Classic, hosted by Johnson & Wales.