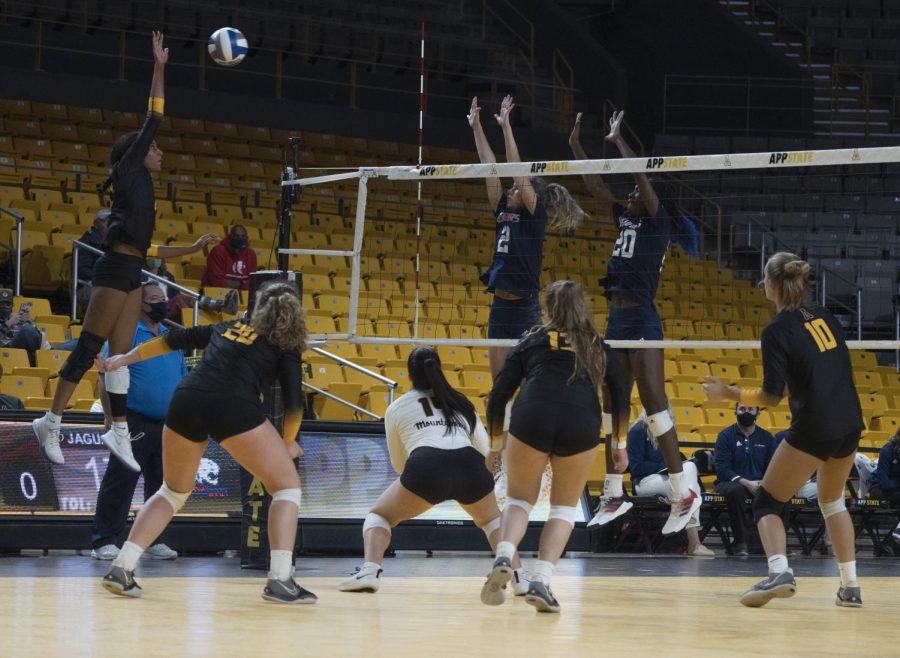 Senior outside hitter Victoria Wilform rises up to spike the ball over the net. Wilform finished the match against South Alabama with seven kills and three digs.

App State volleyball split a pair of matches Oct. 1 and Oct. 3, in Georgia as they continued their journey through the Sun Belt.

The Black and Gold opened the weekend with a 3-2 match win against Georgia State. The team controlled the floor with four players recording double-digit kills against the Panthers.

Both Wilform and Denny were influential defensively for the Mountaineers, posting double-doubles and career high digs. Wilform finished with 15 and Denny posted 18.

The Black and Gold concluded the weekend with a 3-1 loss to Georgia Southern Oct. 3. Denny led the team with nine kills, pairing with 12 digs, while Cain led the team with 20 assists. Defensively, Reilly notched 20 digs, marking her third consecutive game with 20 or more digs.