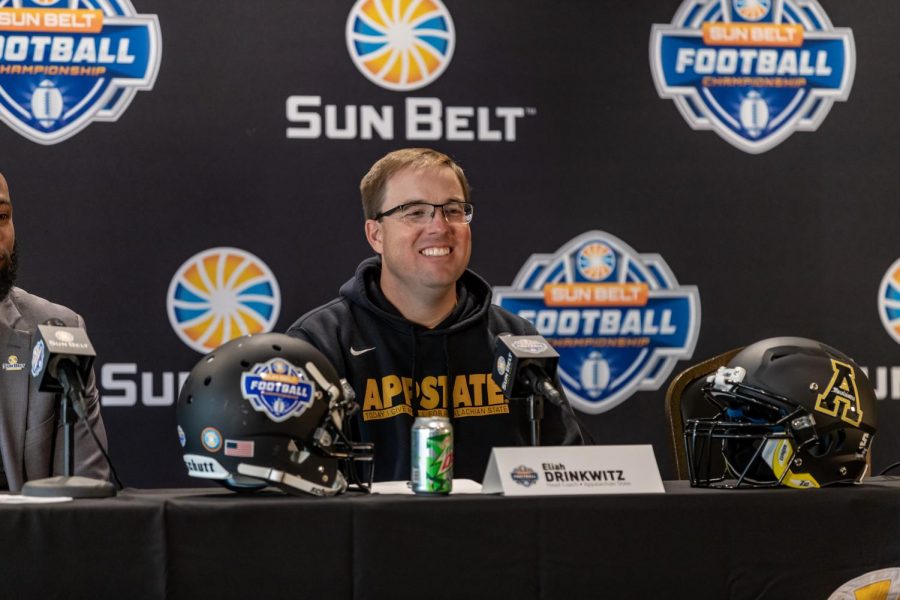 The second installment of the Sun Belt Championship game is back at Kidd Brewer Stadium on Saturday, as App State (11-1, 7-1 Sun Belt) takes on Louisiana (10-2, 7-1 Sun Belt). Kickoff is set for noon and will be broadcasted on ESPN, immediately following the conclusion of College Gameday. The matchup is also the first time in conference history that two double-digit win programs will play each other.

App State head coach Eliah Drinkwitz talked about the importance of App State treating the game the same way they’ve treated every other game this season during a press conference on Friday.

“We firmly believe in our process and how we go about each week, and we can’t treat this week any bigger or any different than we have in previous weeks,” Drinkwitz said. “It’s no different than when we played the Power Five games or conference games. We know the preparation that it takes to be successful, and it’s what we have to duplicate this week. Some people call it the process, but for us it’s just about being 1-0.”

This will be the fourth matchup in the last two seasons between the Mountaineers and the Ragin’ Cajuns after playing once in each regular season and then again in the conference championship. App State is 7-0 all-time against Louisiana, including a 17-7 win in Lafayette on Oct. 9 and a 30-19 victory in last year’s inaugural conference championship game, also in Boone.

“It isn’t about me, and it’s not about them. It’s about us,” Drinkwitz said. “It’s about our football team and what we’re trying to accomplish this year.”

For the seventh time this season, the Mountaineers will be playing in front of their home crowd at Kidd Brewer Stadium.

“I would say playing at the Rock is always an advantage,” junior running back and Sun Belt Offensive Player of the Year Darrynton Evans said. “We have a great fan base. App Nation does a great job of coming out. What’s a better place to play?”