Mountaineers bounce back in final exhibition 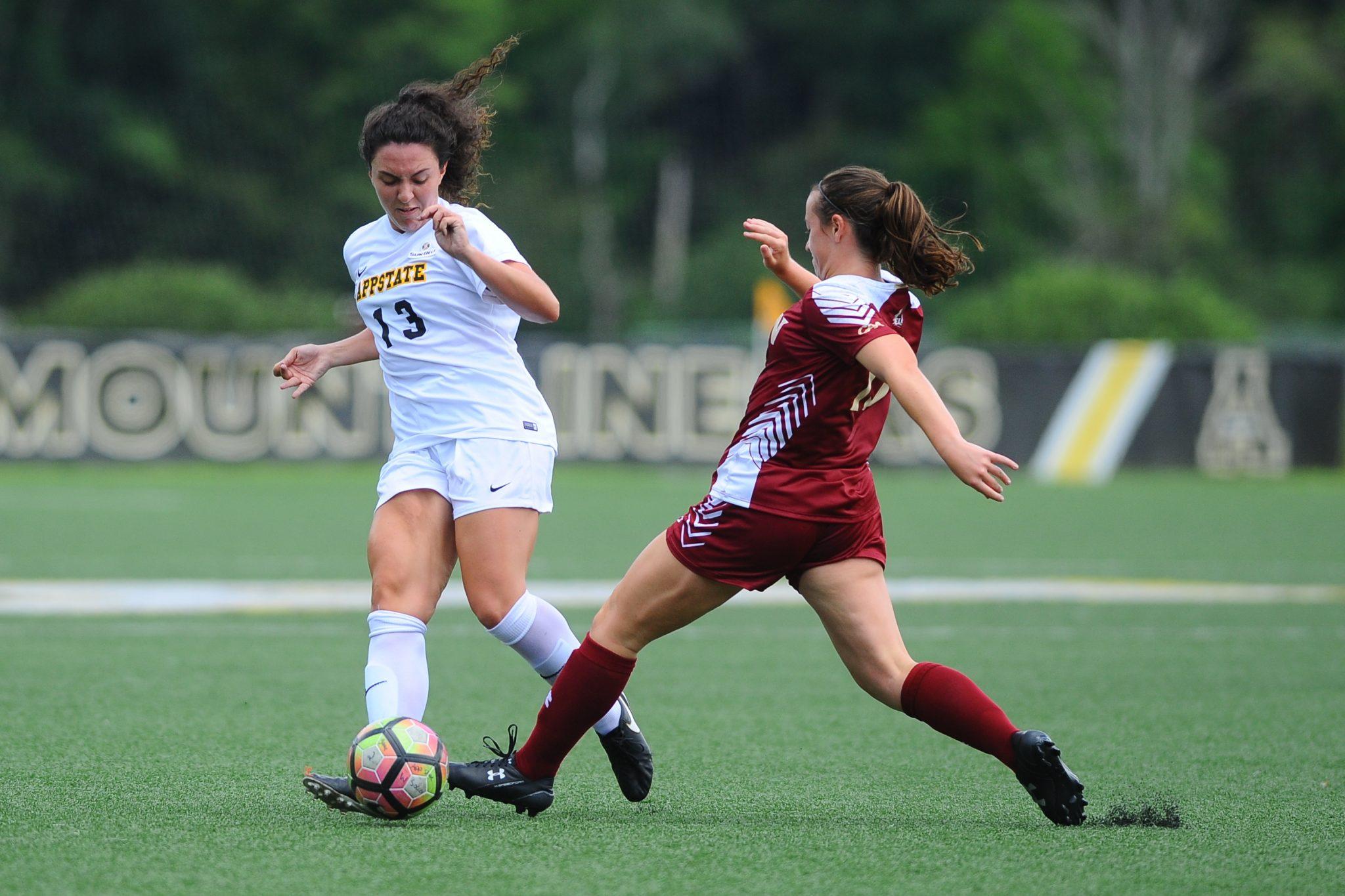 In their final exhibition game before starting their regular season, App State women’s soccer showed a lot of promise defeating Elon 4-1 after falling behind 1-0 only six minutes into the game.

After taking 21 shots and failing to score in a 1-0 loss to Western Carolina in their first exhibition game on Thursday, the Mountaineers tied the game quickly after Elon jumped ahead early on and outshot the Phoenixes 18-10 in regulation and 9-0 in an extra 15 minute overtime.

“They were very strong on the ball and had a good strong first five minutes, which shocked us and we weren’t ready,” sophomore forward Jessica Easley said, who scored the game’s first goal.

Easley put the Mountaineers on the board with a backward pass assist from junior Erin Settle to tie it up in the second period.

“I knew Erin had it up top in the box but didn’t have anything in front of her to get rid of it. I just had to be there for her,” Easley said. “She got a gret layoff but I was so happy it went in.”

The teams played three 30-minute periods for the exhibition and remained 1-1 before the Mountaineers went on a run in the third period.

Freshman Maggie Hanusek recorded her first collegiate goal in the 62nd minute with an assist from senior Jane Cline, which gave them a 2-1 lead.

“Thursday was a really disappointing ending and we play way better then we did against Western Carolina,” senior forward Jackie Nieradka said. “We wanted to avenge that and a lot of people took chances of that in the time they got that they may not have gotten on Thursday.”

In the 68th minute Nieradka would contribute to two goals within a minute of each other, assisting senior Brie Bahlmann for a 3-1 lead and then scoring with a returned assist from Bahlmann for a 4-1 lead.

Nieradka finished with two assists and a goal.

“We worked for two hours yesterday just finishing in the box over and over and over again from all different angles and goals in all different forms, services in the air, goals rolled in on the ground,” head coach Sarah Strickland said. “We went over every scenario and got to the point where they were physically diving into the goal no matter what.”

Finishing regulation up 4-1, the Mountaineers and Phoenix decided to play an extra 15-minute period to prepare the players for extended game situations.

The Mountaineers held the Phoenixes shotless and proved the defense can remain dominant even after a full played regulation game.

“We just teach them if one goes after the ball we all go,” Strickland said. “If we are going to press we will all press. There is so much pressure on the ball and we will win that next ball.”

Now the Mountaineers look towards their first regular season game against Northern Kentucky on Friday at 4 p.m. at Ted Mac.