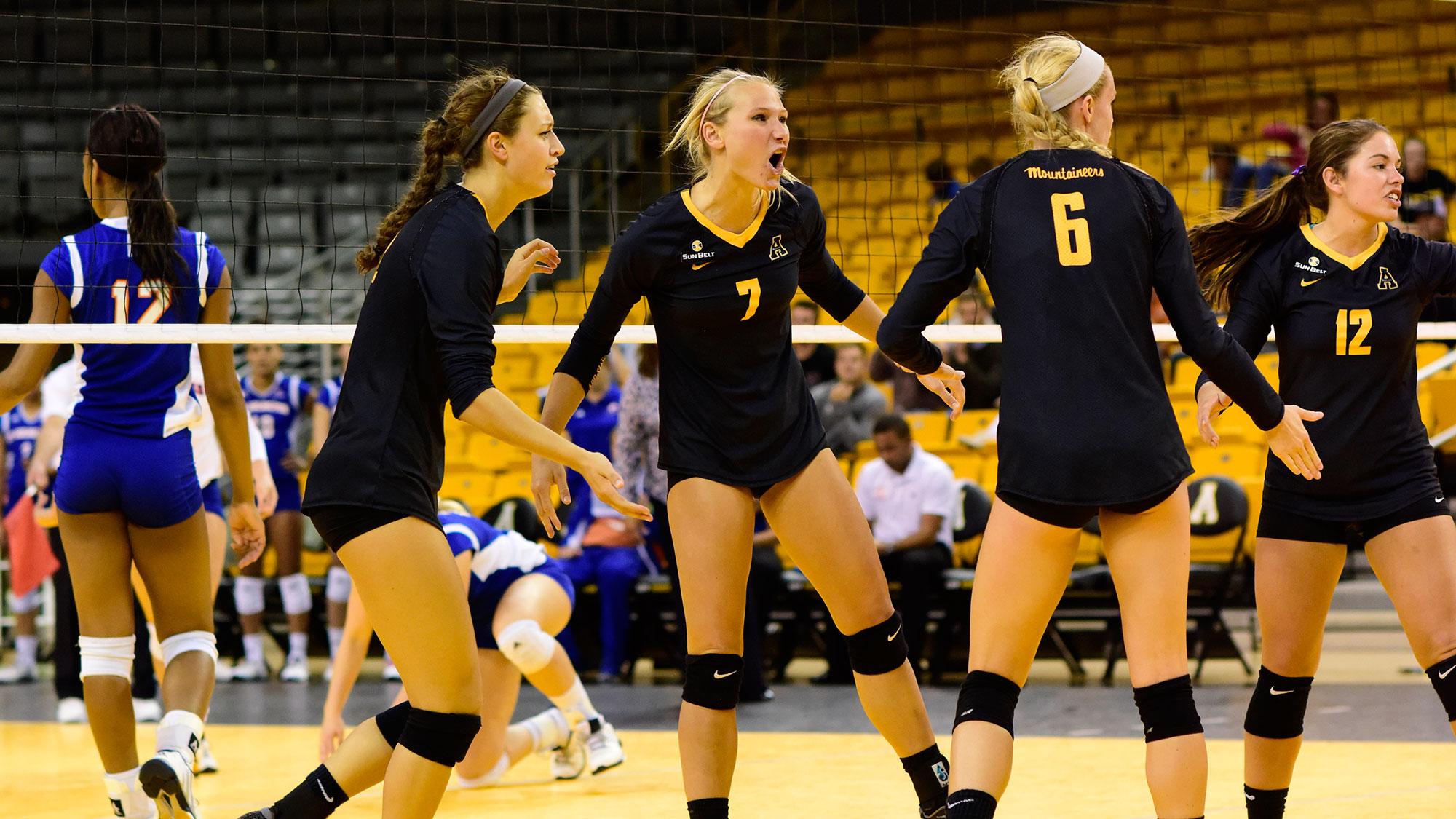 The Appalachian State volleyball team continued their streak of dominance Friday when they beat the University of Arkansas-Little Rock 3-1. Their victory brought their conference record to 6-0 and to 13-4 overall.

The Mountaineers started out sluggish, allowing the Trojans to take the first set 25-18.

“We did not play with a lot of energy, and most of that is we were not playing well, and not our game, not our style of play,” head coach Matt Ginipro said.

App State managed to turn it around in the second set however, winning a grudge match 27-25 that featured three different set-point opportunities.

The Mountaineers went on to capture the third and fourth sets as well, 25-22 and 25-19 respectively, to win the match.

Senior outside hitter Emily Corrigan said the team had to take advantage of the home court advantage to pull out the victory.

“I think it was just a matter of heart and pride,” Corrigan said. “We’re playing at home, it’s easy to get comfortable here … we just flipped the switch; this is our home gym, we want to protect it and we need to play with pride and just play at our level.”

The match featured a large offensive attack from Corrigan with 20 kills, two assists and 22.0 points; Jess Keller with 17 kills and 17.5 points; and junior middle blocker Ashton Gregory with 15 kills and 15.5 points.

App State will continue to finish out their conference schedule as the season continues. Arkansas State remains the only other undefeated team in the Sun Belt Conference and will play the Mountaineers in two of their last three matches.