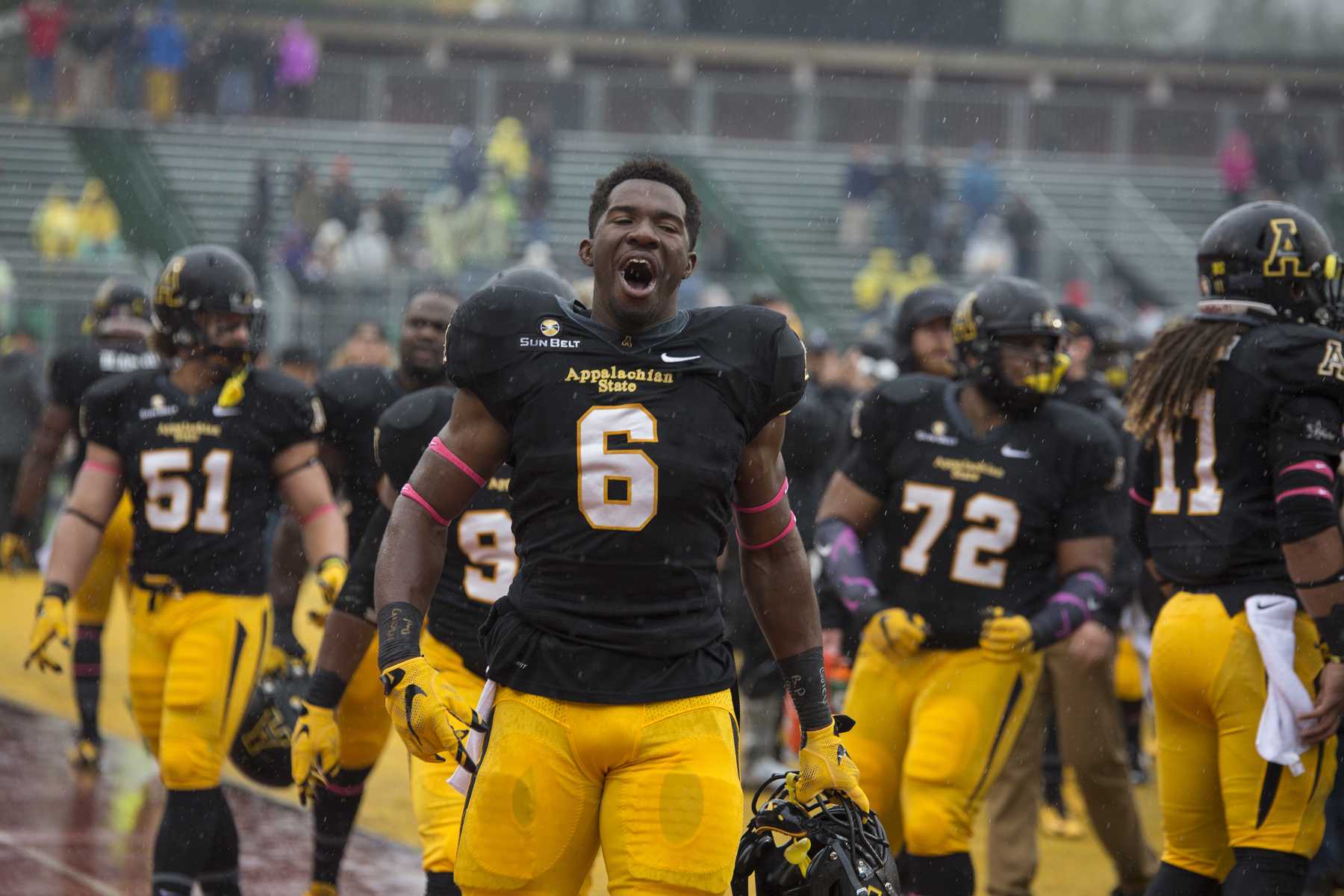 The Appalachian State Mountaineers had their 2016 football media day Saturday afternoon at Kidd Brewer Stadium, donning some of their new uniforms to be used this upcoming season.

Coming off of an 11-2 season and memorable Camellia Bowl win, the expectations are high for the rising program that was just picked to win the Sun Belt Conference under head coach Scott Satterfield.

Anchored by one of the top ranked defenses in the country with a strong running game and offensive line, the Mountaineers have no plans to shy away from their strengths as they try to win their first Sun Belt Conference championship.

“Our goal is to win the Sun Belt Championship, we understand there is a process going into that, but that is our ultimate goal,” Satterfield said.

After the team and position photos, 15 members of the media were present asking questions with student athletes on the field, such as running back Marcus Cox, quarterback Taylor Lamb, offensive linebacker Devan Stringer, cornerback Mondo Williams, defensive lineman Tyson Fernandez and linebackers John Law and Eric Boggs to get their insight and expectations for the upcoming season.

Law and Cox were just a few days removed from traveling to New Orleans with Satterfield for the Sun Belt Conference media day.

“It meant a lot to me to be selected for that trip,” Cox said. “It showed the coaches look at me and John as the leaders of this team and we have to step up this year as leaders.”

Cox and Law were both honored in preseason award conversations. Law was selected as the Sun Belt Preseason Defensive Player of the Year, and Cox was listed on the Maxwell, Doak Walker list for the country’s best running back. Lamb, defensive lineman Darian Small, tight-end Barrett Burns and offensive lineman Parker Collins have all been recognized for preseason awards as well.

After speaking with the players, indoor press conferences took place with Satterfield, defensive coordinator Nate Woody and co-offensive coordinators Shawn Clarke and Frank Ponce, where they spoke about the expectations for a team returning 17 of 22 starters from last year.

The Mountaineers began the first of 29 fall practices on Saturday before their opening game at Tennessee on Sept. 1.

“I’d rather be picked first then last,” Satterfield said. “But all the expectations are based off what we did last year. This is a new year.”