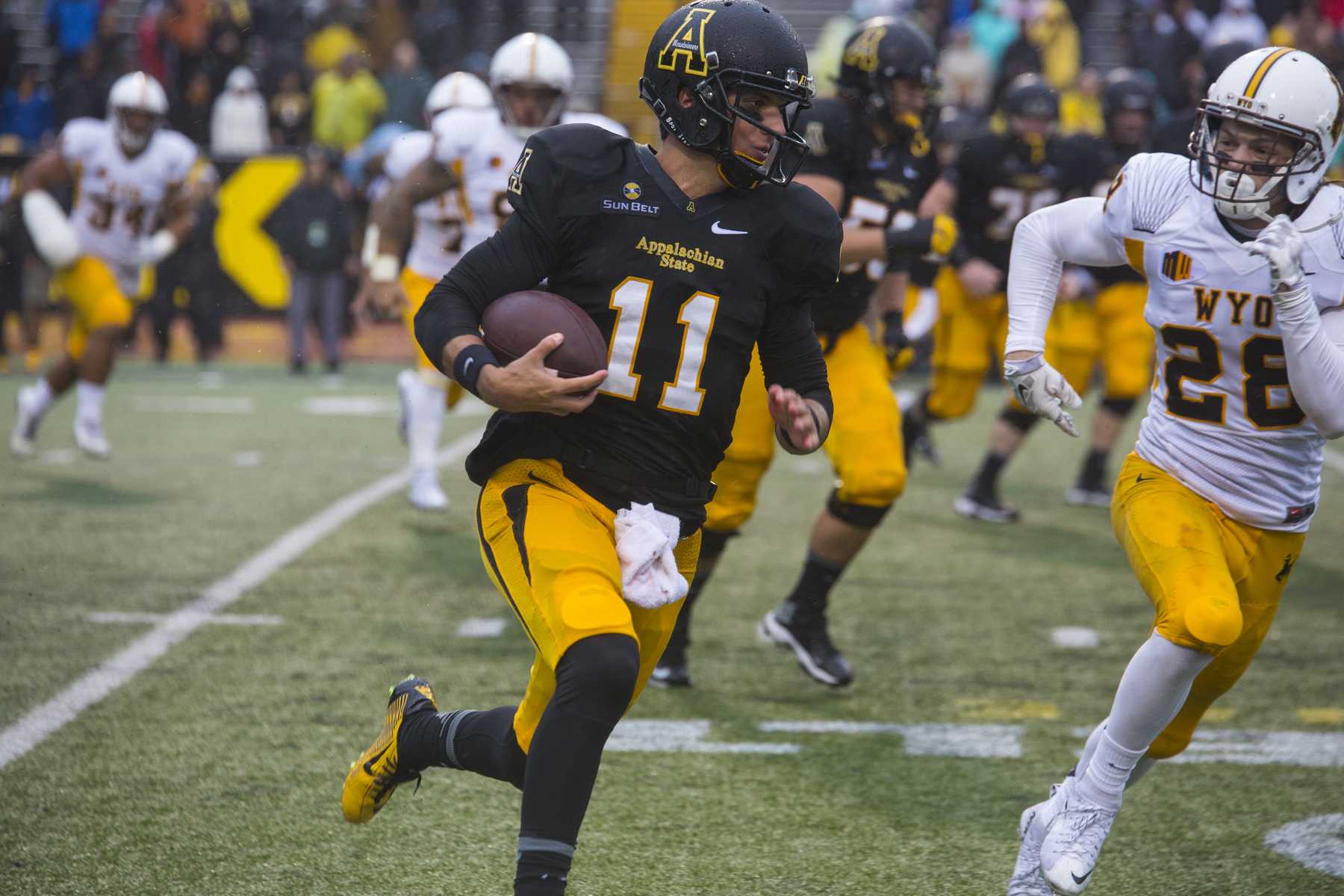 Taylor Lamb in a game against Wyoming last season. Photo by: Chris Deverell

Coming off a second place finish in the Sun Belt with an 11-2 overall record and 7-1 conference record, Appalachian State football has been picked to finish first in the conference with 114 votes and five out of 11 first place votes in the Sun Belt preseason poll.

The Mountaineers were picked fourth in last years preseason poll before finishing with only one conference loss en route to making their first ever FBS bowl game, winning the Raycom Camellia Bowl.

Arkansas State, the defending Sun Belt champions and the only conference team to beat the Mountaineers, were picked to finish second with 110 votes and five first place votes.

Fresh off their thrilling Camellia Bowl win in December, the Mountaineers are set to return 17-of-22 starters from last year on the offensive and defensive sides and 47 letterman.

The 2016 Sun Belt Media day begins on July 25 at the Mercedes-Benz Superdome in New Orleans, Louisiana. EPSN3 will broadcast live from the event 1-3 p.m.