Mountaineers shine early, but Lady Vols are too much 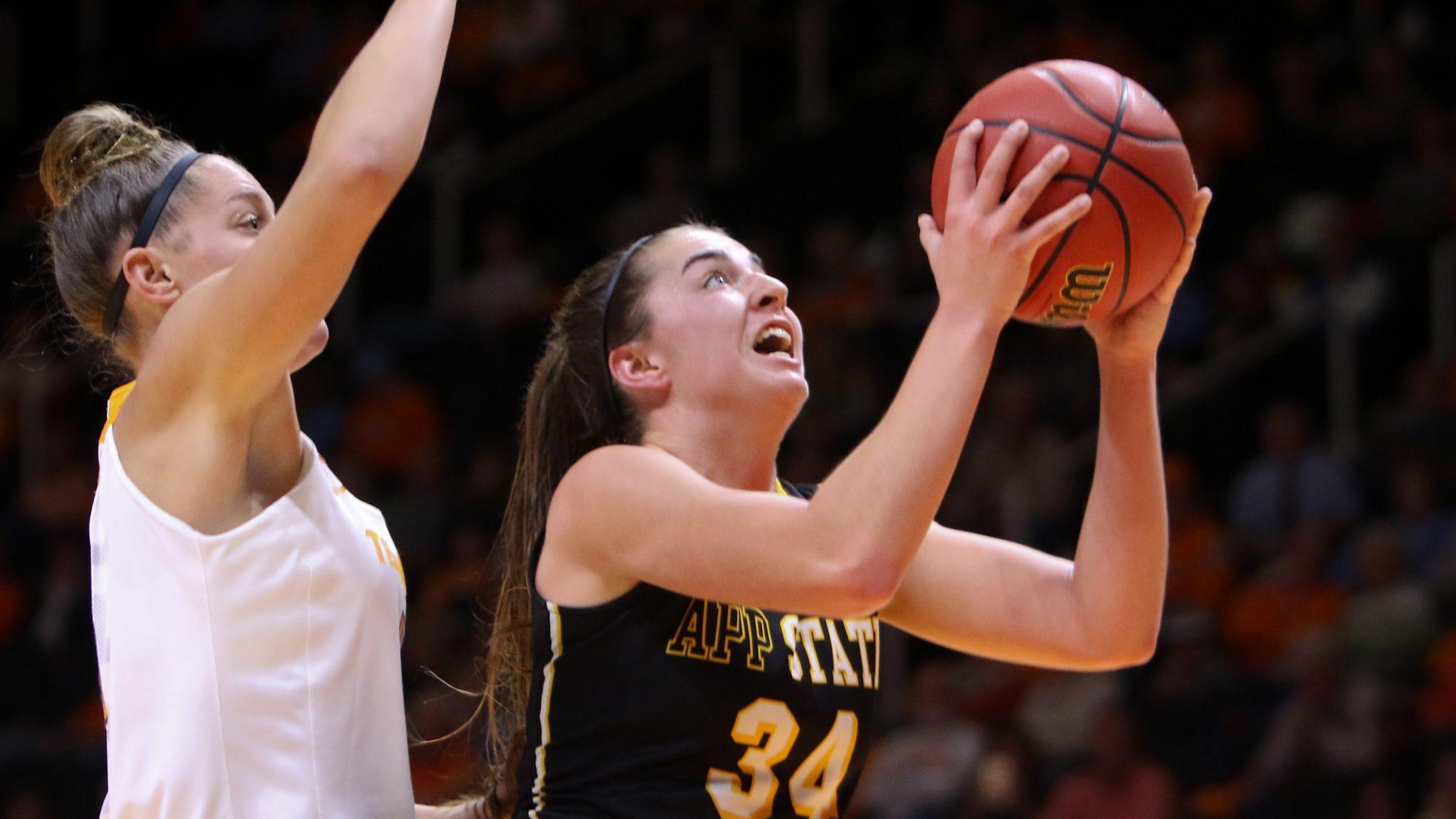 Coming off of two tough losses, the App State women’s basketball team searched for a road win at Tennessee, but ultimately fell short 92-66 to the Lady Vols who put an end to their own two game losing streak.

With the second quarter spurt, the Lady Vols were able to gain steam down the stretch to defeat the Mountaineers.

Shooting a blistering 73.3 percent in the first quarter, five Mountaineers were able to get on the board in an impressive first quarter.

“I really liked the way that our team started the game,” App State head coach Angel Elderkin said. “It has been one of the things that we have been really working on as a team, and we came out and battled in that first quarter.

Continuing their success from the second quarter, the Lady Vols outscored the Mountaineers by 12 in the third quarter, pushing their lead to 69-46 at the end of the third period.

With the large deficit, the Mountaineers did not give in, putting up 20 points in a strong final quarter.

“We got back to our offense at the end, and we shied away from it in the second and third quarters, which is why we were not knocking down shots,” senior guard Joi Jones said. “[We had to get] back into running our plays and just executing them.”

Entering the game, the Mountaineers were minus 5.1 in the rebounding margin, and the Lady Vols were able to take advantage of that, scoring 50 points in the paint.

Even with outscoring the Apps 50-28 in the paint, the Lady Vols needed some outside shooting to pull away for good.

“We got the ball inside, and there is no secret that we need to get the ball inside,” Tennessee head coach Holly Warlick said. “You have to be able to rebound at both ends of the floor because you need second chance points, and we have always preached it here at Tennessee.”

Scoring 15 of her points after the first quarter, senior guard Madi Story led the Mountaineers with 21 points, which is her second game in a row as the team’s leading scorer.

Behind Story was Jones adding 15 points and leading the team in rebounds with seven.

With two difficult games on the road in only a matter of days, growth and opportunity for this Mountaineer team have been at the forefront.

“The biggest thing was to have the opportunity to play at Tennessee,” Story said. “The mindset of our team coming out was that we wanted to give it all we had, and we didn’t want to pass up our opportunity.”

Action off the court was also highlighted even before the opening tip, where Tennessee honored Elderkin, who has been battling breast cancer. Elderkin, who was on staff at Tennessee from 2005-2007, was presented orange roses and was given a standing ovation before the game.

“It was exciting to see my great friend Angel Elderkin on the sideline,” Warlick said. “She is a great example of when you think that you are having a rough day then you just need to talk to her and you will understand that she values every day of her life.”

The Mountaineers will return home to the Holmes Convocation Center next Wednesday when they take on UNC Asheville at 1 p.m.