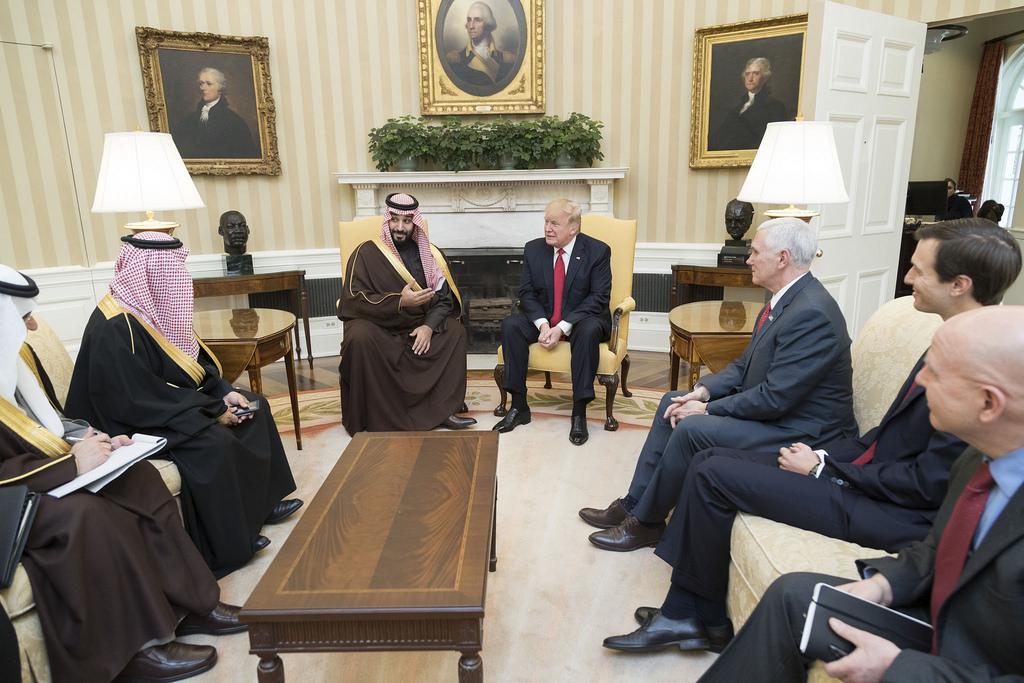 While the media and public raged, the U.S. government’s response to the assassination of journalist Jamal Khashoggi at the Saudi Arabian consulate in Istanbul was predictably borderline apathetic.

Despite claims by the Saudi government, Khashoggi was by no means a radical. A progressive but respectful critic of Crown Prince Mohammed Bin Salman, Khashoggi spent years writing for the Washington Post as a U.S. permanent resident. In the weeks before his death, Khashoggi published several columns encouraging MBS, as the crown prince has branded himself, to end the war in Yemen and take further steps for women’s rights. In his last column, Khashoggi gave a powerful call for free press and expression in the Arab world. This was not radical.

So, when his body was dismembered with a bone saw and transported in separate suitcases, it can only be seen as a message from an aggressive Saudi prince bent on suppressing dissent. Unfortunately, the U.S. will continue to allow MBS’ exploits as long as arms are bought and oil is sold.

The U.S. and Saudi Arabia have a long and morally complex relationship dating back to 1933. Saudi Arabia, the world’s largest holder of crude oil reserves, exports massive amounts to the U.S. annually. The U.S. needs Saudi Arabia to fill the hole left by Iranian oil as a new round of sanctions on Iran is on the horizon. Saudi Arabia has long supported U.S. exploits in the Middle East, providing aid and troop stations during the 1991 Gulf War and supporting the ongoing struggle against a possible nuclear armed Iran.

In recent years, U.S. arms purchased by Saudi Arabia have been used to indiscriminately bomb the Houthi rebels in neighboring Yemen, killing thousands of civilians. Since 2015, Human Rights Watch has reported 87 unlawful strikes, many against non-military targets, killing women and children.

The Obama administration halted sales of cruise missiles in the wake of civilian casualties, but the Trump administration has taken steps to reverse that, signing a $110 billion arms deal with Saudi Arabia in 2017.

But when Khashoggi was murdered, many thought this dramatic example would shake the U.S. government out of its apathy. Except for a few prominent congressmen, that has not happened. The U.S. continues to deal with Saudi Arabia, which operates under Sharia, something the U.S. condemns in Iran. Children can be tried for capital punishment as adults if they show signs of puberty. Common punishments include lashes and flogging, if not death, which sometimes is carried out by public beheading.

Since seizing power, MBS has enacted surface-level progressive policy. He lifted the restriction on women driving, allowed movies for the first time and appeared on the cover of Time magazine as the face of Saudi Arabia’s progressive future.

However, Saudi Arabia continues to enact strict dress codes for women and bans them from playing sports. The well-publicized detention of members of the royal family led to the death of one military general by torture. Journalists, bloggers and activists continue to serve multi-year prison sentences for government criticism. MBS revealed his true colors when the emboldened prince allegedly ordered the assassination of Jamal Khashoggi.

It has been over a month since Khashoggi’s murder, and the Trump administration has only weakly protested, then turned its focus to midterms, immigrant caravans, and posting “SANCTIONS ARE COMING” memes — to Iran.

No one should be surprised. Although U.S. leaders have not typically supported the Saudi’s as overtly as Trump, they have for the most part turned a blind eye as the country violates human rights, kills journalists and bombs civilians. The Trump administration’s response is just a continuation.

As long as the U.S. is dependent on oil, has an appetite for selling arms and is imposing sanctions on Iran, it will continue to put money over morality with Saudi Arabia.