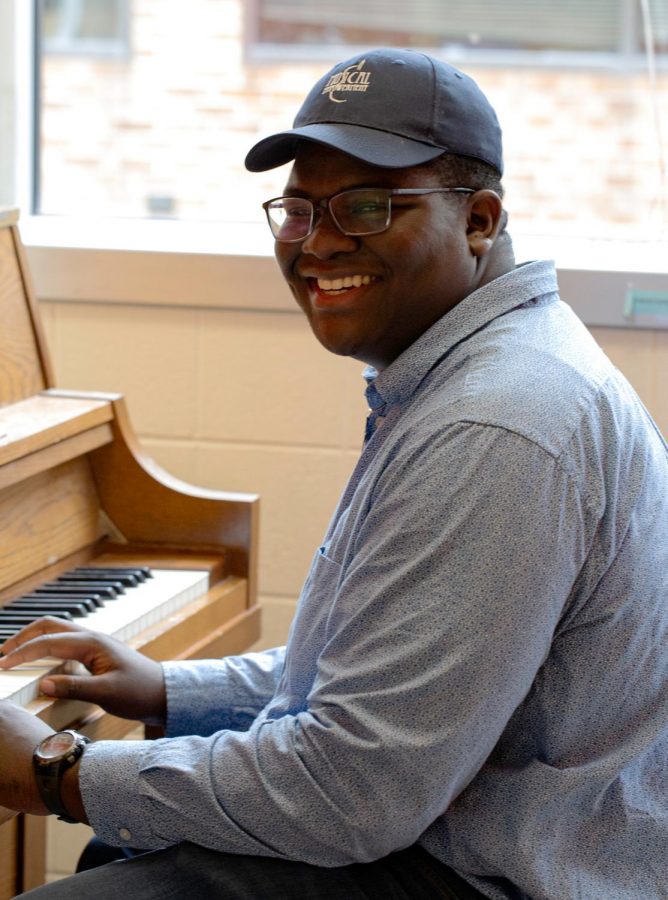 Sophomore Sterling Wilson is in the process of starting a campus Chapter of Musical Empowerment. The club would provide music lessons to children in need.

An App State student wants to give underprivileged children a window into the world of music and take away the same financial barriers he faced as a young musician, but it goes beyond money: he hopes to provide the same mentorship he received.

Headquartered in Carrboro, Musical Empowerment is a nonprofit organization that nurtures meaningful relationships between collegiate volunteer music teachers and children in underserved communities through free, one-on-one music lessons, according to its website.

Wilson said he heard about Musical Empowerment through his former high school band director, who initially connected Wilson with the organization.

“I was telling him about my life goals and how I wanted to start a program where kids can get music lessons for free, because I feel like it just really holds some kids back,” Wilson said. “There are some children whose parents can afford to give them private lessons their whole life, and I simply wasn’t one of those kids.”

Sterling was in fifth grade when his music teacher chose him and five of his peers to perform a singing number with her, which a member of The A&T Four attended.

The A&T Four were a group of North Carolina A&T students who headed a sit-in protest at segregated Woolworth’s Lunch Counter in Greensboro on Feb. 1, 1960.

“He tried getting in touch with my parents for two weeks. When he finally got in touch with them, he told them about how I had a gift for music, and that I should do something with it,” Wilson said. “That’s when my parents put me in band against my will in middle school, and I just completely fell in love with it.”

In seventh grade, Wilson decided to pursue his education at App State and become a band director.

When he was in high school, Sterling said he began to realize how difficult music school auditions are.

“I didn’t have anybody who could just help me out. Lessons were expensive, and my parents couldn’t really afford them,” Sterling said.

“I got interested in Musical Empowerment because Marty was helping me for free. I just wanted to be a band director until I realized there’s so much more I can do to help people,” Sterling said.

Sterling is in the early stages of starting App State’s chapter, beginning with assembling his leadership team.

Once he assigns leadership positions, Sterling said he will start a volunteer teacher application and interview process.

Volunteer teacher positions are not exclusive to music majors, Sterling said, but students must have three or more years of experience playing an instrument and must pass a background check.

“Once the teacher application process starts, I will try to start working with Hardin Park (Elementary School) and I’ll ask music teachers, ‘Do you think that there is a need for this here?’ And any music teacher is going to say, ‘Yes’ to that,” Sterling said.

After talking to music programs at local schools, Sterling said he will work on advertising for money, instrument and practice location donations.

“We are hoping to start doing lessons by the springtime. It usually takes a year, but we’re really trying to fast-track it here at App,” Sterling said.

Through his Musical Empowerment chapter, Sterling said he hopes to teach children the importance of music education and mentorship.

“We’re here to just push the kids forward, and we’re here to lift them up and empower them,” Sterling said.