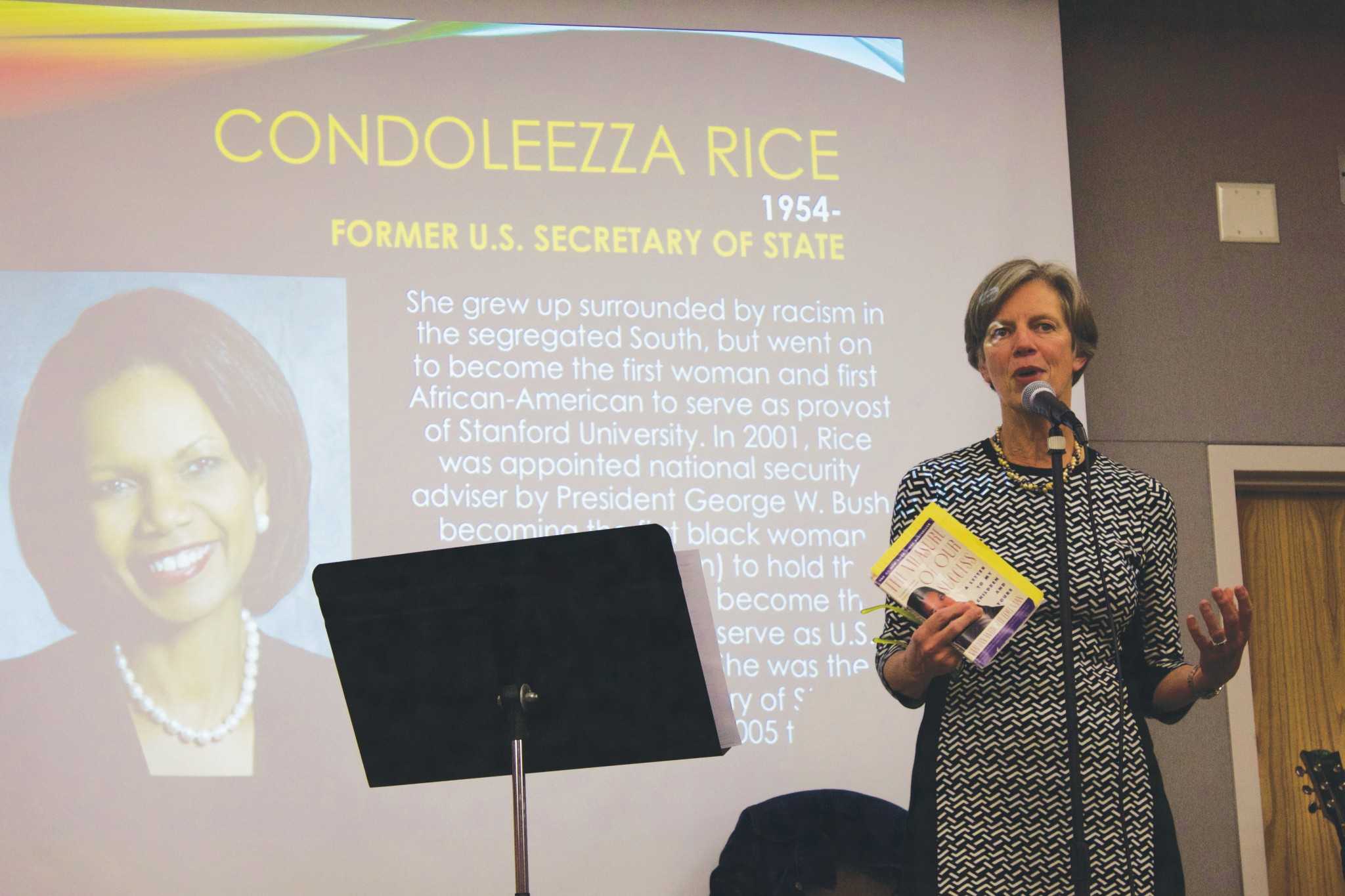 Last year, MWLC held a fashion show for women’s appreciation during Women’s History Month. However, Broomfield said this year she wanted to do something more original and something that had not been done before.

“This is something that’s going to leave a lasting impression with people – you hardly ever see tea parties anymore,” Broomfield said. “I thought this would be a great opportunity to do for Women’s History Month because a tea party is peaceful, it’s serene and most importantly, it’s celebratory.”

The tea party was not only open to minority women, but equally welcomed anyone who held an appreciation for women, including men.

Students and families were encouraged to meet new people during the reception, which included live music from sophomore political science major Rain Thoreson, a slideshow of history’s most powerful women and a solo dance from senior psychology major Ashley Fetherbay with accompanying piano from junior psychology major AJ Libunao.“I think events like these, when you take on leadership roles and you develop that confidence, allow you to then walk into a thousand other worlds,” Wallace said. “This is also where young women find mentors in older women and that’s incredibly important.”

Wallace spoke during the ceremony in regards to her youth, which was dedicated to the conscious understanding of not only racial injustice, but fairness in general, as she grew to be a young adult in Louisiana. She said she first understood this injustice through racial inequality, and second through being a woman.

“I did my graduate work in women’s studies, and in looking at women’s lives as they changed during the Industrial Revolution,” Wallace said. “It was this empowering place where I found my voice, and who I needed to be, and what mattered to me.”

Wallace addressed several campus related issues in her speech, including the struggles minorities of race, religion, sexuality and gender face each day.

“I don’t think anyone should promise you that life at Appalachian or any other university should be easy, because we need to be grappling with these hard issues, and you need to be fighting to understand who you are, and who you are in relation to other people,” she said.

Through her speech, Wallace encouraged everyone in the room to take a step back and ensure that social justice issues are being approached at Appalachian and worldwide, in the most respectful way.

“We are never going to improve our basic treatment of each other, as women to men, as whites to blacks, as the straight community to the gay community, we will never ever lift ourselves up, if we feel we have to step on someone else’s humanity to get there,” Wallace said. “So if you’re not being treated fairly, deal with it straight on. Do not ever let yourself diminish another human being, regardless of how badly you feel another person is treating you, because then you become them.”

Due to the success of the tea party, MWLC has agreed that they will continue this event for the years to come. Broomfield said while being a minority woman at Appalachian is difficult, it is worth it.

“If I would’ve gone somewhere where I was part of the majority, I would be in my comfort zone,” Broomfield said. “I wouldn’t have been challenged, and I wouldn’t have had all the opportunities that I’ve had at Appalachian.”