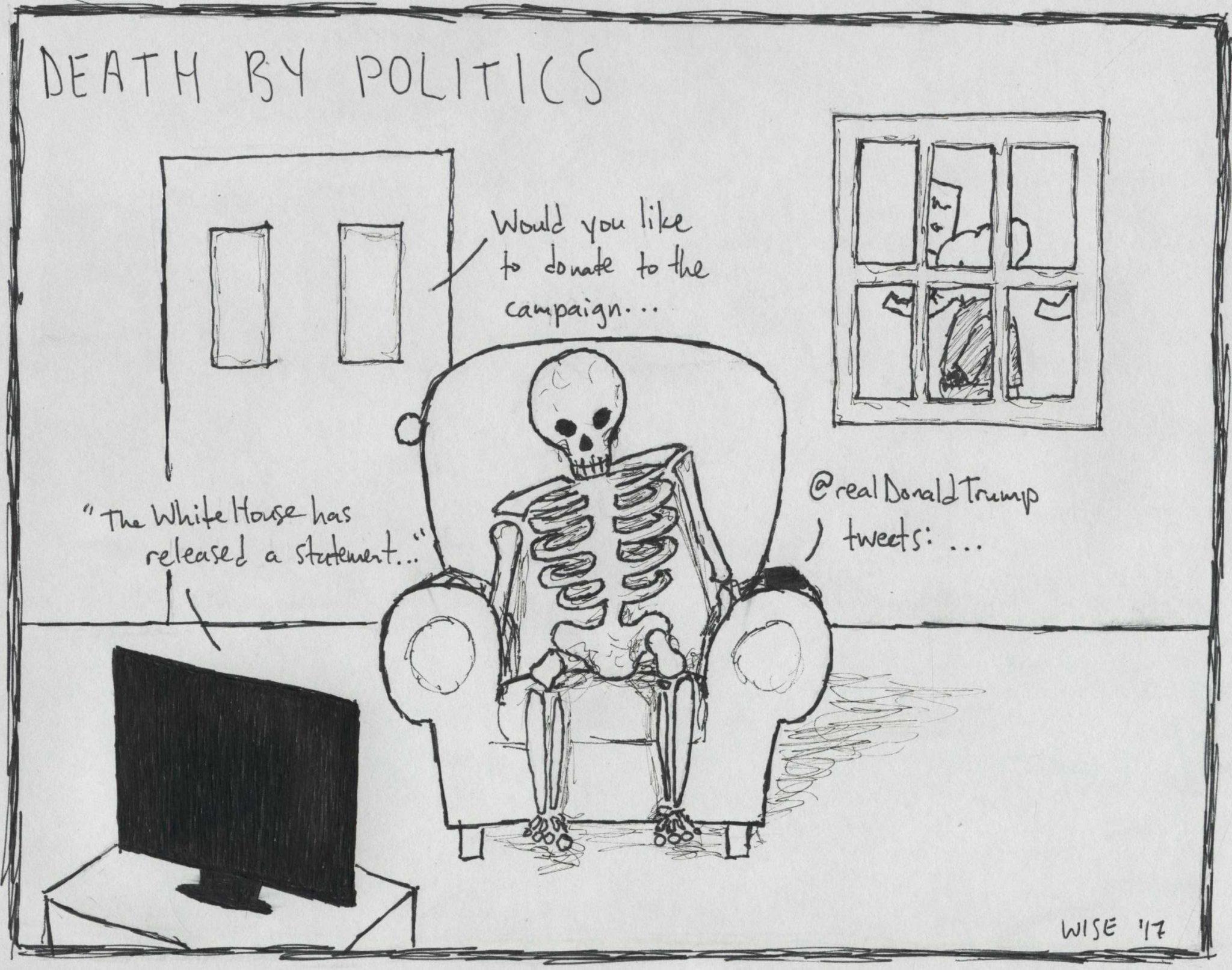 At this point in time it’s difficult to figure out just what to be outraged against because there is just so much.

Lately, it seems like every five seconds there is another outrage to protest, another victim’s cause to champion. I personally cannot remember a time in the last year when checking the news when I woke up didn’t induce some form of anxiety.

At this point, a single day without some form of incident would be an utter miracle.

Unfortunately, that probably will not happen anytime soon and, in all likelihood, it’s going to get worse before it gets better.

The election of President Donald Trump was a turning point. Previously fringe beliefs that had been ignored and largely marginalized were suddenly given legitimacy.

In an interview with Charles Bethea of The New Yorker, Adam Domby, a professor of Southern History at the College of Charleston said this about Trump’s election: “We need to acknowledge that these beliefs have always been here and are not on the fringe. Now people are just being open about it. They have taken off their hoods and are lighting their faces up for all to see with tiki torches. That’s a feeling of empowerment beyond measurement. No longer are they embarrassed or fearful of repercussions. In part, they see their views as validated by the election.”

According to CNN, on Saturday, hundreds of white nationalists gathered in Shelbyville, Tennessee in a “White Lives Matter” rally.

While the second rally they planned in nearby Murfreesboro, Tennessee was canceled, this and the previous white nationalist rallies such as the one in Charlottesville, Virginia are distressing.

Not only are white nationalists emboldened to share their views publicly, but they are confident enough in them to march publicly.

Among the repercussions of Trump’s presidency, this is the worst by far.

A democratic congress could be elected and Trump and the rest of his ilk could be ousted and locked up, but that would not help.

America has a neo-Nazi problem and they won’t be ignored.

In addition to that, the Republicans in congress are trying to push through a tax overhaul bill that, according to the nonpartisan Tax Policy Center, would redistribute three-quarters of savings to the top 20 percent of earners.

Furthermore, there is the fact that on Sept. 23, the Associated Press reported that the federal government told election officials in 21 states that hackers had targeted their systems before the 2016 presidential election.

This information came at a time when a special counsel, led by Robert Mueller, was and still is investigating potential coordination between Russia and associates of Trump, who vehemently denies this.

On the topic of Trump, it would be impossible to forget the near constant stream of lies coming from the president.

Combine all of these factors and more and it is no wonder that I and many others are exhausted.

It can be so discouraging to fight against this seemingly unstoppable tide of injustice and hate and sometimes it seems like it would be easier to turn a blind eye.

But, you can’t do that because then they would win and if they win, the “game” ceases to exist.

We all have to keep fighting, stay mad and stay outraged. Every time that they try to move the line in the sand, we have to push back twice as hard.

Every inch we lose sets us back 100 years, legitimizes them and lets them know that their hate and corruption is acceptable.

It tells the future that this is fine when it isn’t.

So yeah, I’m tired, but I’m going to keep fighting because it is the right thing to do.

I encourage everyone to do the same.

Q Russell is a junior journalism major from Charlotte, North Carolina. You can follow him on Twitter at @Q_M_Russell