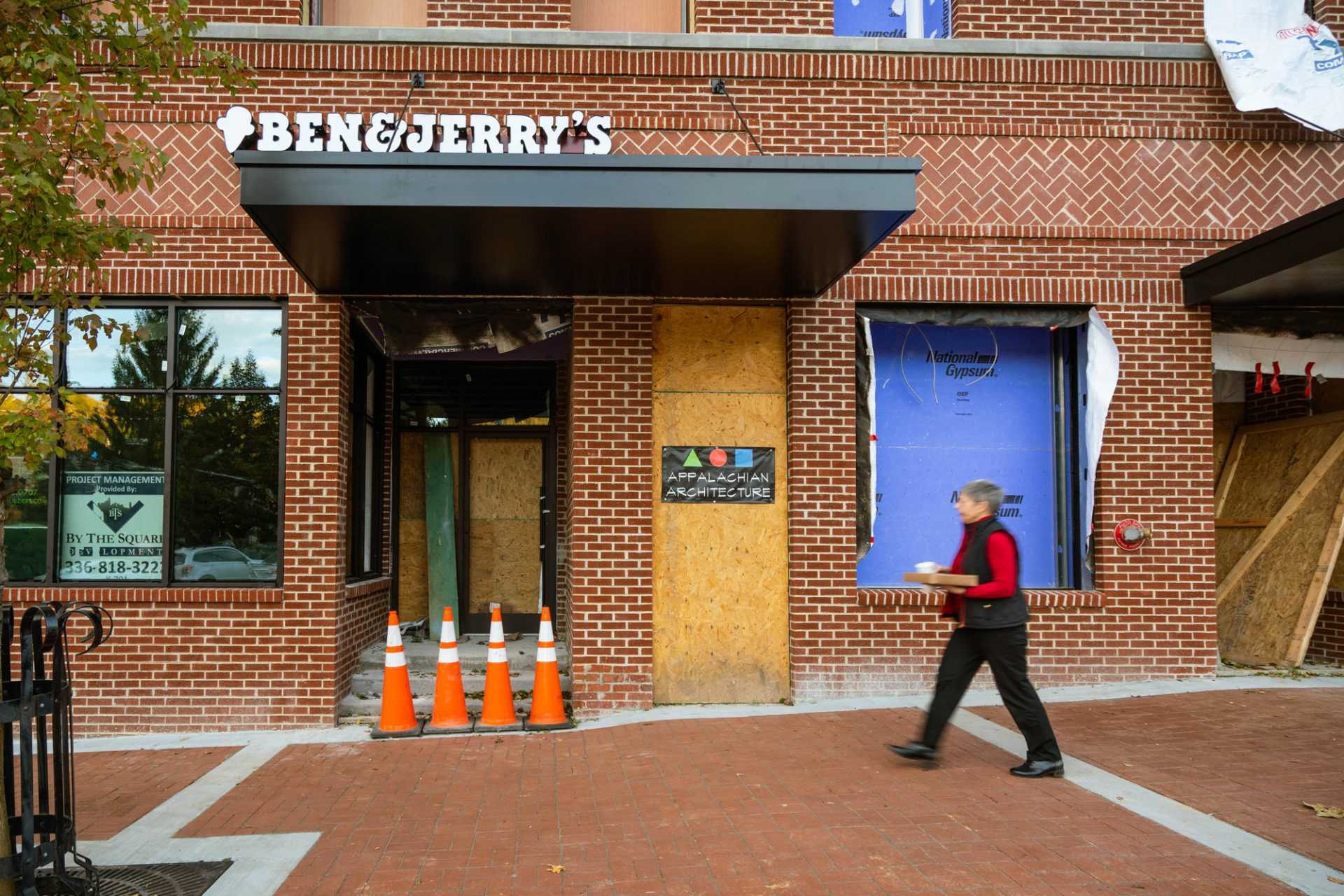 The new location of Ben & Jerry's on King Street.

Boone Ben & Jerry’s franchisee, Lee Warden, graduated from App State in 2008 with a recreation management degree and decided to stay in the High Country.

“My wife and I have strong ties here. We’ve always wanted to move back to the mountains, so we took a look at what we could do that would be fun and exciting for everybody,” Warden said. “Ben & Jerry’s seems like a brand that fits right in with Boone.”

Warden said he appreciates the issues Ben & Jerry’s cares about outside of its ice cream.

“They’re big into climate justice and spreading awareness with that, and using fairtrade ingredients and non-GMO ingredients in their ice cream,” Warden said.

Warden said he believes that Ben & Jerry’s will be an exciting addition to the Boone community.

“We hope that it will be a fun community spot for everybody – for the students, for the community and for people that come up and visit the High Country,” Warden said. “We wanted to bring something that is fun and unique to Boone.”

Warden has not released plans for a grand opening event yet, but he said he will know more in the near future.

After plans for the location were established in February, construction began soon after, Warden said.

The Watauga Democrat reported in May that construction would be completed in August, which has been delayed until November.

“You know how rainy it is up here in the High Country. That delayed a lot of construction,” Warden said. “They had to redo the front of the PNC bank building, which took a long time. Weather delays brought construction issues.”

Warden purchased the building space for $1.1 million and plans for apartments to be built above the store, according to the Watauga Democrat.