New book club flips the page on the traditional experience 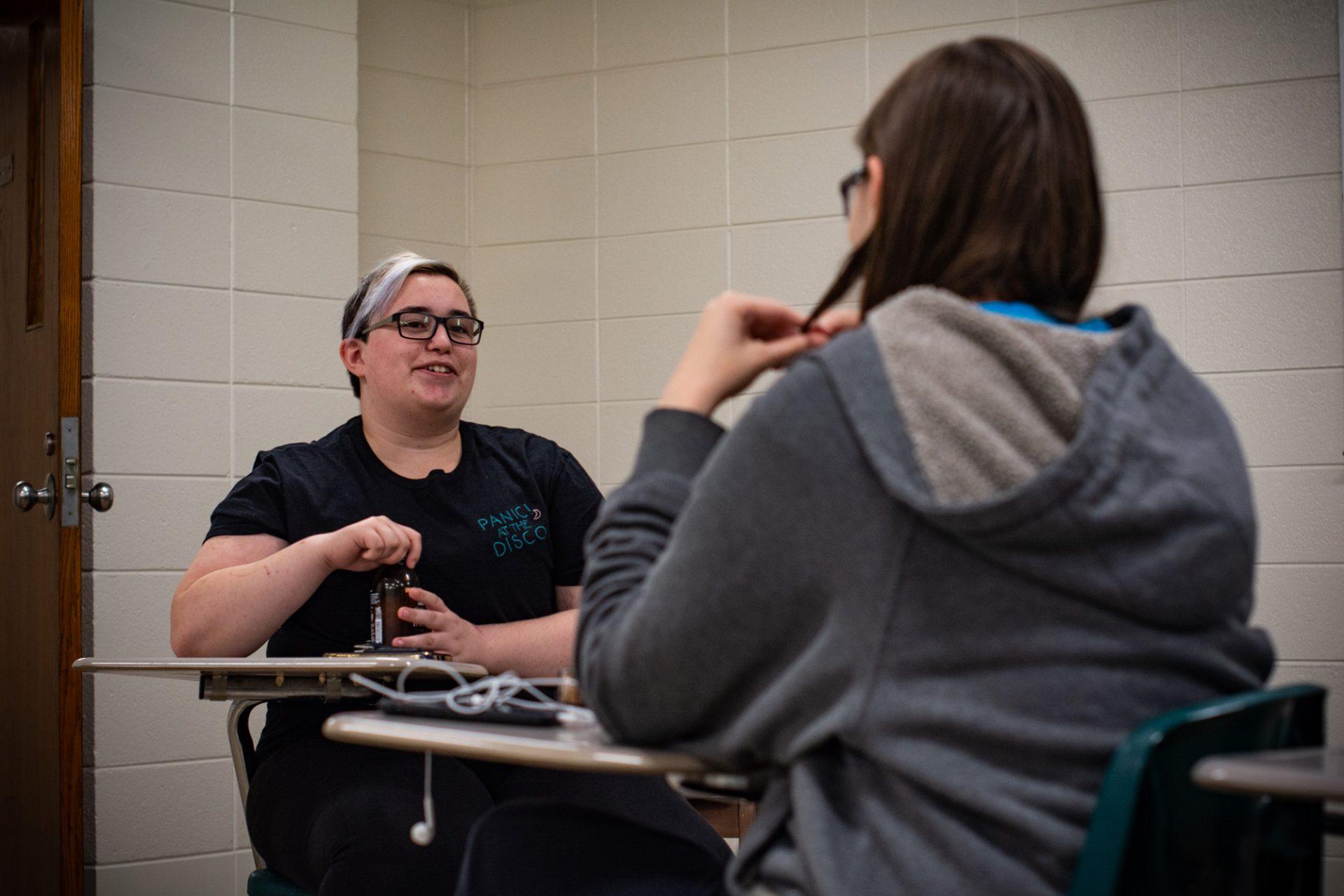 Miranda Schaefer and Shawn Ellis discuss points of interest throughout Pen Pal by Dathan Auerbach. Schaefer and Ellis currently serve as the President and Treasurer respectively in the Appalachian Book Club.

With a love for a freshly printed book in hand, sophomore co-founders biology major Miranda Schaefer and English major Gryffin Winkler couldn’t let another moment go by without a book club of their own.

“I’ve been part of book clubs before, and it’s always nice to discuss and even debate characters and issues in the books,” Winkler said. “It’s also great to learn different perspectives on a book that you didn’t know were there.”

Although both founders like sticking to traditional styles, after creating Appalachian Book Club, they hope to keep things simple while also deviating from the norm.

Most book clubs have a sole leader who decides how the book club is run. Even though ABC is in its early stages, the leaders don’t plan to run it as a literary dictatorship. Schaefer said the club will run as a democracy, with members voting on genres, books, meeting times and activities outside of discussion.

Based on a poll during one meeting, most members of the club prefer to read fantasy, young adult fiction and classics. To help include all genres, however, the club has decided to stick to a basic, consistent voting format.

During the first meeting of each month, members vote on a specific genre. At the next meeting, members are encouraged to bring a suggestion for a book from the genre. During that meeting, a vote will finalize the book for the month. In the spirit of Halloween, the genre this month is horror, and the club is reading “Penpal” by Dathan Auerbach.

Though the basics of the club are sorted out, the constitution for the club, which includes rules and mandates, has not been solidified.

“We have a template for everything that we want to be in the constitution. Now, it is just a matter of taking our ideas and putting it in writing form,” freshman computer science major and ABC vice president Riley Harbert said.

One thing that has been solidified for the future is to reach out to the greater community outside of the regular book club discussions. Popular ideas among members are book drives, author talks, movie showings and traveling to elementary schools to read to the students.

“We really want to foster a deep emergence in books, and especially for other people who may not be apart of the club,” Schaefer said. “For book drives, we can donate our books to schools and libraries who really need them.”

ABC also wants to cultivate a love for reading that may be lost by students who don’t have time for recreational reading with heavy textbook readings and busy schedules.

“I would say 75 percent of people don’t read for enjoyment in college, and that’s why the book club is important,” Schaefer said. “Reading can open you up to new knowledge in your field, but it can also just help you learn new things in the genre we’re reading. It’s just so important.”

The book club has around 40 members who meet on Mondays and Fridays.

ABC does not have any running social media or websites. Membership is open to people across campus who love books.

“Books have always been there for me,” Schaefer said. “I moved around a lot when I was younger, and whenever you move to a new school you don’t have friends automatically, and the books were there to be my friend and keep me company when no one else would.”