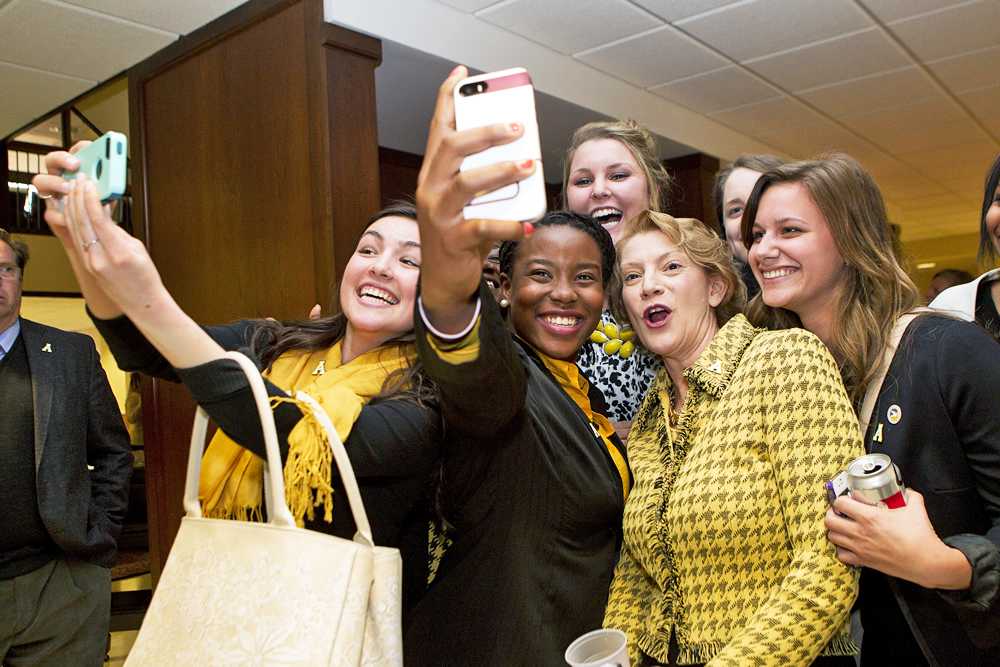 Sheri Noren Everts will assume duties as next chancellor July 1

Since July 2008, Noren Everts, 55, has served as the provost and vice president for academic affairs to Illinois State University.

Noren Everts also served as the chief academic officer at Illinois State and was named one of Illinois’ Most Powerful and Influential Women in 2010 by the National Diversity Council.

UNC system President Tom Ross said he believes the chancellor search committee has been successful in their mission.

“We go through the process trying to find someone who has an inherent awareness and inner strength and ability not just as a leader, but as a person of confidence,” Ross said.

The chancellor search was an ongoing process that began following Kenneth Peacock’s announcement of his resignation in April 2013.

Michael Steinback, head of the chancellor search committee, said he thinks Noren Everts will be fully capable of maintaining Appalachian’s standard and tradition, while also making necessary improvements to make up for challenges such as budgetary concerns.

“There are some difficult and challenging decisions going forward,” said Steinback. “She’s the right person for this job.”

Noren Everts said she plans on upholding Peacock’s legacy to the best of her abilities, while also building on it in her own way.

“It’s about acknowledging and understanding and appreciating where we are because no one wants to lose that,” Noren Everts said.

Peacock said he feels at peace upon exiting his term as chancellor.

Peacock said he is unsure of where the future will lead him personally, but he hopes to continue to work with college-aged students. He also said he hopes to see the university continue to grow.

“The greatest tribute to me would be for her to be successful and I know that we can do that,” Peacock said.

Students will be able to meet with Noren Everts for the first time on campus at Rivers Street Cafe in Central Dining Hall beginning at 10 a.m. Thursday.