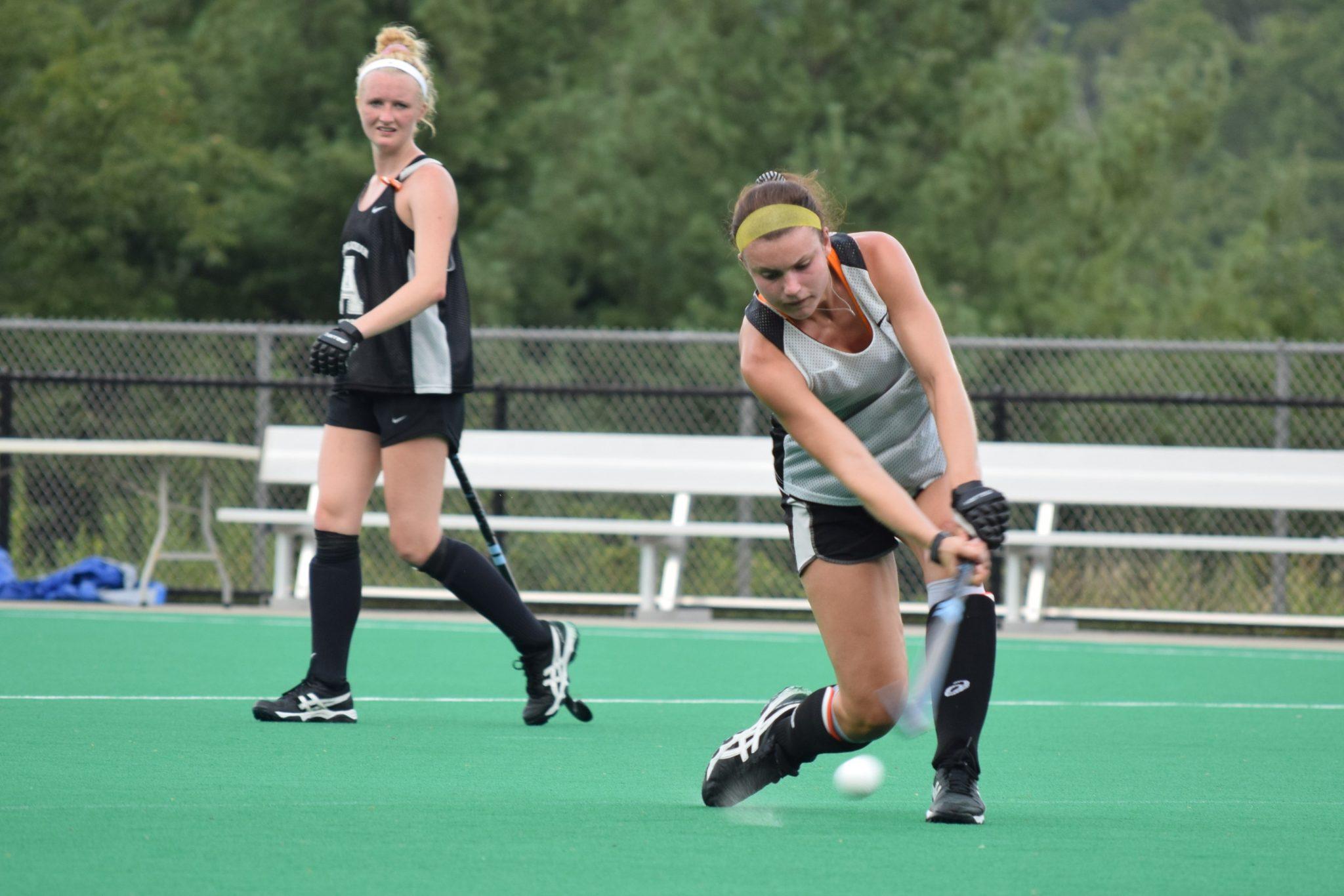 Looking to bounce back from a one-win season in 2016-2017, the expectation for communication during the season is extremely high for the App State field hockey in their first season as a Mid-American Conference team.

“The new conference changes a lot,” head coach Megan Dawson said. “We want to get ready for conference play and now we will play bigger universities, so hopefully our level is raised by the time we start conference play.”

As a member of the Northern Pacific Field Hockey Conference through 2014, the Mountaineers played the last two seasons as an independent team. App State joins the eight team MAC Conference as one of three affiliate teams, but that change has not affected the team as a whole. The change has given the players something to work for during the season.

“Being in the new conference really has not changed the way I prepare personally, but now we have more goals to reach and strive for,” redshirt sophomore goalie Rachel Gaines said. “We have an opportunity to be in a conference championship and that is really great for our team.”

Gaines was ranked 12th nationally last year with 119 saves and was chosen to spend the summer training at the U.S. Senior Indoor Field Hockey facility. She plans to use her time spent at the facility to “help elevate [her] game and bring that back here to Boone and [she’s] using that to try to help everyone else elevate their games.”

In the first six games played, Gaines had a total of 53 saves and played 420 minutes.

Being such a young team, part of the reason for the struggles the Mountaineers faced last year was due to the lack of experience. However, with young players like Gaines making such a quick impact of the team, there has been an increase of determination for the team.

In fact, the Mountaineers only have three seniors this year, including 2016 leading scorer midfielder Taylor Cimbalist.

“The change hasn’t had a big impact on me because I always work hard no matter what and it doesn’t matter if we are playing the best or the worst team,” Cimbalist said.

Cimbalist was the leading scorer of 2016 season with a total of 17 points and is currently second on the team this season behind sophomore Ali Williams. Cimbalist said that she is “just trying to get the young ones on board with the structure and then just honestly working hard, having a good attitude and practices so that leads to good games.”

Appalachian State opens their conference play against Kent State at home on Friday.

Already surpassing their 2016 wins total with a 3-1 victory over La Salle to start the season, the Mountaineers faced a setback with a three game losing streak including losses to Georgetown 8-0, No. 19 James Madison 4-0, and Lafayette 2-1.  The Mountaineers would win against 2-0 against Davidson 2-0 win before losing to No. 4 North Carolina 6-1.

Four out of seven teams in the MAC will proceed to the conference tournament, so Appalachian State will have to step up their game in order to make it this year to the tournament.

There are many expectations for the team this season which include communication, more goals scored and games won.

“I definitely want more wins on the board, having better team chemistry, working on intangible things and the more we can work on that alongside getting better at hockey, the better our team is going to be,” head coach Meghan Dawson said. “[The] last couple of years it has been, let us get better, but now it is easier to identify which games you want to win to make the conference tournament and championship.”

Building a better chemistry with each other is key and having so many games on the road to start the season will give them just that opportunity.

“Road games let us have a lot of team bonding and they get to enjoy each other and work together,” Dawson said. “It is a little easier to focus on the road because you are traveling for business purposes and our goal is to try to win. Many of the players are from up north so this lets us have a big crowd on the road.”

“I think that really our expectations are to improve and to make sure that our team works together as a unit so that we move our program forward and stay on the right track,” Gaines said.

Another expectation for the team is to get along, spend time together and have a good attitude, and doing just that will help lead the team far as they face new conference opponents.

“Just having a good attitude when you come to practice sometimes [helps you improve],” Cimbalist said. “You are not always going to feel good mentally and physically but sometimes you just have to go out there and push it in practice. Live, practice and just run. ”