New National Pan-Hellenic Plots and Garden to be dedicated Saturday 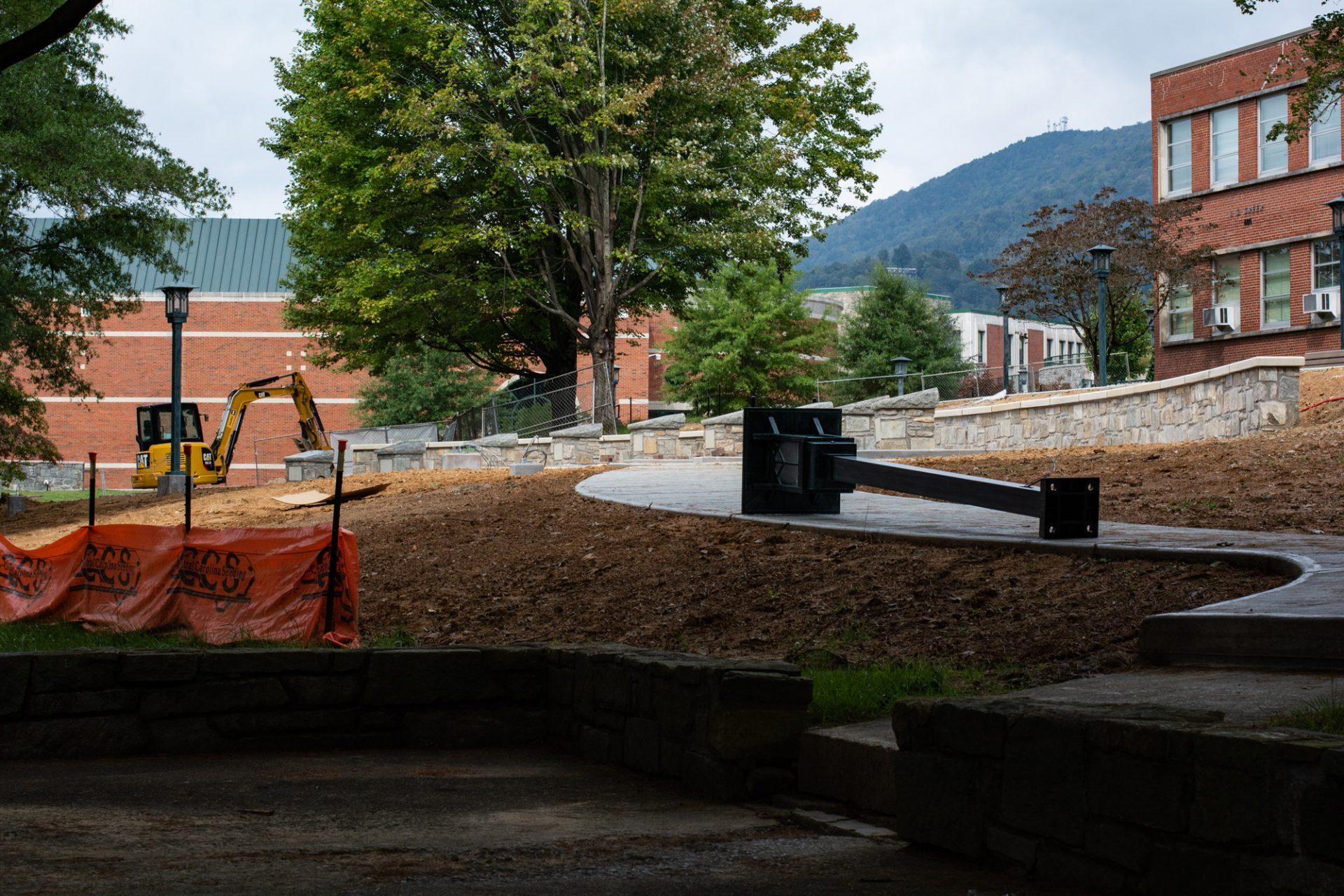 The NPHC plots and Garden is under construction between IG Greer Hall and the tennis courts on East Campus. The project will likely be finished by the school year's end.

The under construction National Pan-Hellenic Plots and Garden will be officially dedicated at 10 a.m. Saturday, as part of the events for Homecoming Week.

The ceremony will be located in the quad between I.G. Greer Hall, Roess Dining Hall, and the BB Dougherty Administration Building. Historically, the plots can be traced back to the end of the Civil War, in which seized Confederate lands were divided into 40-acre plots and utilized for homestead development, according to the NPHC’s website.

Today, these symbolic Plots and Garden are a place of celebration for the National Pan-Hellenic council. Each organization will have their own garden plot, which will include the organization’s crest, founding date, charter date and the names of charter members, NPHC chapter president Inna Colon-Villafranca said.

Colon-Villafranca said the plots are a place for them to be recognized.

The project had been in the works for 11 years, beginning with the passage of the Student Government Association Senate Bill 040-024, but hadn’t officially begun until the land was dedicated last homecoming. It was then that the NPHC announced to alumni and members that the project would require $50,000 to construct, Colon-Villafranca said.

“The alumni really took charge of it. A plot committee was established with a design team, financial team and education team,”

Along with alumni support the NPHC formed a partnership with the SGA, who Colon-Villafranca said, “really helped move it along.”

“The community has been very supportive. Our excitement was contagious,” Colon-Villafranca said.

Colon-Villafranca continued and said the plans for the unveiling ceremony include a speech by a chapter representative and a chapter member in regards to the history of plots, and the journey of how App State came to have a garden plot. After each plot is unveiled, alumni and students will be welcomed to reflect and celebrate.

The plots will be open for

student reflection but may also be used for different Greek life events such as socials or fundraising, Colon-Villafranca said.

Featured photo caption: The NPHC plots and Garden is under construction between IG Greer Hall and the tennis courts on East Campus. The project will likely be finished by the school year’s end.