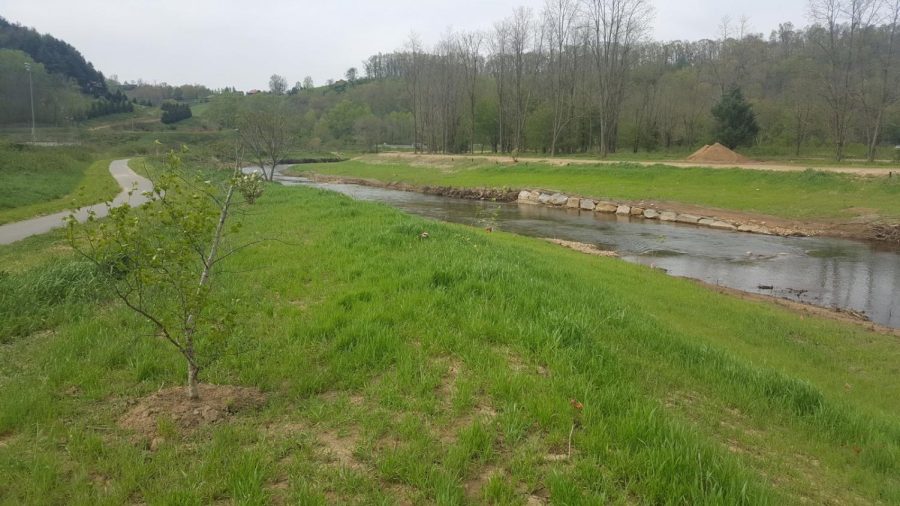 Courtesy of the Town of Boone

Land along the New River was formerly a dairy farm before the Town of Boone purchased it in 2016. A majority of the purchased land is protected conservation land, established to support the habitat.

The Town of Boone will conserve land along the New River to allow the natural environment to thrive and establish a future municipal services complex.

The nearly 54-acre parcel of land, a former dairy farm, was purchased by the town in 2016. A majority of the land, about 30 acres, is now protected conservation land aimed at enhancing the wildlife habitat, promoting cleaner water and preventing flooding downstream, according to a Feb. 16 press release from John Ward, town manager.

“This project exhibits exactly the kind of actions that need to be taken throughout the entire watershed – from North Carolina to West Virginia,” said Chelsea Blount, restoration director for New River Conservancy.

The remaining acreage is the future site of a consolidated facility for police, 911 communication, public works, town planning and a new fire station for the Town of Boone. The Town of Boone has a goal for this facility to be completely carbon neutral, meaning net zero carbon dioxide emissions, said George Santucci, sustainability and special projects manager for the Town of Boone.

To accomplish this, the town is exploring options such as geothermal energy, solar power and transitioning town vehicles, like police and fire, to electric.

“I do think these goals are achievable and as the technology continues to improve and things get better and better – it’s looking hopeful,” said Santucci.

The 30-acre portion of the land being conserved will allow for the New River to flow and flood naturally rather than the water being forced further downstream and flooding there.

The New River Conservancy and Brushy Fork Environmental Consulting will construct rock and log structures along the riverbank, creating a “more gentle grade” so the river can reach the floodplain around it, Blount says.

“This function is vital for rivers because it gives the river a chance to expand into the surrounding floodplain, slow down and soak into the soil,” said Blount.

Allowing the river to reach the floodplain also allows for better wildlife habitats, reduces the impact of droughts and improves water quality. It will also nurture the riparian buffer, the land directly alongside the river, which will let more vegetation grow, keep the water cooler and provide habitats for native fauna.

This conservation easement is the second part of a two-phase project.

Phase two, the 30-acre conservation easement, which includes another river restoration project spanning 1,700-linear-feet, was accomplished through collaboration with the Town of Boone, the North Carolina Clean Water Management Trust Fund and Watauga County. The Town of Boone originally promised 18 acres for this phase, but Blount said they went “above and beyond” by committing 30 instead.

All together, these institutions invested $1,839,055 in the project.

“The more projects that are implemented throughout the New River Watershed, the more connected these native habitats can become which will lead to a more resilient and biodiverse environment in which we all – human and animal – can thrive,” said Blount.