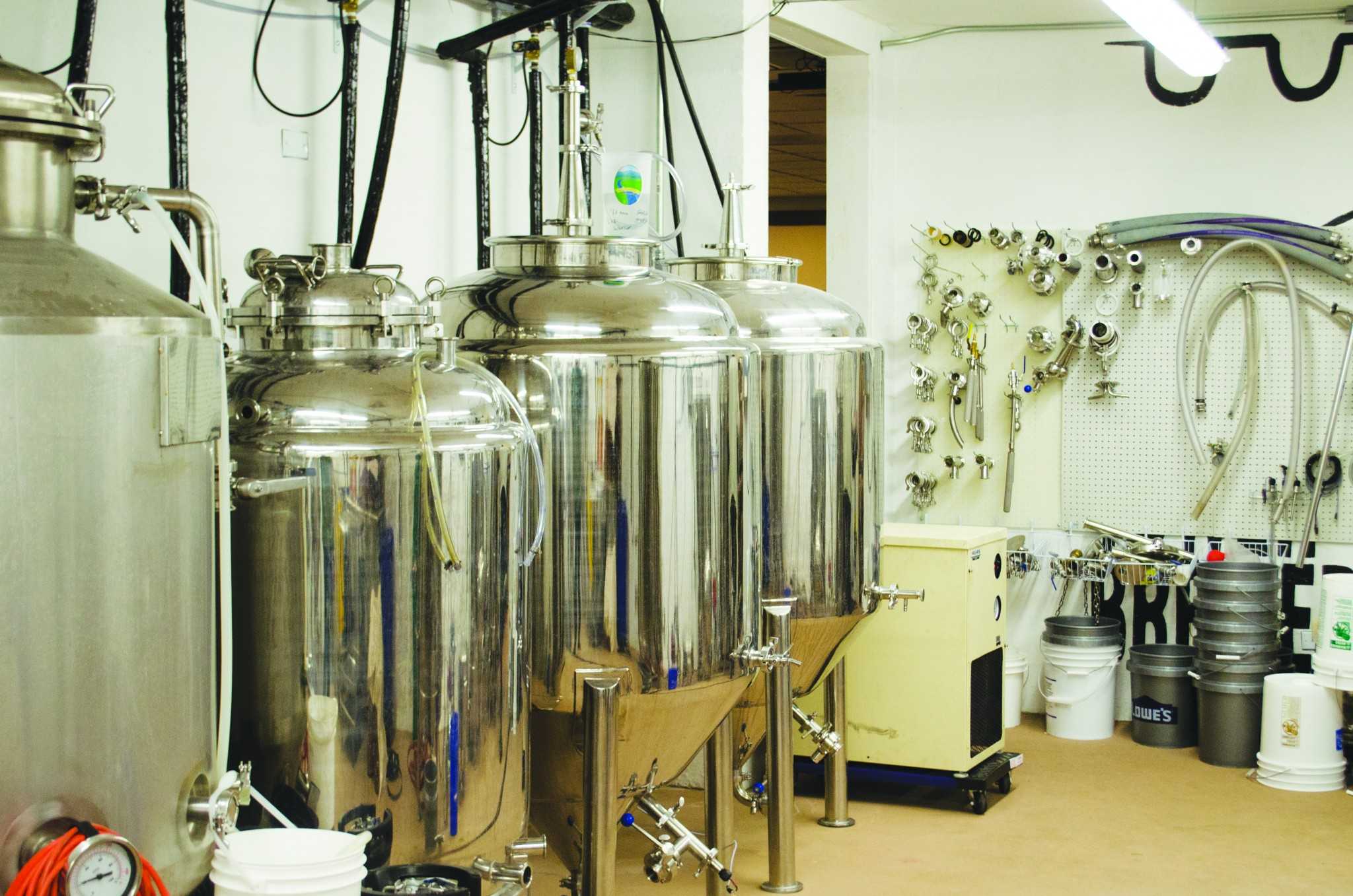 Since being established a few years ago, the fermentation science department at Appalachian has only been getting better with age, much like the fine wine students are learning to produce.

The department webpage says the curriculum was finalized in 2012 with the framework being laid by Seth Cohen, the current director, who came to Appalachian with the aim of creating a program for a degree in the field.

But the seeds were planted by students and faculty with brewing on the brain. Nathan Kelischek, head brewer at Appalachian Mountain Brewery, said he had been working on creating delicious concoctions on campus before the program started proper through Ivory Tower.

These efforts laid fertile ground for establishing a full program to better meet the needs of students drawn to the thriving industry.

From there the program has taken off. Stephan Sommers, a professor in the fermentation science department, said he moved all the way from Germany to join because what it offered was very unique and allowed him to be involved in producing both beer and wine, an opportunity only offered by a handful of programs across the world.

Sommers said the breadth of the program can be partially attributed to the craft brewing industry, which is currently thriving, opening doors and working to legitimize fermented beverages.

“They show how it has to be done, how you attract people, how you sell your product as a more valuable part of the market and how you make it a family experience. Rather than go to a bar and just have a beer, if you go to a small brewery it’s a whole experience, it’s not just about the beer,” Sommers said.

Interest in the craft brewing industry was a driving force in the development of the program and enrollment as many students join with the idea of brewing beer, Sommers said.

Sarah Marx, a founding member of the fermentation sciences club, said that many students have already worked in the industry and are interested in the program to broaden their career potential.

Sommers said that there is still a good mix in the program and that many younger students are joining as well. The only legal hurdles for underage students are classes that focus on the sensory aspects of beer and wine, which require the consumption of alcohol, and often students have to wait until their senior year to take those courses.

Offering more than just the know-how on beer and wine, Sommers said the program strives to cover all facets of fermented goods to begin with and then allows students to narrow down from there. Sommers said this is important because students may forget about the rest of the family, like kombucha and cheese, as well as a myriad of other fermented meat and dairy products.

“I think that’s another big misconception about the program is that it’s all about alcohol and it’s not,” Marx said.

Sommers said a big advantage for the undergraduate approach at Appalachian was that it can cover a wide range of topics, even including classes that focus on the societal effects of alcohol. Different perspectives on its use are presented by guest speakers across the spectrum, from industry insiders to religious leaders.

Getting beyond the theory aspect, Sommers said that classes on wine and beer production are offered to give students a chance to develop their skills and mess up as well.

“Before you start your first job, I always recommend to have all the mistakes already made by then, so you don’t do it on your first job and get into trouble,” he said.

Sommers said that for wine, students go to Grandfather Vineyards, a partner of the department, during the fall semester because that is the harvest season for the grapes they will be using. They also work closely with local breweries so that students can work in their facilities and also perfect their own recipes in the brewing facility in the old Broyhill Events Center.

Sommers said the fruits of their labors can be purchased at Peabody’s Wine and Beer in Boone. The student wine is called Scholar and the profits go towards research scholarships.

Austin Zanella, of Asheville Brewing Company, said that learning the science behind brewing at Appalachian really helped him in understanding his mistakes by realizing what is happening at each step of the process.

“Let’s say something goes wrong, if you don’t know anything besides process, you can’t troubleshoot the problem at all. I think that’s where one of the key strengths of the App State fermentation science program is. If you’ve already got a process, this gives you one extra step where you can actually fix things and what’s more you can actually come up with new things,” Zanella said.

This freedom in experimenting was key to Kelischek as well. He said that working in small batches on campus was key to establishing his fundamentals and made it that much easier to get Appalachian Mountain Brewery started when he met its current CEO while bartending at Mellow Mushroom.

They met over a shared passion for brewing, a passion they were determined to share with Boone, despite the legal difficulties in opening the brewery in town.

“Personally I love Boone. That’s really the reason why we chose to be here is because we wanted to stay here in town,” Kelischek said.

Marx said she is also working to establish a community between students as well as local brewers through the fermentation sciences club, which was officially established this September and plans to meet twice a month.

The department also offers lab services for producers looking to make sure their products are doing well and Sommers said the program has earned a reputation based on its merits.

Sommers said the program has a very close relationship to wineries in the region and they often look through their pool of graduates for potential hires.

Moving forward, Sommers said there are plans to create a master’s program for fermentation science that should be realized within the next two years. This opens up the door for those who want to move into the teaching side of the field and students looking to get more specialized jobs at larger breweries.

“I’ve always liked the idea of teaching. I’ve got three brewers assistants that work on rotation and so I’m teaching them the brewing process and distillery practices and that’s really fun for me,” Zanella said.