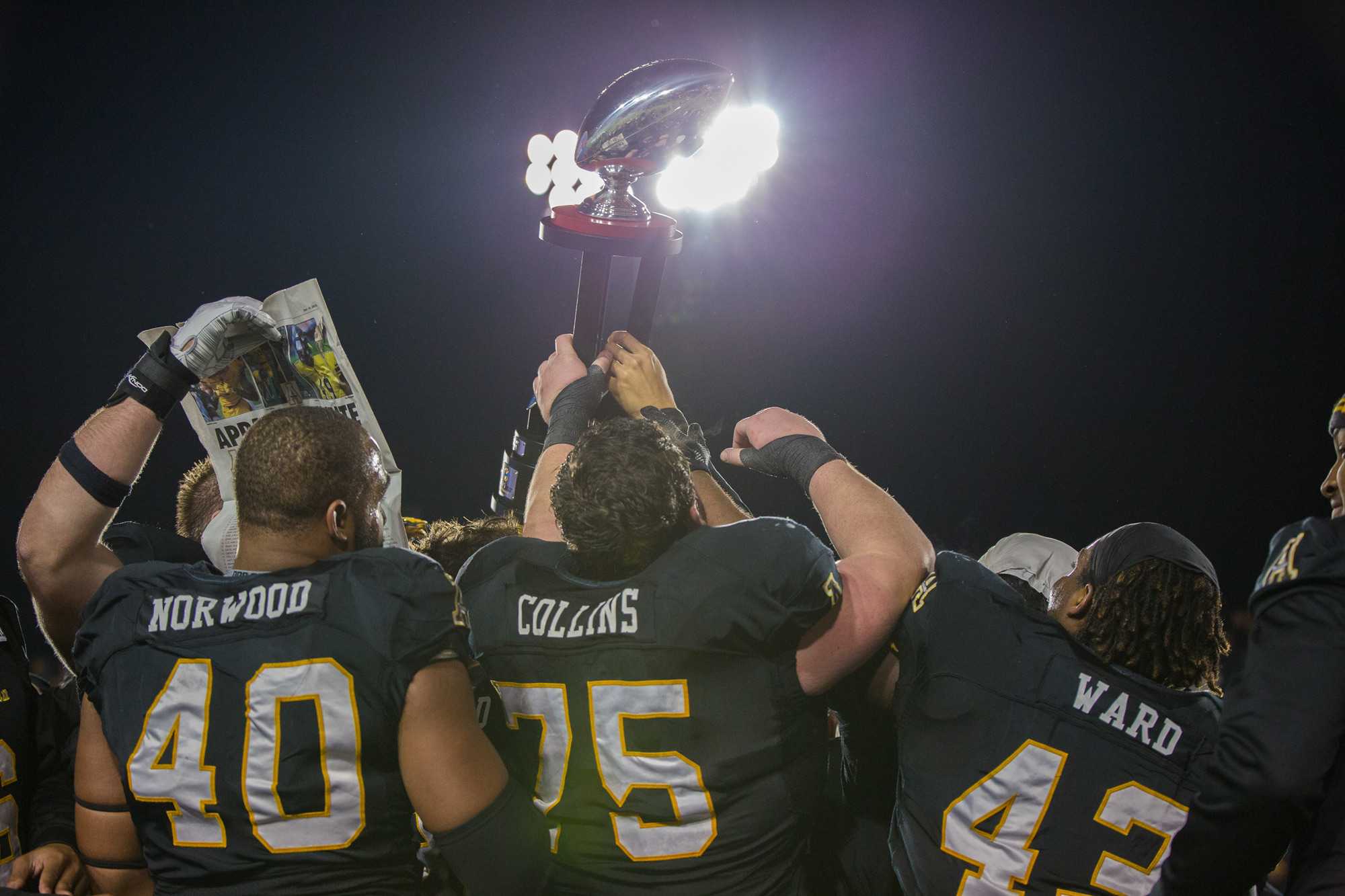 The Mountaineers celebrate after winning the Raycom Media Camellia Bowl. They defeated Ohio 31-29.

With a last minute field goal by former kicker Zach Matics, Dec. 19, 2015 became a date that would go down in Mountaineer football history. The 31-29 win against Ohio University named the Mountaineers Raycom Media Camellia Bowl champs and gave the team a victory in their first ever NCAA bowl game.

The Camellia Bowl win helped the team finish off a successful 2015 season with a record-breaking 11-2 record as well as a record for the number of victories as a Division I FBS team. The win also put the Mountaineers on the map as a winning football program.

The game was broadcasted on ESPN and drew in 1.9 million viewers nationwide, increasing Camellia Bowl viewership by 73 percent from 2014 to 2015. It was also one of the three largest bowl games in terms of viewership shown on Dec. 19.

However, despite the strong finish to last season seen by millions of viewers, the team is hoping to keep the past from getting to their heads and move forward onto this season with the hopes of becoming Sun Belt champs.

“The thing that we’ve been talking about this off season is that you learn from the past,” Satterfield said. “Whether it’s good or bad, you learn from it, but it does not matter about what happens this year what we did in the past. This is a new team, a new identity and new guys that are going to have to make their mark on the program this year.”

Satterfield said the team has a tough schedule ahead of them this year, with three upcoming games against big name teams. What is important, though, is that the team treats each game the same.

“It’s extremely challenging, what we have to do in these [next three] games,” Satterfield said. “We want to compete and be very successful against other teams in our peer conferences. We’ll take it one game at a time, and what’s our goal? To win the Sun Belt championship.”

After a heartbreaking and close loss to the University of Tennessee, the Mountaineers are on their way to a season that they hope will not be outshone by their success last year and in the end will result in a Sun Belt championship ring.