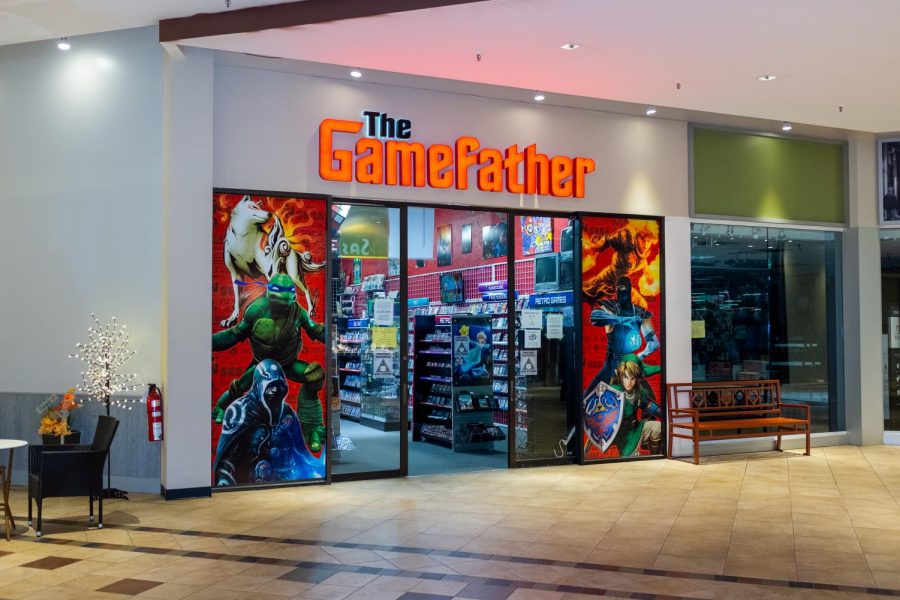 The Gamefather located in the Boone Mall. The Gamefather is working to satisfy high demand after Gamestop’s recent closure in Boone.

The release of the next generation of mainstream gaming consoles is just around the corner, and retro video game store The Gamefather is working to satisfy high demand in the wake of Gamestop’s recent closure in Boone.

Pre-orders for both the Playstation 5 and Xbox Series X, along with each console’s cheaper variation, are open at major retailers like Gamestop, Walmart and Target. After the closure of Boone’s Gamestop, though, the High Country is facing a “hole in the local market,” said Amanda Ready, director of operations at The Gamefather.

While The Gamefather offers a variety of products, the store specializes in retro gaming, a far cry from Gamestop’s typical new release lineup.

“GameStop doesn’t really sell anything older than, say, an Xbox 360 or PS3,” consoles that released in 2005 and 2006, Ready said. “They don’t carry PlayStation 2 games. They don’t carry cartridge games and things like that.”

Because the two retailers largely deal in products of different eras, Ready said the store previously relied on customers purchasing new items at Gamestop and later trading them in at The Gamefather.

“Everyone assumes that because we’re competitors that we were just totally psyched about them closing, but that’s actually not the case,” Ready said.

Ready said she feels  The Gamefather has a hole a to fill for the Boone community and a duty to provide an extensive selection of newly released products, including next-generation consoles and games.

Unfortunately, small businesses like The Gamefather don’t have all the necessary resources to guarantee Playstation 5 and Xbox Series X availability when both systems launch in November.

“We don’t really have access to the same type of suppliers that bigger corporations such as GameStop, Target and Walmart do,” Ready said.

Ready said it may be until 2021 before The Gamefather and other small retailers are able to get the new gaming systems on their shelves.

As of Sept. 22, other game stores in Boone, like Dragon’s Den and Ori’s Game Corner, will also not have the next-generation consoles available at launch.

The closing of Boone’s Gamestop and lack of availability of new consoles in local stores leaves the High Country with few options: purchase a console from Walmart, travel off the mountain, order online or wait.

After the May closure, the nearest Gamestop to Boone is in Lenoir, around a 45-minute drive from App State’s campus.

Boone’s Gamestop is not the only location to close after the pandemic hit, however, with the company announcing that it will turn the lights off in upwards of 400 stores worldwide in 2020.

Lauren Rutledge, a junior graphic design major, was working at the Boone Gamestop when it permanently closed.

Rutledge said the Boone location closed because of complications with the store’s landlord and the broader closure of stores around the world.

She is worried that Boone will lose a sense of community that Gamestop was able to provide.

“I feel that the Boone Gamestop served more of a purpose than just a game retailer, but also as a place for the community to gather,” Rutledge said. “There’s a big difference between reading reviews and ordering a game online, and hearing recommendations from the person in front of you and holding that game in your own two hands when going to buy it.”

The Gamefather staff wants to become more grounded in the community to try and supplement the loss of Gamestop.

Ready said The Gamefather is currently remodeling aspects of both the physical store and the company’s goals to “get more involved in the community,” she said.

“We’re not a corporation, and we can’t fill all the needs that they can, but we’re gonna do whatever we can to make our local gaming community happy,” Ready said.

In regard to the release of next-generation consoles, Rutledge thinks the Boone Walmart and The Gamefather will have a daunting challenge to overcome once November rolls around.

“I suppose Walmart and The Gamefather better be prepared for a storm,” Rutledge said.