NEXUS Greenhouse studies how to grow plants year round sustainably 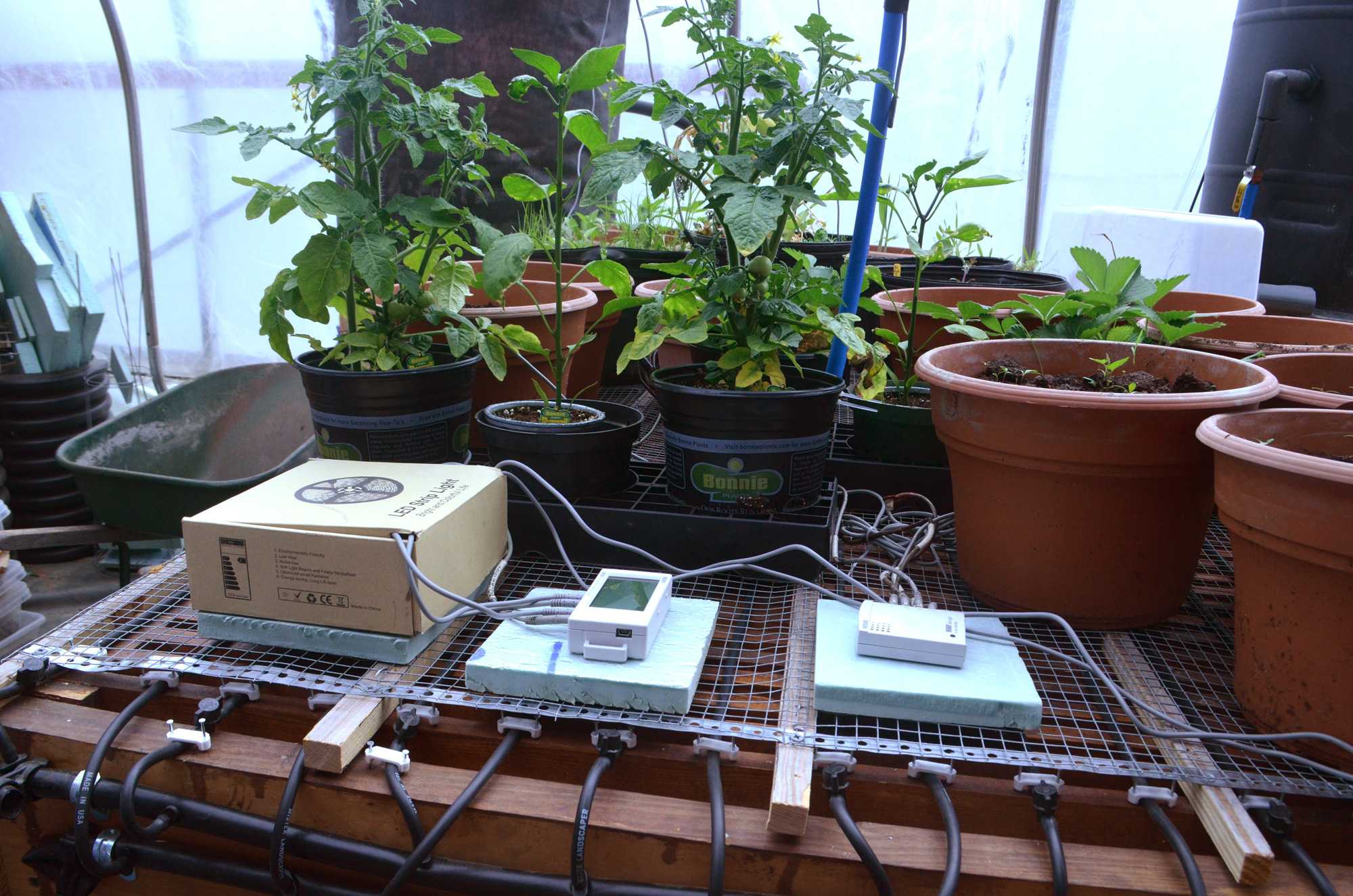 These devices are designed to measure plant growth. Data collected is used to determine the best conditions for growing plants during the winter months.

Located just beyond the Watauga County Landfill site in Boone lies a greenhouse built to use biomass energy, which is generated from agricultural and food waste materials, to grow plants year round.

The greenhouse was made through the NEXUS project, a biomass energy research team consisting of faculty and students from the Sustainable Technology and the Built Environment (STBE) and Appalachian Energy Center (AEC).

“The NEXUS project is aiming to help Appalachian rural farmers to increase their income or increase their productivity by extending growing seasons,” Hei-Young Kim, research assistant at the Appalachian Energy Center, said. “With the greenhouse, we can extend the growing season but here, on top of the mountain, we need some kind of heating system.”

Kim said that for small farmers, certain crops can be too expensive to grow during the winter, so biomass or biofuel can help extend the growing season.

“Water is a very good thermomass; it contains heat for a long time. We used to have a pond running underneath the greenhouse,” Kim said. “We store the heat in the tank and use the pond to circulate hot water and the pond is warmed up. The pond is one source of delivering heat to the greenhouse. Also, pond water includes fish waste. Fish waste can be good nutrients for plants.”

The pond contains special pebbles that are very light and porous, retaining both water and the nutrients from the fish waste.

“When I first entered the graduate program I was asked what my interests were, and based on that I was asked to work at the NEXUS, an opportunity for which I am very thankful,” graduate student Jared Sanborn said. “We have several graduate and undergraduate students involved at the NEXUS, but all of us are there because we enjoy the projects and hands-on opportunities it provides.”

Kim says the team is currently composed of three faculty members and seven students. Kim herself was a graduate student on the project and stayed on after graduation.

“The project which I am most involved in is with our biochar kiln. We have been designing, testing, and redesigning our kiln since I first started working at the NEXUS four semesters ago,” Sanborn said. “The kiln is wood fired and heats biomass up beyond 500 degrees Celsius (over 900 degrees Fahrenheit) in an oxygen-free environment, we also capture that heat to heat our greenhouse. This causes a reaction called pyrolysis, which creates a flammable gas and a flammable liquid, both of which we use to continue to heat the reaction, and a solid byproduct called biochar.”

Sanborn said Biochar is the carbon structure left after pyrolysis and has numerous benefits to soil health including helping soil microbes and increasing nutrient availability.

Compared to regular soil, soil with biochar can hold up to 700 percent more water.

“I contacted farmers from the Farmer’s Market and two of them, Springhouse and Against the Grain, were very excited about our project so we visited their farms and did some assessments and introduced our project,” Kim said. “One of the farms is using propane gas to heat the greenhouse, so once we install the systems, we can maybe compare how much propane they save.”

Additionally, NEXUS is testing LED lighting to see how plants react and grow to different colors of light to sustain them through winter.

“Heat is not the only issue during the winter. We don’t have enough light either,” Kim said. “Students will do some research about the different colors of LEDs and how it affects the growing plants and how much this kind of effect can extend the growing season.”

Kim said NEXUS is also having students test different LED lights to see which most effectively supplements plants needs during the winter months.

An upcoming project by NEXUS is a bio-energy craft field funded by the United States Department of Agriculture (USDA) with plant roots donated from N.C. State University.

“In this cycle of the funding period we’re going to grow plants for bioenergy so we can test them to make biochar and zinc gas for the kiln and we can also test the crops for bioethanol,” Kim said.  “When sprouts come up we’re going to transplant them to the field.”

The project is funded by the Environmental Protection Agency (EPA), Tennessee Valley Authority (TVA), NC Department of Agriculture & Consumer Services (NCDA) and ASU as well as receiving grants from the USDA.

Kim said the greenhouse uses only renewable energy instead of fossil fuels to be environmentally-friendly and to help farmers increase productivity.

“The main theme throughout all projects at the NEXUS is to take a waste product and turn it into something useful,” Sanborn said.