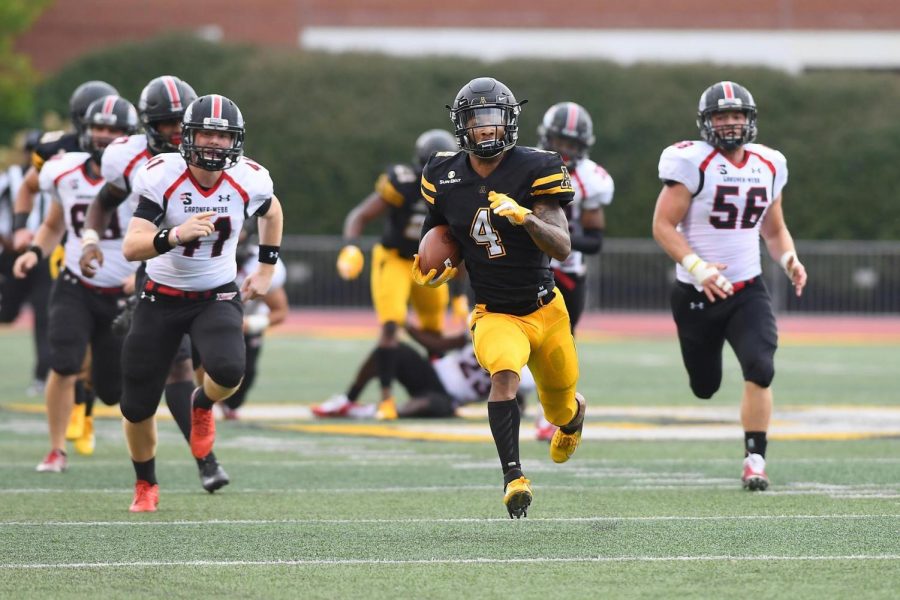 Cornerback Clifton Duck is one of five former App State players who are participating in the NFL Preseason. Duck signed with the Chicago Bears and has had a strong showing throughout preseason.

Though no Mountaineers were drafted in the 2019 NFL draft, five signed free agent deals to compete for roster spots during the preseason. Clifton Duck, the All-Sun Belt cornerback who left App State after his junior year, signed with the Chicago Bears. Star running back Jalin Moore and defensive lineman MyQuon Stout signed with the New York Jets, senior cornerback Tae Hayes signed with the Jacksonville Jaguars, and cornerback Austin Exford inked his deal with the Houston Texans.

So far this preseason, Duck has made the biggest impact for his team. In his first preseason game against the Carolina Panthers, Duck led all Bears players with six tackles. In his second game, he caught a goal line interception and returned it 62 yards against the New York Giants. His next game is Aug. 29 against the Tennessee Titans, in which he expects to see a lot of playing time. Bears head coach Matt Nagy said he was watching the cornerback position closely, and even singled out Duck as a “guy we’re watching pretty closely” according to ChicagoBears.com.

Hayes has also made himself a tough cut for the Jacksonville Jaguars. Though the Jags are loaded at the cornerback position, Hayes has carved out a spot for himself in the preseason. PFF.com ranked Hayes at #20 on their “top 25 rookies through week three of the NFL preseason” list. In his first game, he picked off former Penn State quarterback Trace McSorley, then followed with four solo tackles in his second week against the Philadelphia Eagles.

Former secondary teammate Exford has also played well, seeing the field in both of the Texans’ first two preseason games, recording six tackles overall. The Texans possess a great front seven, but their secondary is consistently a weak spot, giving Exford a chance at making the final roster.

Moore, who finished his illustrious career at App State ranked sixth in program history with 3,570 rushing yards, has yet to carry the ball in the preseason for the Jets. New York is stacked at the running back position, but Moore is currently still on the roster. His former Mountaineer and current Jets teammate Stout has recorded one tackle during the preseason thus far but should get more playing time in the final game in which free agents are given more opportunities to showcase their abilities.