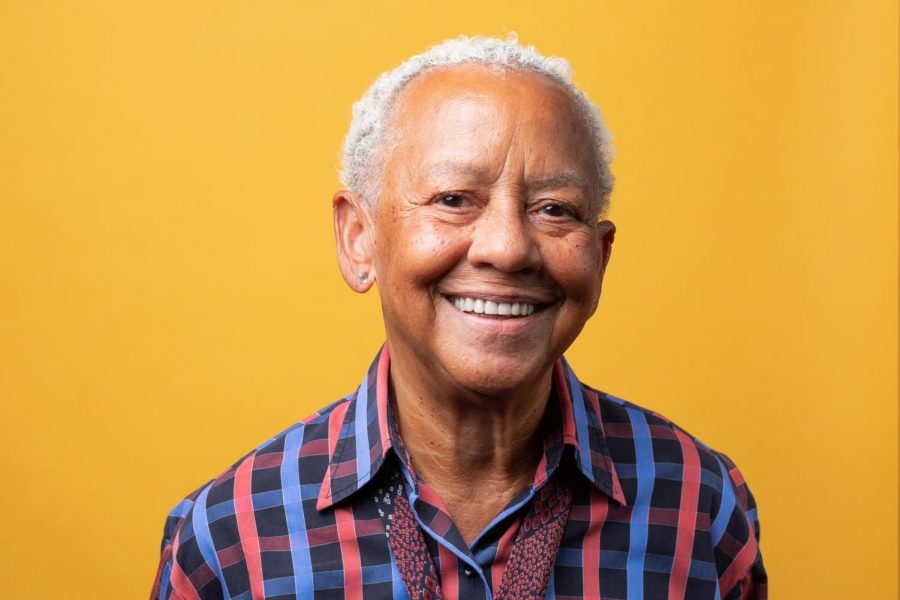 Welcomed by hundreds with a standing ovation, Nikki Giovanni took the stage Jan. 13 at the Schaefer Center to commemorate Dr. Martin Luther King Jr. with laughter and poems.

Giovanni is a world-renowned poet, writer, commentator, activist and educator.

As a poet, Giovanni finds it important to recognize her progress as a writer.

“I enjoy my work, and I think that I’ve grown. I think I’ve learned something… if you took all of my books and threw them up in the air and they came down, you would easily be able to say which came first, which came last. You’d be able to see the growth,” Giovanni said.

During her speech, Giovanni read her poem “When God Made Mountains” hoping to connect with App State students.

Part of the poem went:

“So he sent Mountaineers

He sent white people who would not be a slave

In a letter addressing App State’s diversity initiative, Chief Diversity Officer Willie Fleming wrote, “I believe that a socially just campus community not only celebrates diversity, but is indeed intentional in making equitable room at the table for all its members.”

Giovanni has been a faculty member at Virginia Tech since 1987. She has also received the Woman of the Year Award from Ebony Magazine, Ladies Home Journal and Mademoiselle Magazine and was the first recipient of The Rosa Parks Women of Courage Award.

Giovanni, an advocate for the African American community, believes the effort toward diversity holds a deeper meaning.

“We try to say, ‘Well we want diversity,’ what we want is humanity,” Giovanni said.

Giovanni believes in the App State community and their potential to change societal norms.

“I am so proud of being where I am because we people here in Appalachian are the people who are going to go help change the world,” she said.

Giovanni said the Appalachian region has had a history of taking a lead on civil rights initiatives.

“If you take the Appalachian Trail from Alabama and take it all the way up to Maine, what you see is white men and women on this trail around us who hung quilts so we who were escaping slaves, we who were running away from slavery, knew that this was a safe place,” Giovanni said. “Without the Appalachian involvement in the Civil War, we would have had a different situation, a different outcome.”

Giovanni said that one crucial aspect to her writing is her ability to move forward. She said people should build on art and create new things instead of being stuck in the past.

“As writers, the reason that you write is that you want to leave some part of a footstep,” Giovanni said.

To Giovanni, leaving a footstep could mean anything, but her work is rooted in advocacy.

“Writing is a profession that you really can’t judge what it means,” Giovanni said.