With no mosques in Boone, students are left without a place to pray 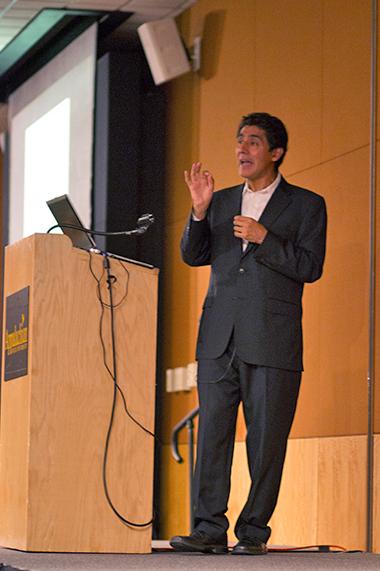 Correction: An earlier version of the article incorrectly stated the group is called the Student Muslim Association. The correct name is the Muslim Student Association. The Appalachian apologizes for the error.

Because the closest mosques are in Johnson City, an hour and a half away, Muslims in Boone don’t have an easily accessible mosque to pray, said Lena Aloumari, senior journalism major and President of the Muslim Student Association. “If it’s a tradition you have where you go every week, it’s hard to break that,” Aloumari said. “You have no choice. You are forced to break the tradition unless you are willing to drive that far.”Jamal Bajwa, a member of the Muslim Student Association., said a mosque is not only a place for prayer, but a place to develop a sense of community. The lack of a mosque in Boone makes it hard for Muslim students to feel united.

Bajwa said it also prevents him and his fellow Muslims from attending Friday prayer because they would have to drive so far.A mosque is also a place for Muslims to learn about their religion, he said.In today’s world of misinformation, Bajwa said a mosque would allow students to be able to correctly answer questions posed by friends and society about Islam.Meg Lemoine, junior cultural anthropology major and member of the Muslim Student Association., said she wouldn’t expect there to be a mosque in Boone.Lemoine said this would be the time for Boone to build a mosque, or designate a space for Islamic prayer.Lemoine said she thinks it is “time for Boone to take advantage of growing interest in spirituality and grow in its knowledge and awareness and interest in different types of spirituality.”Omar Ali, a professor of African American Studies who specializes in Islam in the Indian Ocean World at UNC-Greensboro, recently spoke at the university.Ali suggested organizing a petition signed by students supporting a prayer space for Islamic prayer, to be presented to the town of Boone as well as Appalachian.”That is what people in positions of power respond to, people coming together as an organized voice and inserting themselves that way,” Ali said.Aloumari said they do not need a mosque to pray, just a space to gather and organize prayer.Westminster Canterbury Fellowship has offered a room called Third Place, which opened this year, as a place for the student Muslims to hold prayer.Aloumari said if they can’t find a room on campus, they use Third Place.