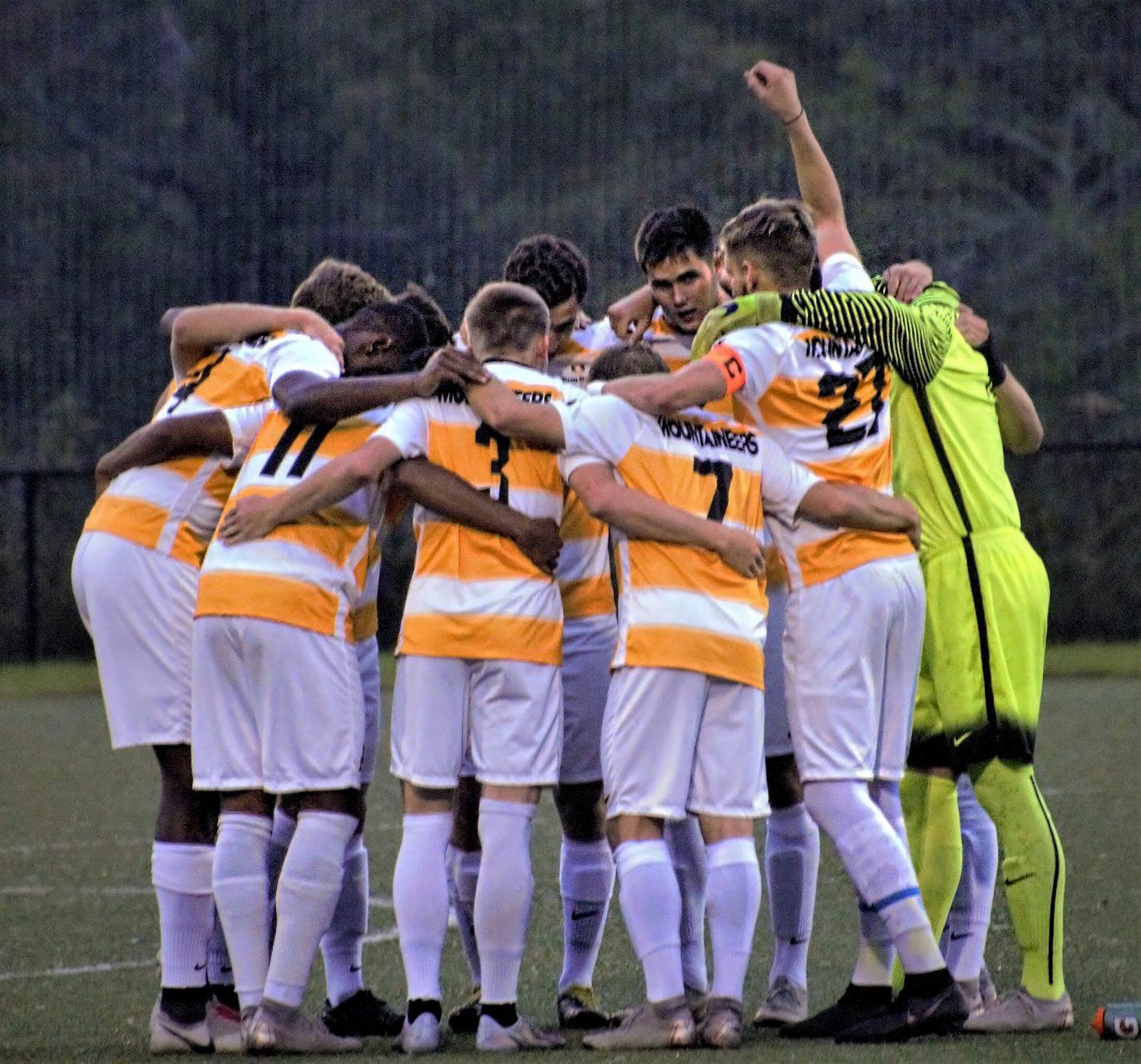 The App State men's soccer team huddles together during a game against Georgia State in 2018. Men's soccer, along with men's tennis and men's indoor track and field, have been canceled, athletic director Doug Gillin announced Tuesday.

Three men’s sports programs at App State have been canceled in order to cut costs due to the financial impact of COVID-19 on the athletics department, athletic director Doug Gillin announced Tuesday.

“I believe we’ve been thoughtful, from an assessment standpoint, trying to make the best, responsible decisions for the future of Appalachian State athletics,” Gillin said during a Zoom conference call with media members Tuesday.

Effective immediately, there will be no more men’s soccer, men’s tennis or men’s indoor track and field programs at App State.

Members of these teams must give up their sport if they decide to stay or give up their lives in Boone if they transfer to another school.

These cuts come because of a 20% reduction to the athletics budget in the 2021 fiscal year, which equates to approximately $5 million. Gillin hopes that no more cuts will have to happen in order to reach the $5 million mark.

“This is an exhaustive process to go through,” Gillin said. “There’s no right answer. It doesn’t mean that these three sports and these three sports’ student-athletes mean any less to us than the others, and that’s part of the pain and the hurt.”

Gillin said that in the five years he’s been at App State, the proportion of females to males in the school’s overall enrollment has continued to go up and that the cuts “align Appalachian better from a Title IX perspective.”

Gillin said the hope is that the return to play of football will help with the budget and not force any more programs to be cut.

“We didn’t just do this today because we thought we’d have to do it again,” Gillin said. “In hope upon hope, right or wrong, is that we’re answering the $5 million question between now and the end of May, and that we can move forward. If we get a curveball along the way, then we’ll re-adjust.”

Gillin said the Sun Belt had conversations with Conference-USA and other conferences about the possibility of playing more geographically-close games in order to cut travel costs and help App State get to the $5 million savings mark.

“I hope we use this as an opportunity to play more regionally,” Gillin said.

Gillin said the decisions aren’t “cut-and-dry” or easy and that a lot of factors went into the decision to ultimately discontinue three of App State’s athletic programs.

“You gotta have innovation and creativity in times like this, and if you don’t, you miss the opportunity,” Gillin said.