None harmed in Appalcart crash 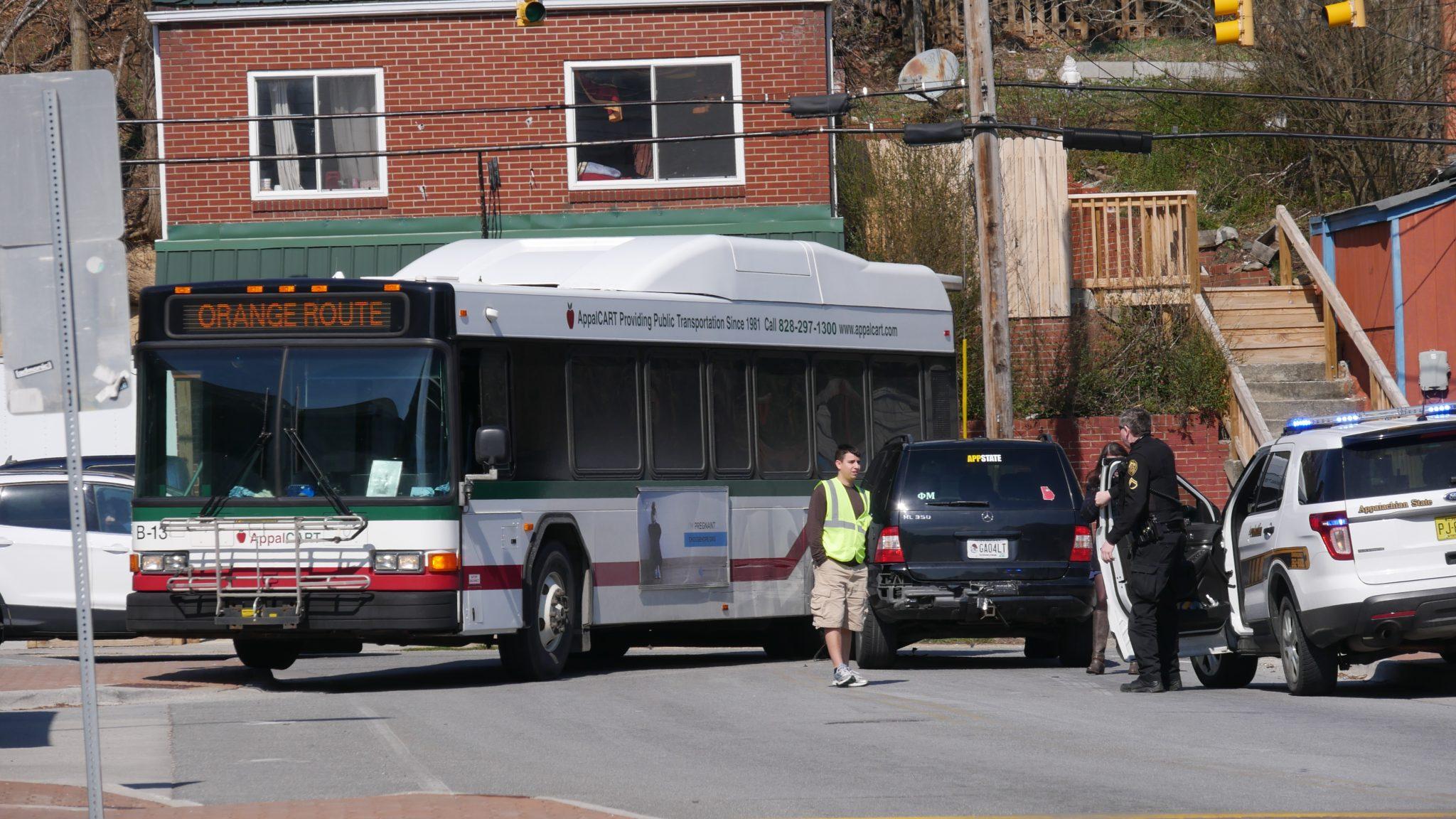 At approximately 2 p.m. on Saturday, an Appalcart bus struck a student in her car at the College Street light. Appalachian State Campus Police were the first on the scene, followed shortly after by the Boone Police Department.

Megan King, a senior exercise science major, said she was turning left onto King Street when the Appalcart also turned left on College Street and struck her black Mercedes-Benz SUV.

“He just like cut me off as he turned,” King said.“When he was coming it almost looked like he was coming and he was going to hit me, but I thought it was going to be fine, I wasn’t sure and then that is when I realized he started hitting me and I started laying on my horn.”

King said she was alone in her vehicle and unharmed. King’s front bumper was torn off in the crash.

The bus was operating on the orange route and sustained a minor dent and side-scrapes.

King said the Appalcart driver admitted fault, however, the driver and his supervisor offered no comment.

An officer on the scene said he could not give any details except that the Appalcart driver was cited.

An incident report is forthcoming.