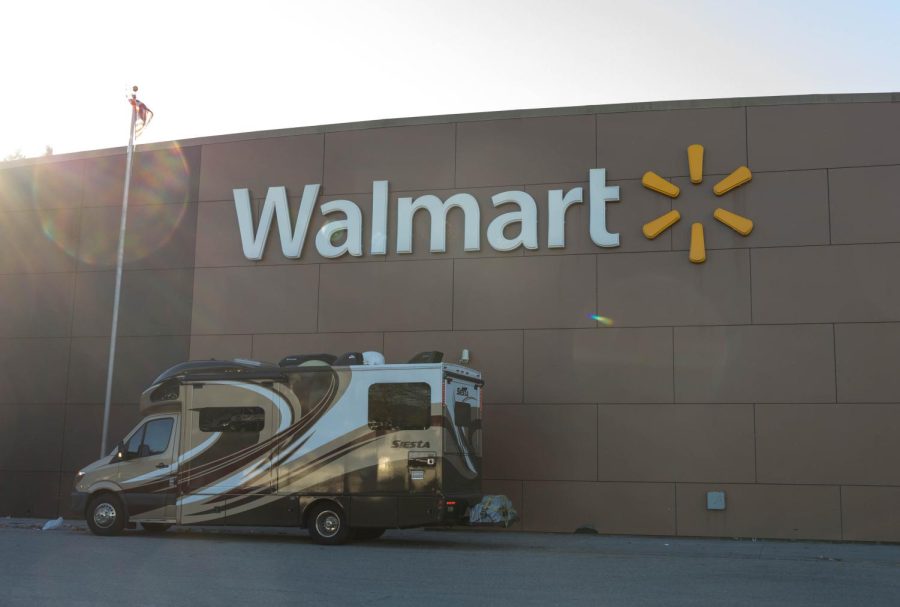 A recreational vehicle parked in front of the Boone Walmart, Jan. 10, 2022.

Solar panels are emerging as a new source of power with the potential to generate thousands of gigawatt hours of clean electricity, according to a report from Environment North Carolina.

The report ranks North Carolina eighth in the nation for solar energy potential in collaboration with big box stores and retail chain stores such as Target or Walmart. According to the report, if all 3,684 big box stores in North Carolina installed solar paneling on their roofs, 3,241 GWh of clean electricity would be produced each year, which could power 304,000 homes across the state.

“Solar electricity is the fastest growing form of electricity generation in the United States, due to solar energy’s low and rapidly dropping price, the immensity of America’s solar resource and public policies,” said Krista Early, an advocate for Environment North Carolina.

“I think we don’t use rooftops enough for solar, especially on the big box stores,” Ball said. “They are in an area with great solar orientation for high density and urban environments.”

North Carolina Interfaith Power and Light is a nonprofit organization working to organize congregations across the state to implement renewable energy usage in their places of worship.

“As people of faith, we have become more deeply engaged in environmental stewardship,” Tuttle said. “We now recognize that rapidly accelerating climate change is one of the greatest challenges that civilization has ever faced.”

Tuttle said the congregations have been doing regular energy audits and designing new buildings and additions that are “highly energy efficient.” North Carolina’s next challenge is to bring big box stores “to the table,” Tuttle said.

Ball agreed with Tuttle and said customers can use monetary incentives to influence the shift to solar.

“They do respond to consumer credit,” Ball said. “When we choose to spend our money, we can support the corporations that are reflective of our own values and goals.”

Last year, Gov. Roy Cooper signed House Bill 951 into law, which established a carbon planning process for Duke Energy. The law required Duke Energy to reduce their emissions by 70% from the 2005 levels by 2030 and 100% by 2050. According to their “Carolinas Carbon Plan,” Duke Energy plans to meet these goals with help from the community.

Lindsey Hallock, southeast senior regional director of Voter Solar, said the best way to get involved is for individuals or businesses to sign up through Duke Energy’s stakeholder process.

“Keep learning. These are difficult problems, but there is a lot of technology that exists that we are able to utilize,” Ball said. “We need to thoughtfully strategize how we are going to develop our path towards carbon and climate neutrality.”