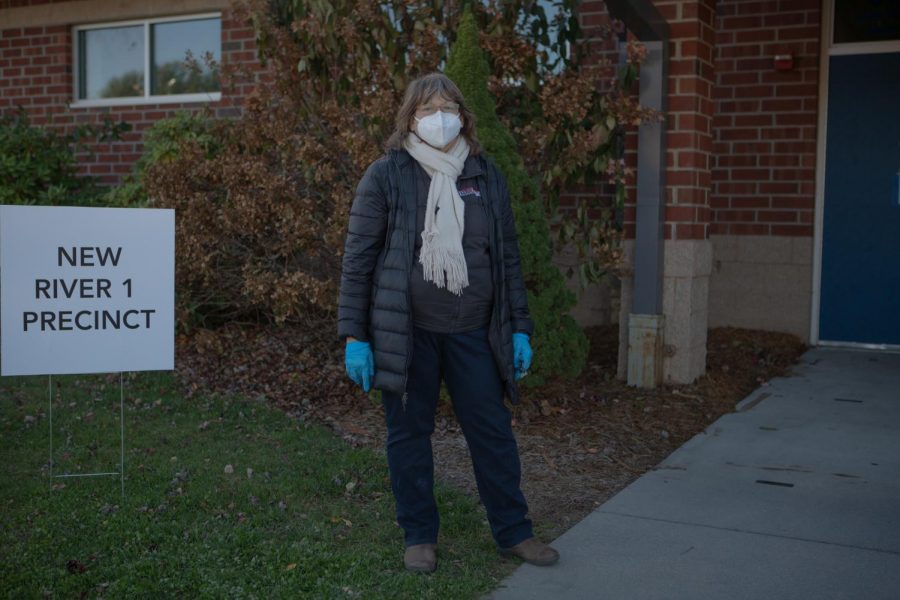 Ann Brown, poll worker at Watauga High School. Brown has been involved with working at voting polls since 2008 when she moved into the area.

Election boards across North Carolina focused their efforts on recruiting poll workers for voting sites during an abnormal presidential election.

On March 4, the North Carolina State Board of Elections received the 2020 Clearinghouse Award for best practices in recruiting, retaining and training poll workers.

“Not only were we able to recruit enough people to conduct COVID-safe elections, we were also introduced to many outstanding new people that our normal recruitment channels have not been able to reach,” Watauga County Board of Elections Director Matt Snyder said.

The board received their award for their new Democracy Heroes campaign, which recruited over 57,000 election workers for the general election that assisted with early voting sites and precincts on Election Day.

Snyder said the Democracy Heroes campaign was a “lifesaver.”

“The Democracy Heroes program would not have been successful without the tens of thousands of North Carolinians who pledged to work in the 2020 election,” Karen Brinson Bell, executive director of the state board of elections, said in a press release. “We plan to continue this effort, so the Democracy Heroes program will ensure that counties have the election workers they need for years to come.”

“Thank you to each individual and organization who assisted the state board in ensuring there were enough election workers for the general election,” Bell said in a press release. “This election would not have happened without your dedication to democracy.”

Boyle said her experience working on Election Day and for early voting was good.

“Everyone I worked with did a great job adapting to the COVID restrictions,” O’Boyle said. “The people who trained me were extremely knowledgeable and had worked many elections prior.”

U.S. Election Assistance Commission Chairman Donald Palmer said in a press release that the number of  Clearinghouse award submissions displays that officials continue to “modernize and  develop programming that will serve as helpful practices for the coming years.”