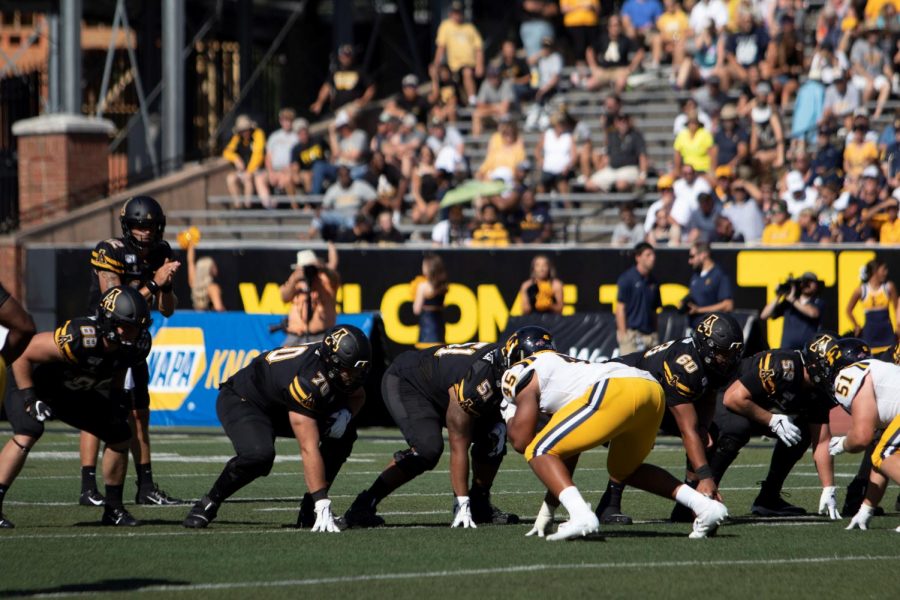 The Mountaineer offensive line ranked in the top 25 nationally for fewest yards allowed and sacks every year since 2014.

Despite all the changes to the team this off-season, assistant head coach/offensive line coach Shawn Clark is still in Boone with a group of talented veterans ready to create space and protect the quarterback.

Johnson has started in 38 consecutive games for the Mountaineers and was recently named the best pass blocker in the Sun Belt.

Juniors Cole Garrison and Baer Hunter are looking to secure their spots on the line this year after making appearances in 2018. Garrison played at left tackle for most of the Sun Belt Championship game and the R+L Carrier New Orleans Bowl.

True freshmen Craig McFarland and Lyle Hiers are newcomers who have potential to impact the game.

With new running backs in the offense this year and junior quarterback Zac Thomas under a new play caller, the offensive line will have much more pressure on themselves to perform.

“To have an offensive line with a lot of experience is great, especially in down times,” Johnson told AppStateSports.com. “If stuff’s not going well on the field and you’ve got guys with experience, you can come back to the sideline and draw something up, and you know it’ll get going eventually.”

App State’s narrative this year is all about change, thanks to the departure of former head coach Scott Satterfield. Despite all the changes and new faces, the consistency of the O-line is something Mountaineer fans can rely on.