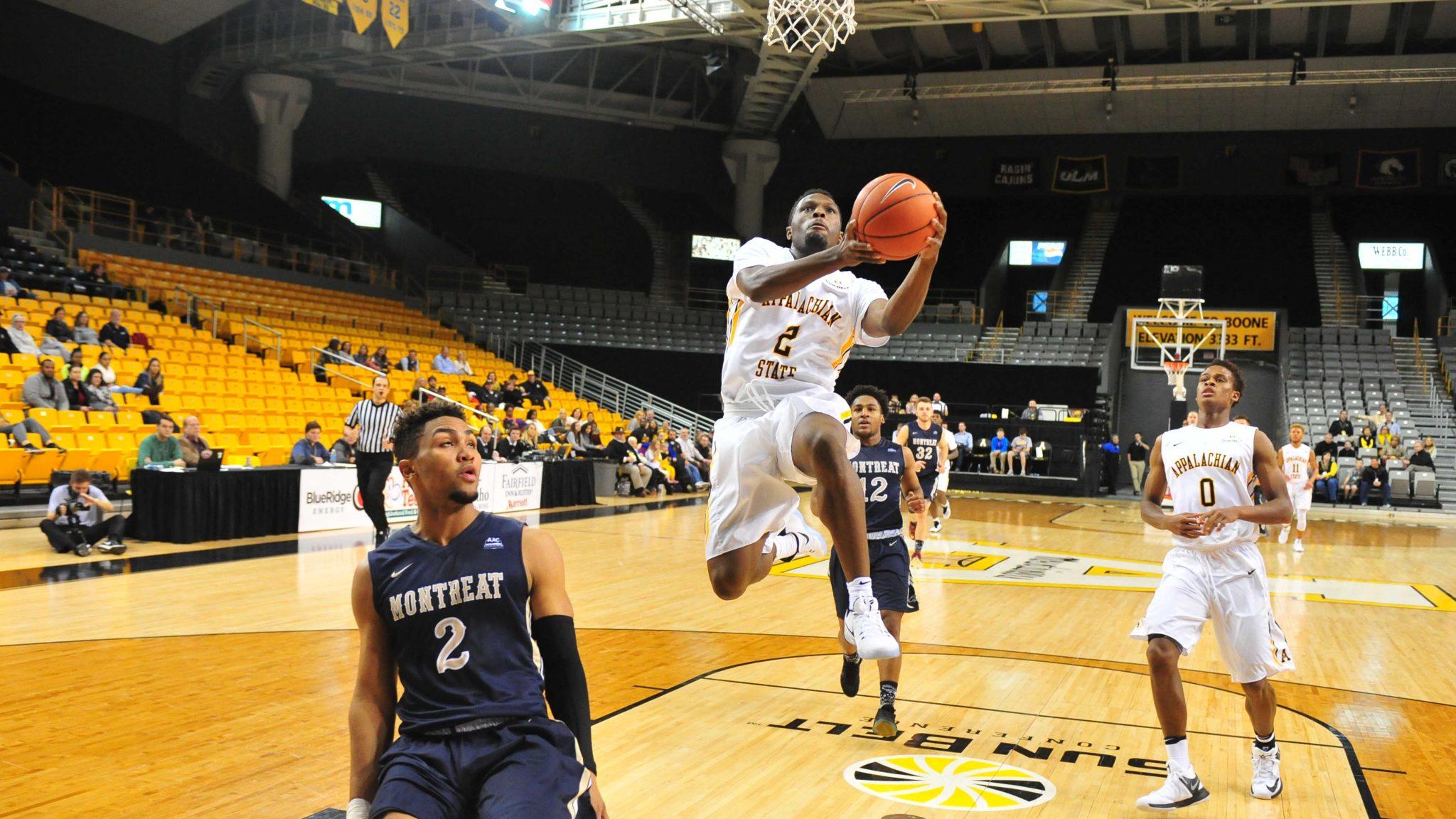 The 116 Mountaineer points were the second highest this season only behind the Holmes Center record 119 set earlier this season against Warren Wilson College.

After falling behind 5-0 early to the Cavaliers (9-2), the Mountaineers (3-5) put together a 17-1 run begun by a layup from freshman guard Kelvin Robinson and two big dunks from sophomore forward Tyrell Johnson.

That run helped propel App to another 60-point half leading the Cavaliers 61-31 at the break.

“I’m very pleased with our performance today,” head coach Jim Fox said. “We really executed well during this game. We always talk about winning the four minute segments, and we won nine of them. I was just really proud of the way our guys played coming off not a good performance last Saturday.”

That dominance continued into the second half, where it seemed like the Mountaineers were able to get anything they wanted posting 55 points en route to the 59-point victory.

App shot 60.6 percent from the field making it the highest percentage from shooting 67.4 percent last season against Stephen F. Austin.

Something that helped App play that well was recording 30 assists on 40 field goals, a season high and two shy from the school record, led by guard Patrick Good with six.

“That ties into practice,” sophomore guard Ronshad Shabazz said. “We were definitely looking to get people open and get better shots for each other, and hopefully the 30 assists can rollover to the next game we play and keep our heads focused.”

Unselfish play earned high praise from their coach, with practice paying dividends in the game.

“We targeted helping guys out,” Fox said about practice throughout the week. “Screening for them, cutting, getting guys open. We did that talking on offense, the way we play you have to talk on offense. We also did a pretty good job guarding our man today.”

Great defense lead to the Mountaineers causing 20 turnovers for the game, the second most this season, and turning that into 33 points off turnovers. The team also recorded 12 steals and eight blocks.

An energized bench involved from all the assists helped the Apps to the big win. Over half of their points were scored off the bench, 64, led by redshirt junior Craig Hinton.

“I feel like that’s behind us now, now that we got the good win out of the way,” Hinton said, talking about last week’s game. “Energize the team, we didn’t have that much energy at that point and I felt like I needed to come off the bench and provide energy for the team.”

On a side note, Fox had some interesting attire for the game: a yellow jacket given to him by Gerald Adams, or better known in the community as Mr. Yosef.

“My first day here Gerald [Adams] was wearing it and I said ‘Man I wish I had one of those’ and he got it for me,” Fox said. “I wanted Julia to know how much our team appreciates what they have done for our program and for all of App State.”

App State will travel to in-state non-conference opponent NC State on ESPNU on Dec. 15 where tip-off is slated for 7 p.m.