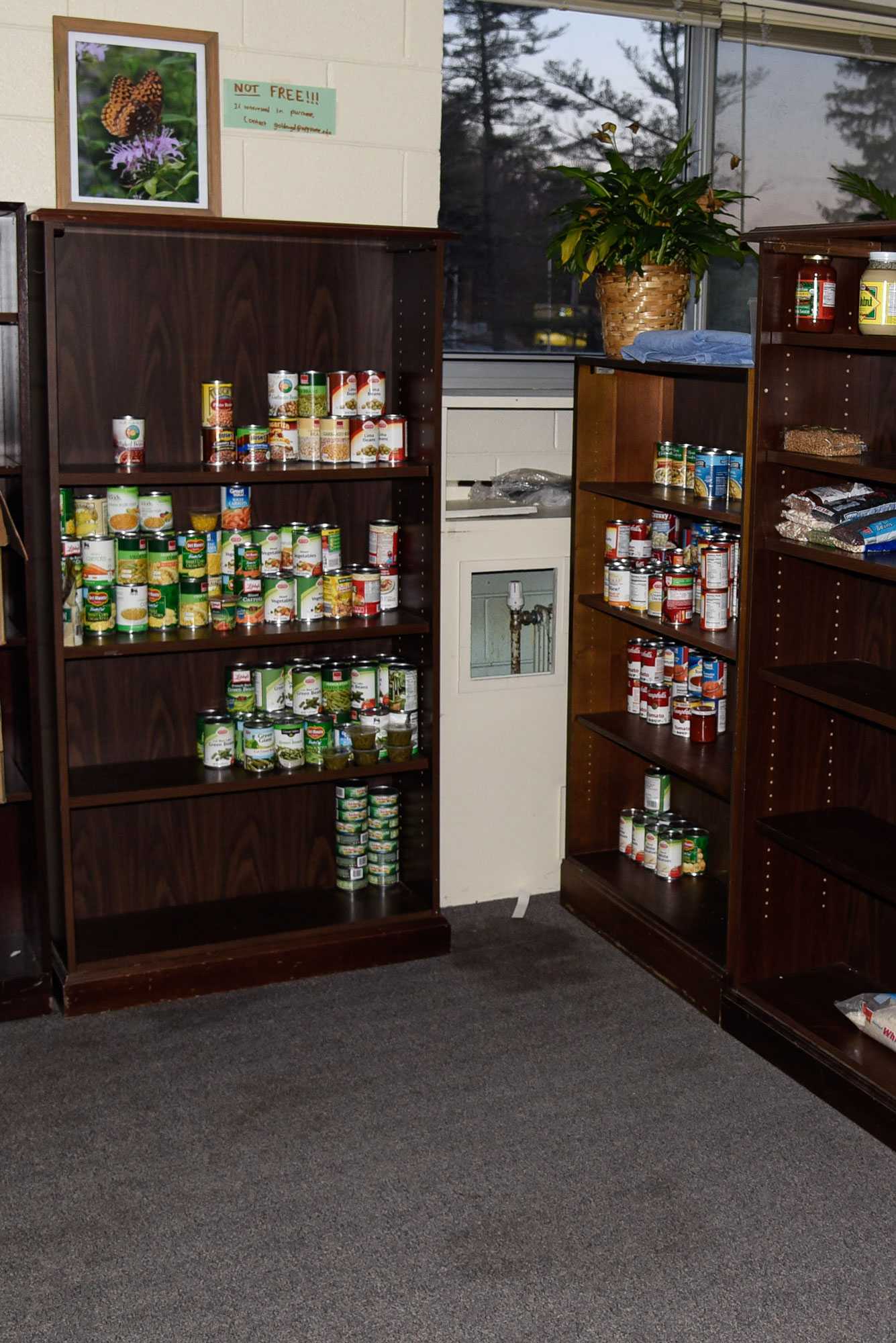 The Office of Sustainability’s food pantry. The pantry is located on campus in the basement of East Hall.

The Office of Sustainability has opened a food pantry and free store in the basement of East Hall across from Stick Boy Bread Company.

The “Feed Yosef” food pantry is open from 8:30 a.m. to 5 p.m., Monday through Friday, and is open to all ASU students, faculty and staff.

The food pantry carries and is looking for donations of kitchen staples and non-perishable food items including canned vegetables, dried grains and pasta. Donations can be brought directly to the office.

Lee Ball, director of sustainability, said the office plans to work with the Sustainable Development Teaching and Research Farm CSA, taking in the leftover produce.

Ball said he hopes the food pantry will help combat the food insecurity of students, which was recently found to be 46 percent in a study done by Lanae Ball in conjunction with Laura McArthur and several other southeastern schools.

According to a USDA survey from 2015, the national average of food insecurity per household is 13 percent.

“That was really a call to action for the university when we released the results,” Lanae Ball said.

Lanae Ball also said that of the four categories of food insecurity, 24 percent of Appalachian students fall within the lowest category, which is often associated with hunger.

Lanae Ball said it is important for students to raise awareness about food insecurity because many students may not realize how many members of the Appalachian community are affected.

Lanae Ball is also organizing in-class food drives for her nutrition students as a class project. Ball said that she hopes student organizations across campus will organize canned food drives as well.

Lanae and Lee Ball both expressed the importance of food security and social justice.