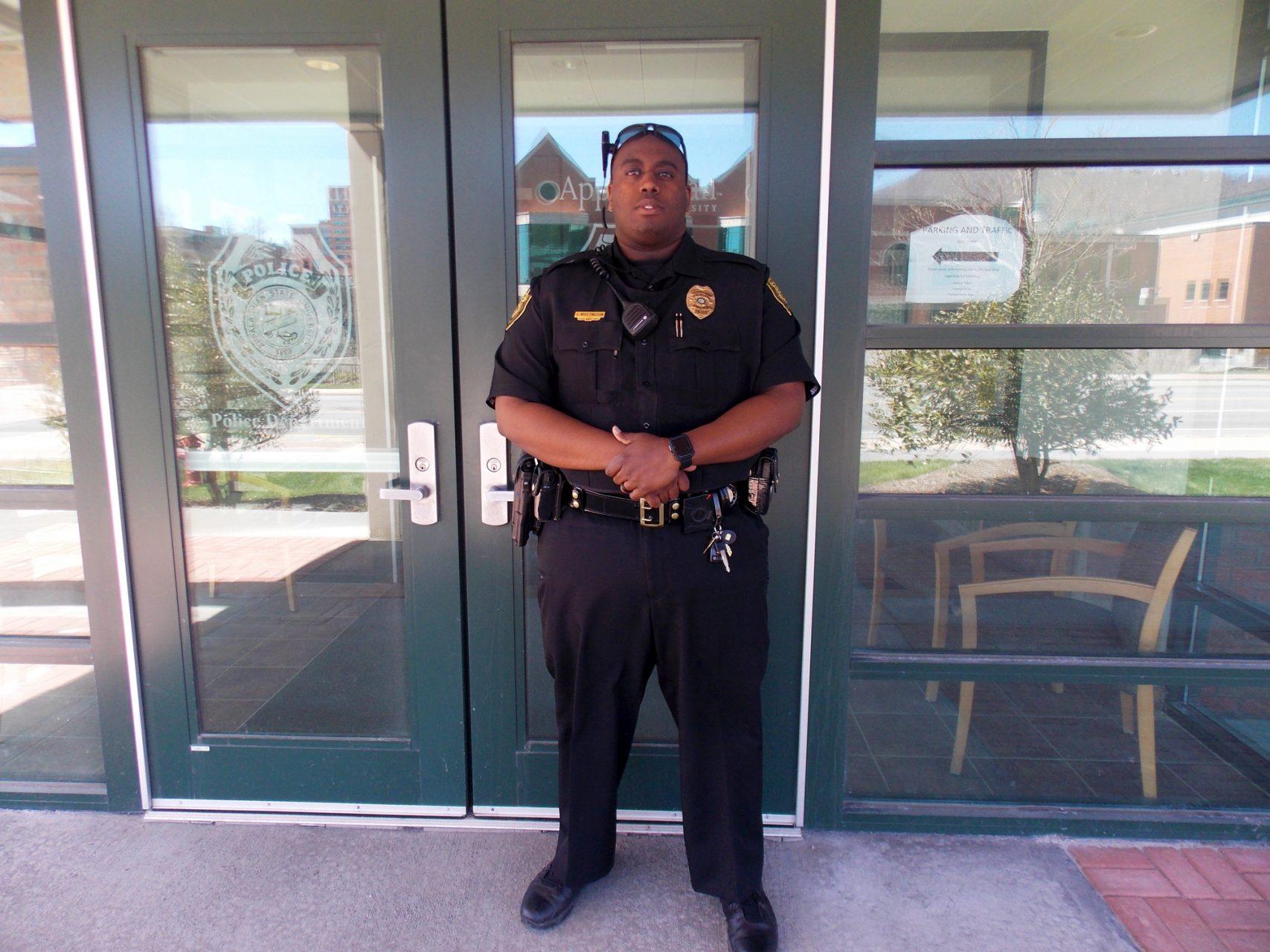 App State alumnus Ryan Whittington was named the “2018 Police Officer of the Year” by the Boone Optimist Club in May and received his plaque last week.

“The award is presented annually by the Boone Optimist Club as part of Optimist International’s Respect for Law week, which has been held since 1965,” according to the Watauga Democrat’s article on the 2014 recipient.

Since graduating in 2016 with a degree in Electronic Media and Broadcasting, Whittington has served on the force for almost two years and said he was shocked when he found out he would be receiving the award for “2018 Police Officer of the Year.”

“I just go out and do my job every day and do the best I can to serve campus and the community of Boone, but I am grateful for it,” Whittington said.

In the past, recipients of this award have maintained a variety of qualities. Some have received the award for a single heroic act, their quality of work over a year, or arrest statistics, according to Andy Stephenson, App State police chief.

“He displays the conduct that we expect of our police officers and is a great person to work with,” Stephenson said.

Both Whittington and Stephenson emphasized their appreciation for the recognition this award provides for police, as well as for their department that has supported them.

“I couldn’t have done everything without the men and women that I work with,” Whittington said. “It’s not just me, it is all of us together.”

Whittington is involved in several areas of community involvement, including safety presentations, programming and civilian/reporter ride along requests.

“There is no specific criteria for this award,” Stephenson said. “Whittington’s award was more so for his involvement in the community and for staying productive.”

The Boone Optimist Club asked the department to vote on who should receive the award, and then supervisors made the final decision, according to Stephenson.

Optimist International’s mission statement is that “by providing hope and positive vision, Optimists bring out the best in youth, our communities and ourselves,” according to their website.