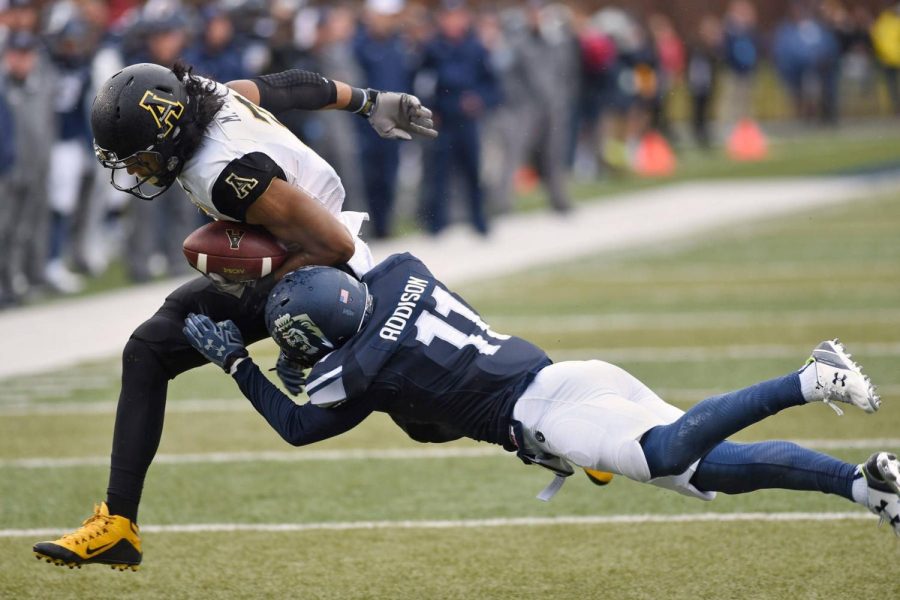 App State defeated Old Dominion in S.B. Ballard Stadium in a 49-0 trouncing in 2015. The Mountaineers have won by an average of 36.5 points in their two meetings with the Monarchs.

“We are thrilled to welcome Old Dominion University to the Sun Belt,” Sun Belt Commissioner Keith Gill said. “ODU brings a host of strengths to our conference. They are competitive across all of their sports, have a strong brand and are supported by a great fan base.”

The Monarchs were members of the Sun Belt from 1982-91 before departing for the Colonial Athletic Association. After competing in the CAA for 22 years, they jumped to Conference USA in 2013. Now, Old Dominion will return to the Sun Belt no later than 2023.

Old Dominion football transitioned to the FBS level in 2014, the same year as the Mountaineers. In 2016, the Monarchs broke out for a 10-3 season, culminating in a Popeyes Bahamas Bowl victory over Eastern Michigan. One of their three defeats came in a 31-7 loss to App State.

Since then, the program has gone 11-32, but new head coach Ricky Rahne and the jump to Sun Belt makes Old Dominion President Brian Hemphill hopeful.

“Joining the Sun Belt Conference is a game-changer for Old Dominion University and our athletic program,” Hemphill said. “We are excited about the expanded opportunities and limitless possibilities now and well into the future.”

In basketball, the Monarchs have accumulated 16 winning seasons in the last 18 years and have reached the NCAA Tournament five times in that span.

“On behalf of our student athletes, coaches and athletic administration, I want to express our gratitude to Sun Belt Conference Commissioner Keith Gill and the entire league leadership for this wonderful opportunity to join the Sun Belt Conference with all of its current momentum and potential,” said Old Dominion Director of Athletics Wood Selig.

App State and Old Dominion have met twice on the football field, both being won by the Mountaineers. In 2015, App State stomped the Monarchs 49-0 in S.B. Ballard Stadium. The Monarchs traveled to Boone the next year, leaving town with a 31-7 defeat.

The addition of ODU marks the beginning of a northern expansion for the conference. App State was previously the northernmost program in the Sun Belt, but Old Dominion now claims that title, being based in Norfolk, Virginia. Marshall is expected to join by the end of this week, stretching the conference to Huntington, West Virginia. By late next week, James Madison University, located in Harrisburg, Virginia, is expected to make its official announcement.

As with Southern Miss, Old Dominion will join the Sun Belt no later than July 1, 2023. The Monarchs will hold a press conference tomorrow morning.