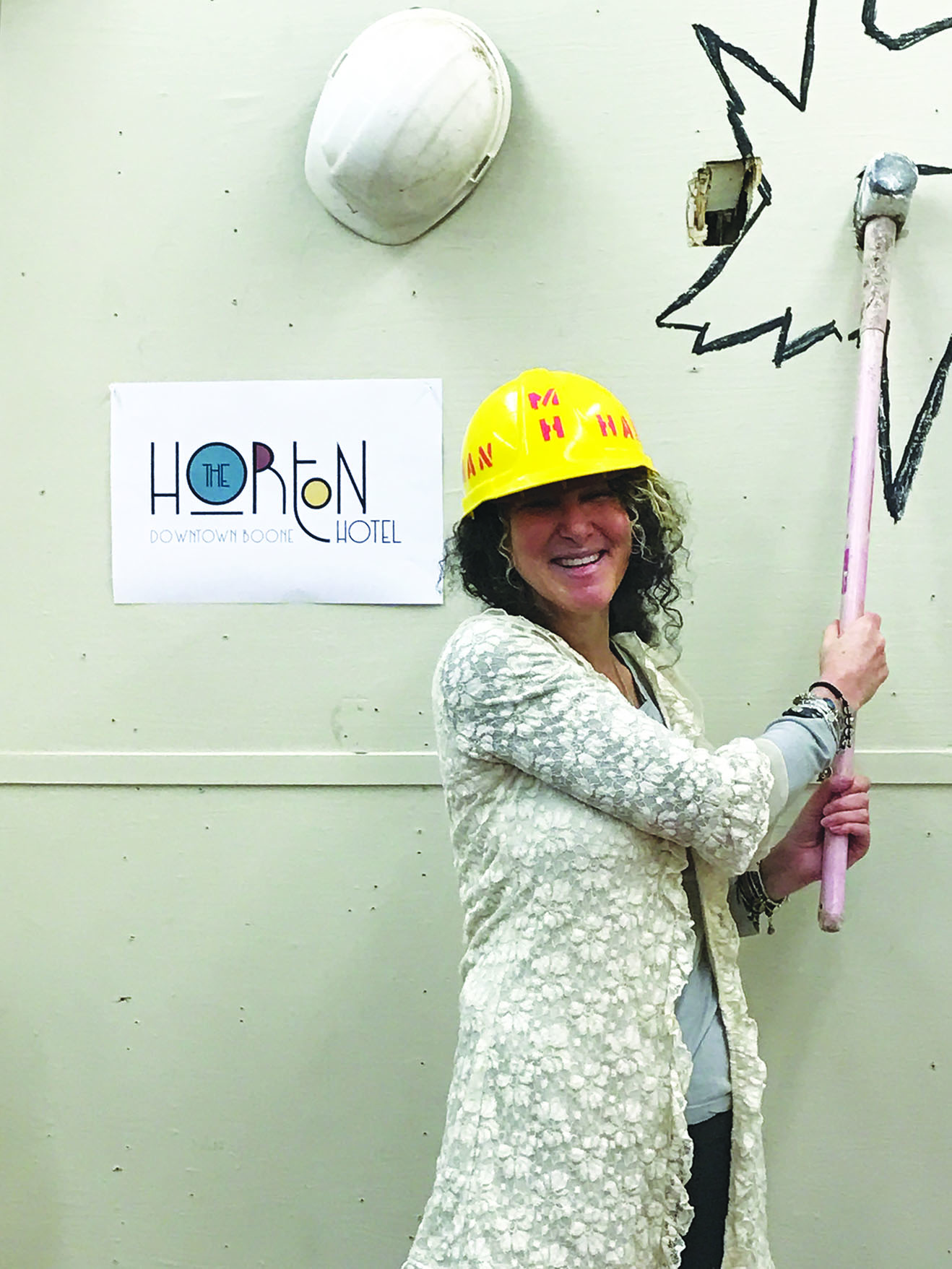 Denise Lovin breaking ground for the Horton Hotel. The new hotel will be on King Steet above Art Walk.

Just over 60 people attended the symbolic groundbreaking for the Horton Hotel in downtown Boone last Thursday.

Denise Lovin said she was excited by the community engagement and involvement with the project. “It really feels like it definitely is the community coming together and we’re going to build this thing with each other,” she said.

Denise Lovin said the plan for the hotel is a marriage of modern sophistication with Boone’s history and local culture.

Fulton Lovin said the building, which was built in 1924, has a lot of history they want to expose people to.

“With every old building there’s, you know, a lot of stories and with stories come knowledge and I think it’s kind of important to preserve the stories of our past so we can remember how things used to be,” he said.

Lee Rankin, owner of Apple Hill Farm, said she is excited to see a hotel in downtown Boone that reflects its history and believes the hotel will bring a more festive atmosphere to the town’s nightlife.

Mayor Rennie Brantz said he feels the hotel will be an important part of downtown Boone and will give visitors a central access point to all the downtown restaurants and entertainment.

Fulton Lovin said when he started researching the property he found an old picture of H.W. Horton riding his horse on King Street, which triggered an interest into the exploits of the original owner of the building.

Fulton Lovin said he found several amusing stories about Horton during his research, including one where he accidentally left a sextant that belonged to George Washington in one of the beds in his vacation rentals.

Fulton Lovin said his interest in Horton and the building’s history took on a life of its own and inspired him to name the hotel after Horton.

“If you’ve ever built your own building before there is definitely a, I wouldn’t say spirit, but a pulse there of the importance of who’s constructing it,” Fulton Lovin said.

Fulton Lovin said they hope to have the hotel open by next January.