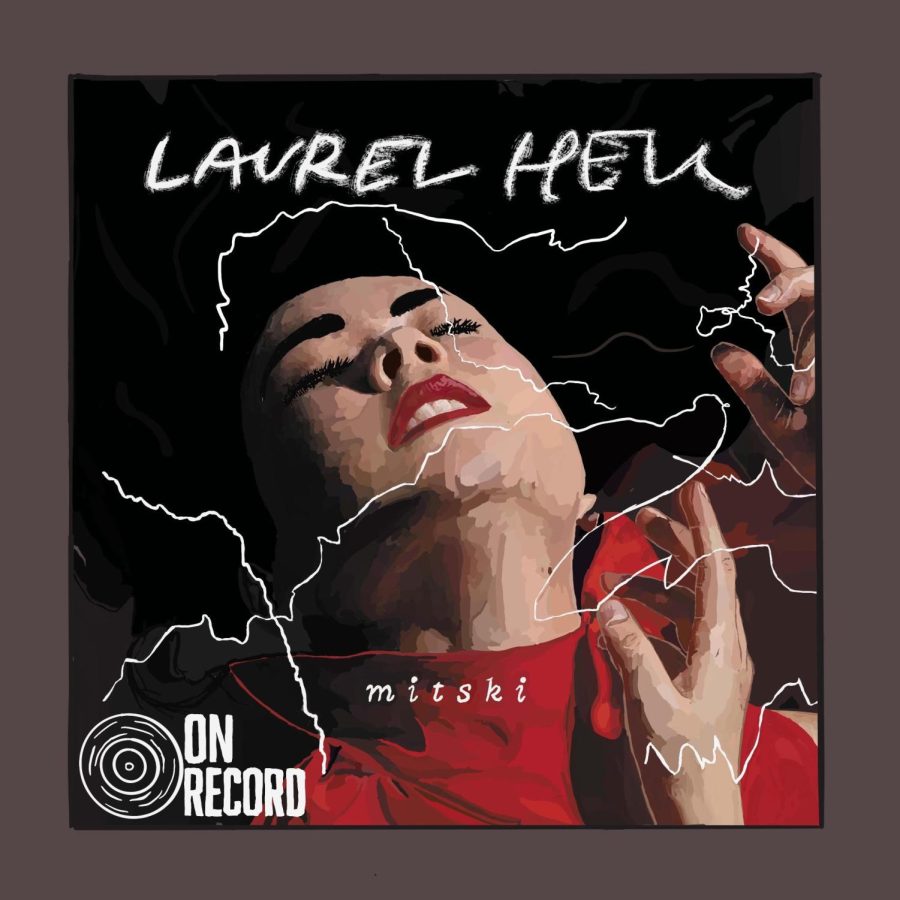 It’s been four years since Mitski gave us the iconic album “Be the Cowboy,” which was filled with tracks “Nobody,” “Why Didn’t You Stop Me” and “Me and My Husband” that helped solidify Mitski’s place in the indie-pop game. Now, she’s back with her sixth studio album.

Mitski released “Laurel Hell” Feb. 4. The record has a total of 12 tracks and is a little over 30 minutes long.

There’s a certain kind of appeal that “Laurel Hell” carries — a haziness and an allure that inflicts curiosity. With nods to its musical influences from the ’80s, “Laurel Hell” is yet another display of Mitski’s strong lyricism. While at times the instrumentation struggles to keep up, the record is a cohesive, singed escape.

Opening up the record, “Valentine, Texas” is a haunting track filled with synths and ominous chords. Mitski sings deeply as the instrumental builds up and explodes around the 1:05 minute mark. In the second verse, her vocals intertwine with a layered frenzy of instrumentals and the song takes off. It’s a grand opening to “Laurel Hell” and sets the expectations high.

“Working for the Knife” is a song any creative could listen to for hours and still feel shattered by the lyrics, as Mitski admits she cries at the start of every movie because she wishes she was making something too. The song is about “going from being a kid with a dream, to a grown up with a job, and feeling that somewhere along the way you got left behind,” Mitski said in an interview with Rolling Stone. Mitski’s lyricism is as hard-hitting as the clunky and rigid instrumentals and hammering synths on the track.

“Stay Soft” is an enticingly bold lure of attraction. Mitski announces early on in the song she is “your sex god” and is “here to take you where you need to go.” With a steady drum beat, the instrumental is riddled with slamming piano chords and touched with Mitski’s crisp vocals. This track does everything right — from the high-pitched jolt of piano chords before the chorus sending a sense of alertness through your spine to the stripped down, tension-filled second verse. “Stay Soft” knows how to get you excited and when to calm you back down.

“Everyone” is a low-lying track where Mitski opens her arms “wide to the dark,” and we see the first of a more serious, bare, brooding track. The instrumental remains relatively flat aside from the few synths that build up and come down in between verses. The pulsating beat throughout the track drags on until the end where piano chords take the track away, which is the best part of the song and is unfortunately only a few seconds long.

“Heat Lightning” is a slower track that has more instrumental depth than other toned down songs on the record. The instrumental builds up slower than tracks like “Valentine, Texas” and “Everyone” but feels more controlled. Mitski sings of giving up and surrendering to someone or something — with references throughout the song to insomnia as she sings lines like “I’ve laid awake since one / And now it’s four o’clock.”

“The Only Heartbreaker” is an exciting and upbeat track where the 80s inspirations of the record sit on a silver platter. With a steady drum beat, Mitski sings of being the heartbreaker in a relationship, the one who makes the mistakes and the only one with flaws. Sitting in the middle of the tracklist, this song breaks up the seriousness of tracks like “Heat Lightning” and “There’s Nothing Left for You.” It’s one of the more playable songs on the record — it’s instrumentally light-hearted, and the pacing keeps the track tame. It listens like a bike ride or a jog in the cold.

Calming down from the previous track, Mitski cries out for attention on “Love Me More.” This track takes all of the good moments from previous songs like “Everyone” and “The Only Heartbreaker” where the instrumentals are in your face and are tunneling to an explosive build up — along with a fantasia of glistening synths and echoes from a keyboard in the choruses.

Mitski sings of having nothing left to offer a past lover on “There’s Nothing Left For You.” Aside from the massive explosion of sound in the chorus, which is beautifully composed but also incredibly short-lived, the instrumental is dull.

After you get past the annoying childlike banging noise in the beginning, “Should’ve Been Me” is another high point of “Laurel Hell.” The chorus is incredibly grand as the snappy instrumentals in the verse meet the electrified, Elton John-esque dramatic organ chords. With an electric guitar solo after the second verse, the track continues to entertain, and Mitski’s lyrics actually take a backseat to the stately instrumental.

But immediately after the high that is “Should’ve Been Me,” the slow paced “I Guess” comes into play. It doesn’t necessarily slow the record down, but it just moves it along with the calm instrumental — although it does allow Mitski’s lyrics to shine.

“That’s Our Lamp” is a whirling depiction of Mitski’s realization that someone doesn’t like her anymore and her reminiscing of past moments in a room. It’s a grand running out of the apartment scene that feels very “roll the credits.” It’s a great closer for an album that started on such an forbidding note and brings “Laurel Hell” to a memorable end.

The highs of “Laurel Hell” are very high, but the listener is left wanting more after some tracks are cut short right as they start to develop. Mitski continues to display her strong lyricism abilities and it saves a few of the less notable tracks from being dismissable. Overall, the record is another generally impressive addition to the singer’s discography.